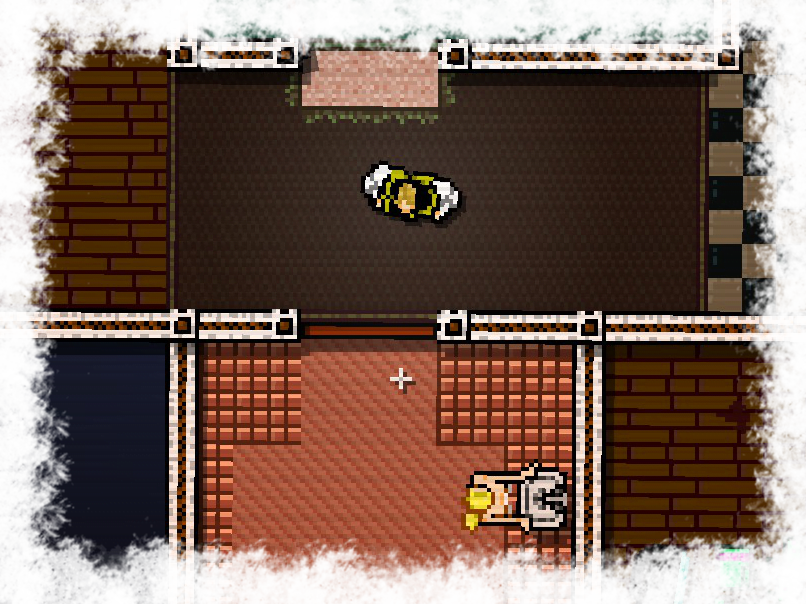 Let’s accept, ahead of time, that there is no such thing as purity in media. If there’s a piece of media that deliberately and as a point of its creation, never represents complexity or has room for interpretation, or strives to overwhelmingly represent a singular worldview without ambiguity, that particular media piece is probably closer to propoganda than makes me, at least, personally comfortable. Let’s accept that therefore, you can look at Hotline Miami as a scorching indictment of media violence and a disgusting, misogynistic piece where the only woman character is murdered, but. Let’s also accept that for some of us, there can be things in this game worth examining, worth picking through.

And I’d like to point, in the midst of the storytelling of Hotline Miami – a deliberately anarchic, achronic, incoherent mess of not-quite-narrative connective tissues – there is a story that you can find of the relationship between the characters for whom we have names of Hooker and ???? or now, Jacket. And I quite like the way that story is portrayed.

Yes, the story starts with a rescue, and ends in a refrigerator. Take those bookends away and look instead on the way this story conveys the meaning of their relationship. You never see dialogue between these characters. You never see a communication between these two people, but. The story of Hooker’s integration into Jacket’s life is a slow one. At first, his spare bed has blood on it – showing her recovering from her wounds, then the house is cleaned up, then you see her around the house, and it sort-of-culminates at one point with the beds being pushed together, and made up as one bed. As a simple beads-on-a-string sequence this probably seems a bit weird, a bit stark, but it’s the things the game doesn’t say interested me in this sequence.

In this game, doors are completely transitory barriers. There is a total of two doors that you don’t treat like a line of sticky-tape and flip on through at speed. One of them has a bomb behind it, and this one.

Now of course you can interpret it as simply as ‘she’s locked the door’ or ‘the devs want to avoid interaction with her so they don’t have to code or program that.’ Fine. That’s an option. But Jacket is a character who conveys almost nothing about him(?!)self. In this situation, I choose to read this – and I feel it is a coherent reading – that in this place, in his home, Jacket simply respects the boundaries Hooker has. She’s busy. She can come and go on her own time, and she is there because she chooses to be – and their relationship, while it starts with a rescue, doesn’t jump from rescue to sex to couple.

Or I guess to summarise: Media can be bad and good at the same time.