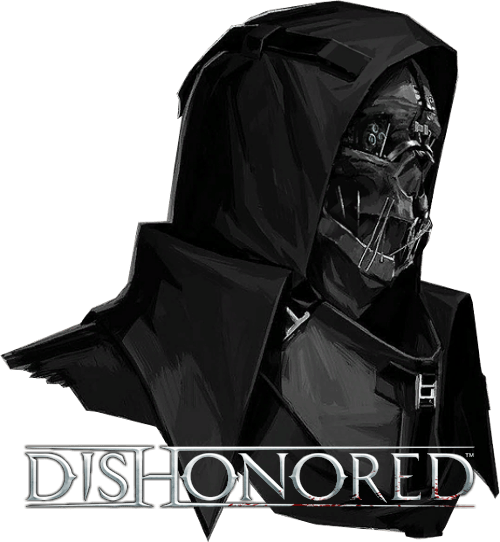 God, I love this game.

Dishonored was a 2012 original-IP project that came out of Arkane studios to the sort of hushed reverence we reserve for albums from long-dormant artists. To this day I can’t tell you the names of the people who made it but we knew, based on all the news around it, that Dishonored was being made by people who knew what they were doing, and if they just could avoid screwing it up, we’d have something really special on our hands.

I have sunk almost two hundred hours of my life into Dishonored, a game that is renowned for being too short and reptitive. In its cornucopia of achievements, I’ve somehow managed to find these hours of tense pleasure without ever actually raising a gun on someone.

To me, Dishonored is half a game, and a half I fucking love.

I’ve written about Dishonored to some extent, in the past. Reviews of the game and its DLC, and a single article about Corvo as a representative of the Dads Of Gaming. I know I bring it up almost any time I’m talking about Stealth games too. Still, this month I’m going to take a little bit of time to talk about this game that’s eaten so much of my time and I’ve enjoyed feeding it.As a communicator about games, I find great value in the small phrases, the short ideas we use that can explain what makes a game engaging, or what sets the tone of a setting. It’s one thing to see a six minute cutscene, but when you’re talking about the game with someone else, there’s an importance to being able to set the tone with your words.

In Dishonored, Revenge Solves Everything.

I have had a pet theory about Dishonored for some time now, about the nature of Corvo’s voicelessness and viciousness. Here’s a sequence of events as presented by the game:

Now, that’s all actually in the game. There’s no ambiguity about the above.

An interpretation of this sequence of events, explaining the voicelessness of Corvo, is that the torturer, while abusing Corvo, damaged Corvo’s tongue. The purpose of the torture was to extract a confession from Corvo that Burrows could use for political purposes. Now, setting aside that Corvo almost certainly would never do such a thing, because Corvo is pretty clearly a human being made entirely out of iron, if you were the outsider, and all the fun part of the story comes after Corvo escapes, with a mad-on for revenge in his mind, wouldn’t it be the easiest way to guarantee that he doesn’t do it to mess with his tongue?

Now, not quite destroyed – Corvo does have dialogue choices later in the game where it’s probable he’s talking (“burn them, Piero” vs “put them to sleep” indicates an actual spoken sentence to me). But certainly mangled. Mangled enough that when he does speak, it’s in short, breathless sentences.

You get as a result, a Corvo who can barely talk, wracked with PTSD, who has a reason to hate, hate, hate the people who captured him – and that creates the central tension of Dishonored.

How much violence do you use?

The notion of not using violence isn’t up for consideration. Even avoiding confrontations in stealth mode of the game are just so you can later use types of violence on your actual subjects. You’re staying your hand, along the way but that hand is always a clenched fist. The question is how tight.

This idea isn’t perfect, of course. It could be full of crap. But it’s still, to me, an interesting question, a hypothesis in the space under-explained by the creators. Did the Outsider have Corvo’s tongue mangled so he could observe something he thought was fun? It wouldn’t be out of keeping for the Outsider’s completely amoral perspective. It’s not like the lives of the people involved matter.

The Outsider, after all, is just bored.