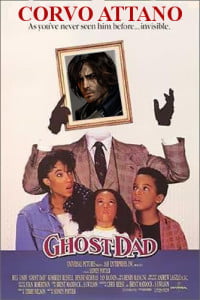 There’s been hay made about the daddification of videogames. For those of you not particularly clued in, the complaint runs fairly closely that when videogames were called upon to branch out and diversify from smart-assed wise-cracking twelve-year-old male protaganists in adult bodies power fantasies, and create characters who had some emotional depth, only one character emerged; a thirty year old male protaganist power fantasy. The fantasy was a robust one, because most guys making games were old enough to make or be dads, and since they were kinda steering the stories that’s what we got; a deluge of male authority figures whose emotional complexity oriented around the protection or recovery of a little girl. This trend was so common as to be laughable – culminating, I feel in 2013, a year that gave us Bioshock Infinite and The Last Of Us, two triple-A shooters where yes, there’s an emotional story to tell, but it’s an emotion that relies on a second party being infantalised and the drive to protect her being justification for brutal power fantasies.

I pay close attention to this trend because I know it affects me. I’ve always had a love for the person who beats on a bully, or the justifiable assault. I mean, if you know the point of Walk Tall, that was basically my family’s idea of a morally acceptable action, as a byproduct of our horrible fundamentalist Christian outlook. We wanted the power fantasy but we would jump through ridiculous hoops to justify it. When a game Daddifies the protaganist, then, I feel a thrill up my spine that makes me feel a lot better about being who I am. One game that Daddified and did it hard was the stealthy, stalky, talky, stab-em-up Dishonored.

I like Dishonored to an unreasonable degree, in that I have a collection of 300+ games and somehow I keep going back to play this one game, even after achieving the Ghost achievement which either indicates great skill with the game or a patience with the save-and-reload keys beyond mortal ken. Even weirder, despite there being a way to play this game where you actually kill people, I’ve never tried it. I generally consider Corvo the killer as a mistake, an error in play, and I think that’s part of the daddification.

Corvo, in my mind, is one of the best Dads in games, because Corvo’s power fantasy is one of restraint. If you want to play Dishonored and play it easily, that’s not hard. Just kill people. Combat in that game is pretty damn fast and easy. You can shank people in the neck and chain that into another kill, so even two enemies at a time are easy. To play Dishonored without killing people takes time, patience and effort. It’s a real challenge. It’s legitimately hard, and killing people makes it easy. That, to me, is an interesting morality system; good actions, mercy are in fact harder than evil actions. Good vs evil choices where evil is just mustache twirling is boring; I like Dishonored because there is a temptation, when you grow frustrated to just take the easy route. To just snap and start stabbing people in the head. That makes Corvo staying his hand, a power fantasy, but the power is internal. It is the power to look at himself and say No, I won’t do that, and there is one possible reason for why Corvo wants to hold back.

He wants to be a good example, a good father figure for Emily. The temptation is there for him to fall, to let Revenge Solve Everything… but he can stay his hand. He can resist, and that moral strength is more interesting to me than any amount of excessive violence and yelling WHERE IS SHEEEE you’ll find in other daddified characters.