And now, a roundup of the custom cards I put out every day of this month. Here’s a break so any WOTC employees who stumble upon this won’t necessarily see unsolicited designs! 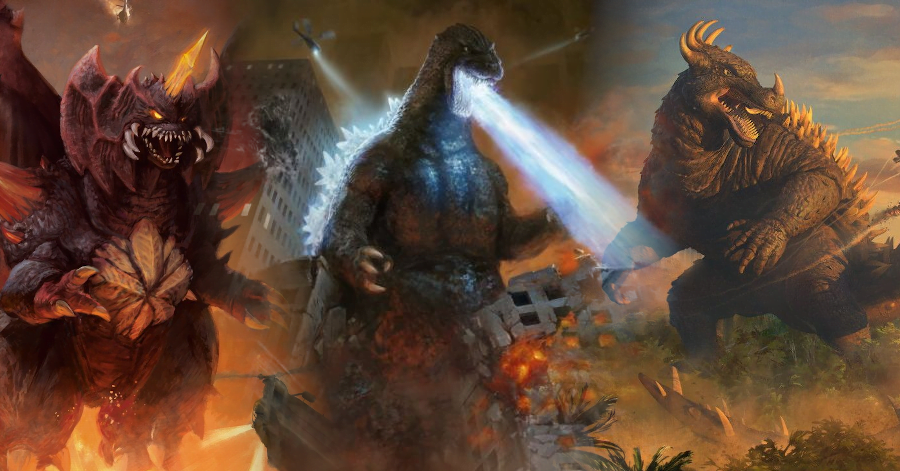 In March, I did a theme of Boros cards, and after a month playing in small, efficient and often card-advantage minded red-white cards, I wanted to do something that involved lots of big dumb monsters in the colours I’d been ignoring for a month.

I talked to Fox, an absolute Just A Casual Magic: The Gathering fan and all-round Big Creatures Good And That’s Why I Should Win player, about what she considered ‘big.’ There were a few conversations on it, where she gave different values, and how toughness was necessary to be ‘big.’ The net was that any given creature to qualify as big needed a total power-toughness combo of 9, and it couldn’t have a particularly small toughness – like, X/4s were borderline.

In addition to just a lineup of the Beefiest, though, I wanted to design some cards that get out of hand – I think of Vinelasher Kudzu and Quirion Dryad as ‘monster’ cards.

Here then is the gallery!

This is a second iteration on most of the cards. Now, Strixhaven happened while this group was being made, so there’s some wording in here that would definitely have been done differently if I had my time. In fact, there’s an element of wording, in general that I want to address. Why I use reminder text all the time, and why I so rarely do flavour text.

That means that by keeping reminder text, and not forcing flavour text means text is more likely to force me to respect those limits.