Sometimes playing Dungeons and Dragons 3rd edition was like playing a game under a Mexican standoff. Part of it was our maturity as players and part of it was a very programmatic view of the game rules. There was a fairly widespread, commonly seen vision that there was a correct way to play the game, and you could use precedent and rules and various senior authorities to make your position the correct one. The thing is, these arguments weren’t fun and they’d eat all day and you’d get sick of them, so you wanted to avoid them.

What’s more, the game was so big that it wasn’t very easy for a DM to be sure about what their players could do, and it was often very awkward to roll with it when a player did something unexpected. If you were particularly strict about things, you’d sometimes watch as the game juddered to an almighty halt as you nerfed a player in-action, putting your foot down at the right moment to make a player feel bad. Especially bad when players had common goals, but you had to reign one in while leaving the other unrestrained. Rightness of it notwithstanding, it felt bad.

It wasn’t like the design didn’t encourage this kind of mindset, too – there were all sorts of monsters which were made explicitly to shut off particular abilities of player characters. Golems often were immune to magic in all but extremely specific ways, many monsters had totally unreasonable damage reduction or really weak saves in one category, and that was meant to represent a way that the players could prey on weak points, or, that you could punish players for their failings. DMs knew they had ‘the nasty stuff’ they could bust out, and it was stuff that almost never had any meaningful reason to be the way it was. You didn’t need to put Gricks anywhere, Gricks didn’t have powerful resonance. You didn’t need a Golem, representing a wizard’s hubris, you could just use all the other more interesting things wizards could do. Wizard players would never flipping bother with making a golem, too.

DMs stayed away from these things unless the players got uppity, and the players, in order to avoid arguments, tried to avoid getting uppity. One of the easiest ways to get uppity was to show off that you could exceed the challenges presented by the DM – which really, in hindsight, is such a silly thing. If a fight’s over fast, just implement that knowledge for next time.

What this meant is that if you wanted to min-max, you kind of wanted to min max within boundaries of what the DM could handle. Combat was a good place to stay, because even the nuttiest combat build still tended to be limited by where it could physically stand and how many actions you got in a turn. Wizards could sidestep entire combats with utility spells, or scry-and-die boss monsters. Clerics could make armies and take over dragons, and druids were all that on rocket skates. The Artificer and Archivist waited nervously in the wings, hoping nobody would notice them, because they were somehow more busted than the other spellcasters.

If you wanted to min-max a melee combat type, though?

Well, boy, you could go buck. wild. there and it wouldn’t really matter too much. The most broken melee combatant in the game you could make was probably a wizard or cleric, after all, so if you got there without doing any of that nonsense, you were usually seen as ‘playing fair.’

So let’s talk about the Singh Rager, a 3.0 orphan that got nerfed by 3.5, and was good enough even after the nerf. 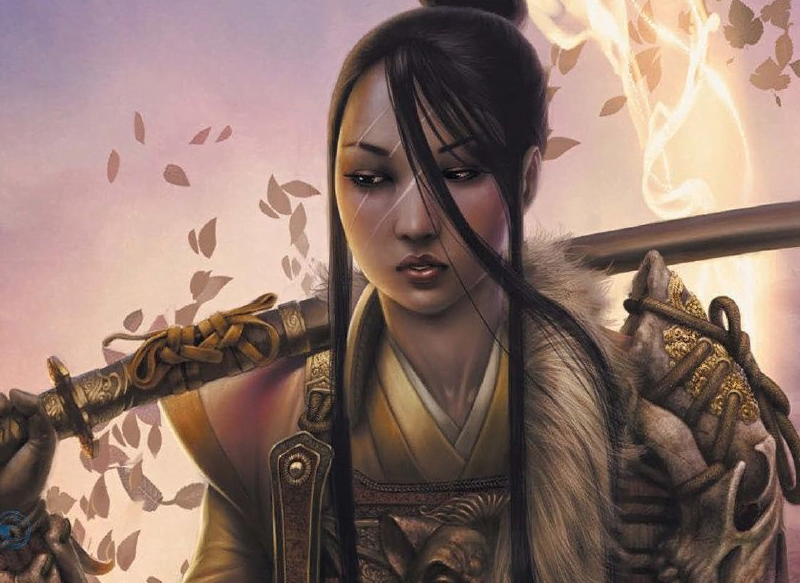 The 3.0 book ‘Oriental Adventures’ was a damn mess, starting with the title, and it didn’t end there. The book had to grapple with the existing ‘Oriental’ character class, the Monk, and introduce the Samurai as somehow meaningfully distinct from the fighter, Barbarian and Ranger, and it just didn’t work out well. Also they tried to introduce a mechanic to represent the intense staredown-slash moment of samurai movies, with the Iaijutsu Focus mechanic, which made fighters into pseudo-rogues and made initiative even more important.

Anyway, none of the stuff in this book was great. The setting wasn’t looking for really powerful spellcasters, but it still operated on the idea that the fighter was ‘good enough.’ It wasn’t until the 3.5 book Rokugan that they really got their hands on the idea of letting fighting characters Do Cool Things.

This makes the Singh Rager seem more like a typo that got wild. Because the Singh Rager, if you wanted to play a character whose job was close on an enemy and mess them up, was easily one of the best characters you could ever make. The requirements were pretty stiff – you had to be level 7 or so to get there. Since most Prestige classes started around level 5, you could even squeak in some cool class that gave you 2 levels of neat stuff and related abilities, then jump into the Rager and follow it as far as possible.

The Singh Rager gave you full base attack bonus. It gave you a d12 hit dice. It gave you both good Fortitude and good Will saves, so two good saves instead of one. It gave you bonus feats to improve the features you took to get into it. It gave you a boost to that ability that you couldn’t replicate with a feat. It gave you immunity to a bad effect and resistance to a whole family of effects. This would all be pretty decent as a fighter prestige class went.

Then it gave you Rage. Like a Barbarian. And then it advanced that Rage to catch up to the Barbarian.

Then it gave you Pounce.

And then, on top of that, the Singh Rager could give itself free, extraordinary haste.

Haste is one of the spells that represents the breaking point of balance in 3.0. It didn’t give you extra movement or attacks, it gave you an extra action. A Singh Rager, in 3.0, could charge an enemy, smack them a lot, then use their extra action to make a partial charge at someone else and make another full attack action.

I guess the thing with the Rager is that it granted one of the most important things in the game: It granted time. The center of D&D is the idea that each player is taking turns to try and solve the puzzle of combat, and that’s part of what puts tension around attacking and missing. When the Singh Rager came out to play, they broke that economy all over the place. It wasn’t unheard of for a Singh Rager to blow up a minor enemy in the first turn, close with the boss for the second, and be pumped up and ready to do survive an alpha strike, while the rest of the party closed in around them. It was amazing to see in action, kind of like Vanguards in Mass Effect 3.

In 3.5, Haste was altered so it granted you one more attack when you made a full attack. And the Singh Rager, with her pounce and her rage and her ki shouts (oh, those could be made a free action), looked at herself and her – inevitably enormous – no-dachi and went, “you know what, that’s fair.”

Man, this class was cool.

And you always knew you weren’t doing anything too busted.