It’s CanCon this weekend! I’m going to be running a stall down there, selling the latest and greatest of Invincible Ink indie card games, art and bricabrac. It’s the hottest weekend of the year, traditionally, and I’m going to be in a city that has air quality comparable to Beijing, because the country is probably still on fire as I write this.

It’s also the biggest board game sale in the country in the year, and it’s one of the only times that several large game companies in Australia run ding-and-dent discounts and it’s a nation-wide bring-and-buy where you get people’s secondhand games and games that have just lost their appeal to their owners. Because I’m still a poor kid in the back of my brain, seeing a game that’s normally $60 for $10 makes me feel like I really need to get it. Last year my natural fear of making a mistake meant that I came home with few of these purchases, but there were some purchases I regretted, particularly not picking up a $10 copy of Murder of Crows. I have a copy of Yamatai and a copy of Starship Samurai which I got from a garbage heap, and I got my niblings some beloved games too.

It’s a few days out though, so I am making a little list of games that I want to keep in my mind and keep an eye out for in the garbage dump because if these games are really cheap, I might want to grab ’em.

That said, couple of reasons I won’t want to pick up a game when I actually get my hands on it: I have to pack the games into the car and get them home over four hundred kilometers. Space spent on stuff is space not spent on putting my feet somewhere and avoiding sweating. I also don’t want to spend too much on anything. And maybe I’ll find something that excites me in a similar way and I’ll grab that instead.

This isn’t a preview list, and I honestly don’t expect to get any of these. But I do get to say going in I had a plan.

1. Trogdor The Board Game

I am figuring that if I’m going to see this Kickstarter game for less than a hundred dollars, I’m going to be getting a second hand copy. I don’t expect to see the bells-and-whistles version, but this seems the best way to overcome the shipping costs of moving a huge box of stuff.

Why Do I Want It: I love the source material, for a start. I also like co-op games, and games I can share with my niblings and add to my quite malnourished cooperative game collection seems great to me. 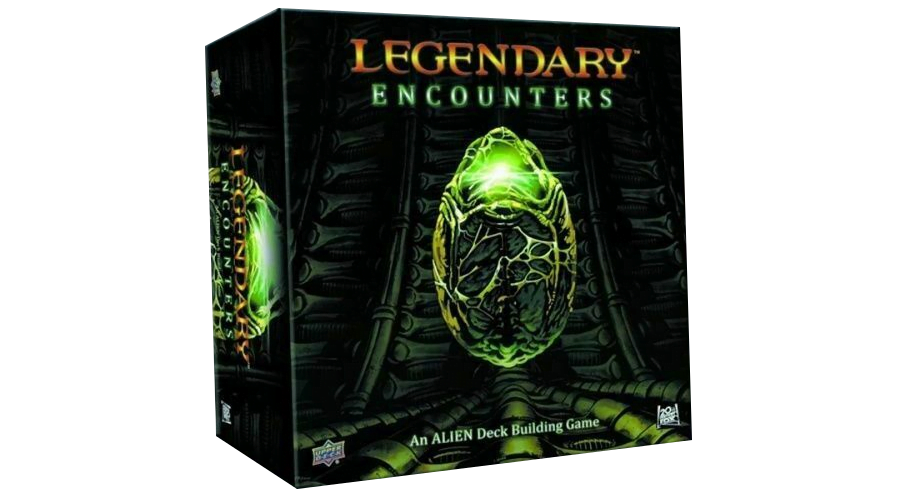 This one is one I absolutely do not expect to get. First, it’s in my local store anyway, where I have credit if I want it really badly, and it is a brick of a box too. Like if I see this game for like twenty dollars (and I will not), I’ll still have to umm and ahhh about it because getting it home is going to be like packing an extra box of stock. Still. As far as deeply thematic games about existing franchise properties go, this is a pretty cool one and I hear the Legendary games do a bunch of cool things.

Why Do I Want It: It’s a cooperative deck builder with a strong theme and it’s self-contained. I have had a hard time finding where to start on Legendary and this might be a fun place to start. 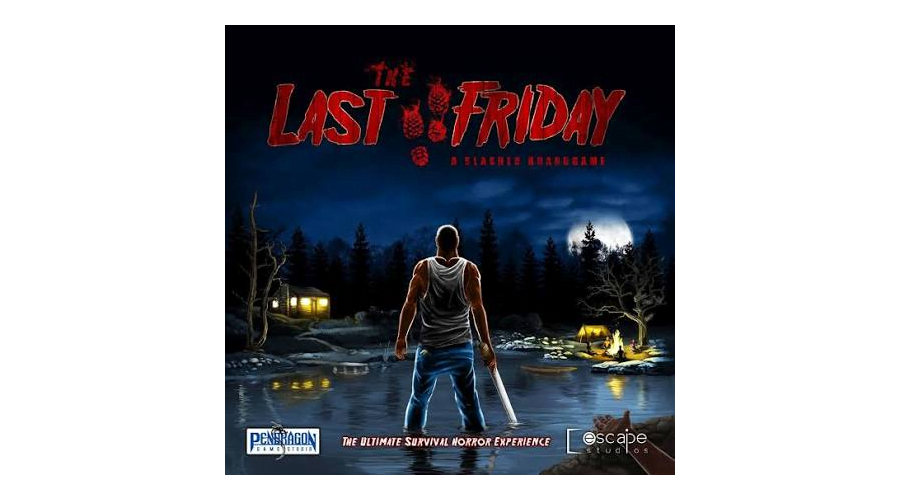 This is a hidden movement game modelled on slasher movies. The big twist of it is that while the first part of the game is the killer hunting counsellors, the second part is the counsellors hunting the killer. That sounds pretty great to me and I don’t currently have a hidden movement game in my collection. Also, and it’s very important, the theme may actually appeal to one of the players in our group who loves slasher movies, and I’d love to see how he responds to it.

Why I Want It: Theme, it’s a type of game I don’t currently have, and I think a friend of mine will really like it. 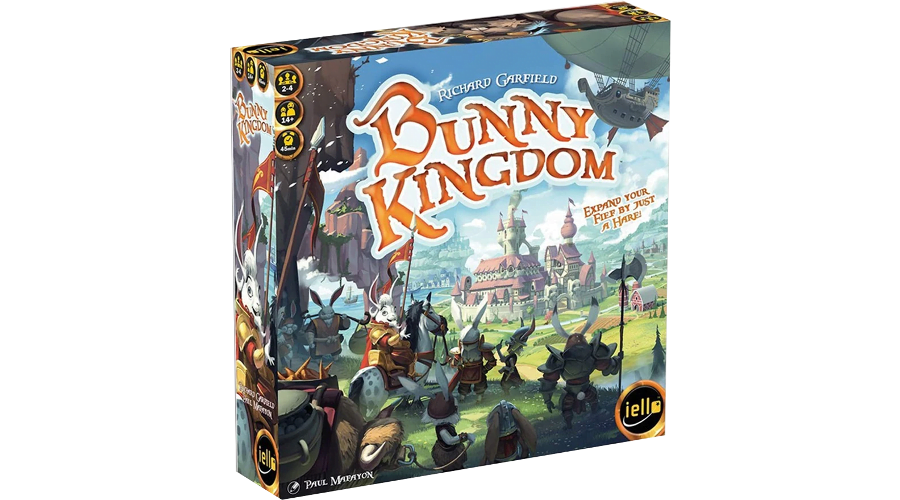 I don’t actually have a solid, 2-4 player economic game where you make some stuff, and get some critters and at the end the player with the biggest hat is the winner. I do think if I got another economic game with some minis I’d want that instead, maybe something like Dawn of the Peacemakers, which well, that’s a cooperative game so it’d hit two notes for me.

Why I Want It: Richard Garfield’s name is on it. This one stands out to me because it’s not massively selfserious and it’s really cute. 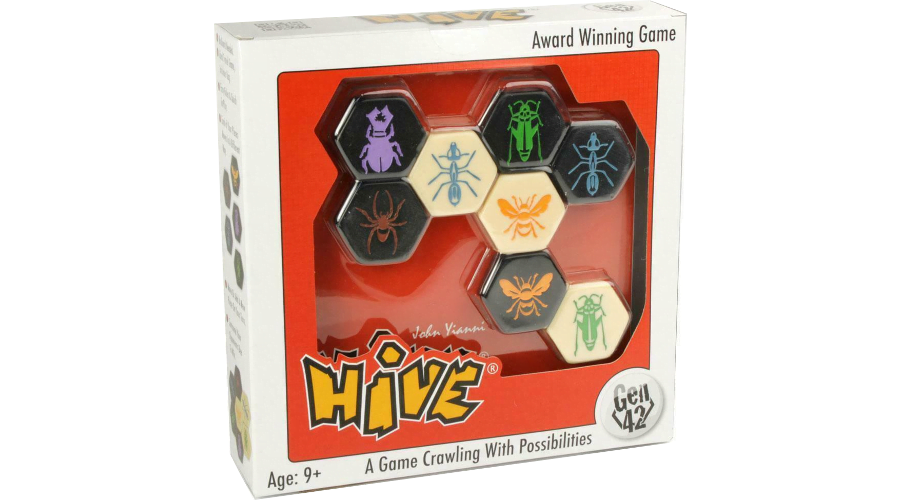 Hive’s a game renowned as being for clever people, and it’s a sort of Chess-like game that has the luxury of being not chess (and therefore you don’t feel you need to learn an enormous amont of pre-existing knowledge). Though a friend has made Hive copies that are really nice sounding, so I may want that.

Why I Want It: Small box game, lots of replay value, something that I can play a lot of rounds of with a single friend. May make a good game to pass on. 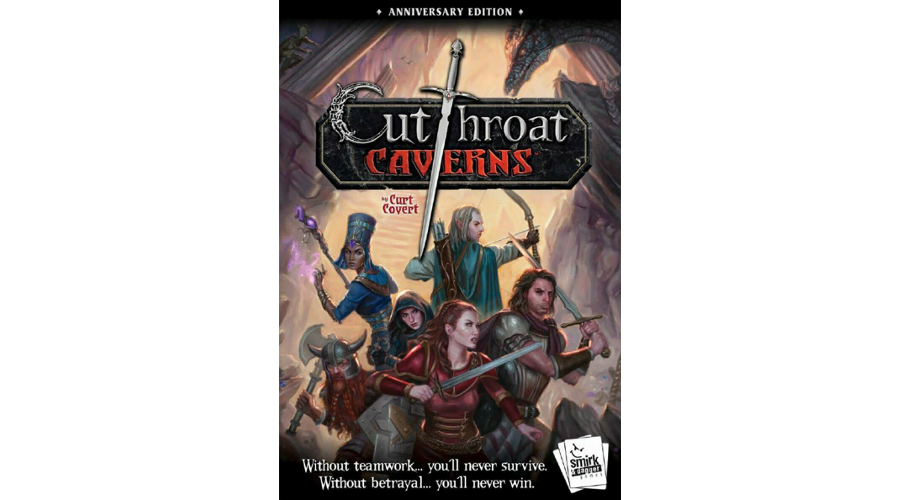 It’s a small box card game with a lot of tension to it that doesn’t require tons of lying nor (hypothetically) tons of setup. In this one you’re all playing adventurers going into a dungeon to fight some super weird monsters, and the person who gets the killing blow gets the lion’s share of the kill – which means you spend your time hanging back and trying to avoid doing the bulk of the work when you can’t get the bulk of the reward but if you don’t do enough you all die. It’s a kind of group push-your-luck game.

Why I Want It: Look, I was disappointed with the Bloodborne card game (spoilers for October I guess) because it was basically this game, but it wasn’t funny. This is funny. This is a game where at the end you might find you’re a werewarthog and now the other players get you as a bonus boss. If a similarly small deck game becomes available I may want that. But then small games are easier to justify taking home! 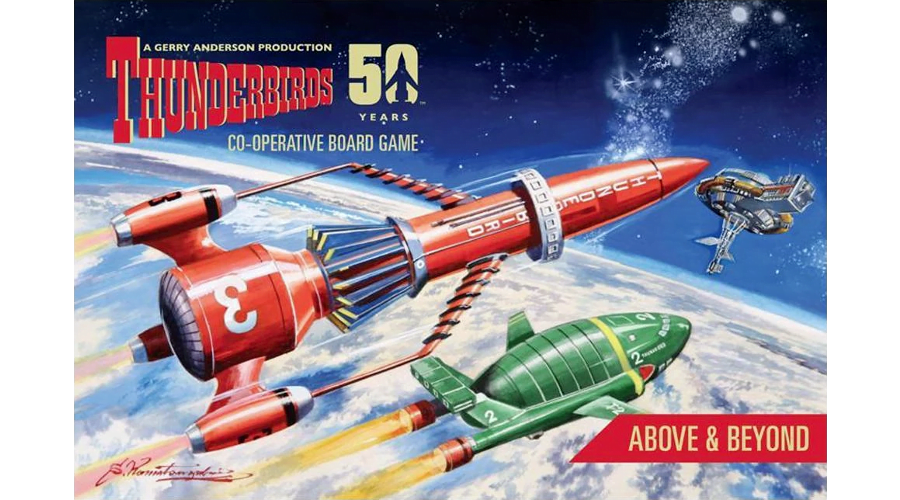 7. Thunderbirds The Cooperative Board Game

Pandemic is really well regarded. I don’t want Pandemic because I don’t want to think about global failures of infrastructure like that. But Thunderbirds is built on the same engine and it comes with a tiny pink car.

Why I Want It: A co-op game that’s nephew compatible and has more flavour and character to it than the somewhat cereal-ish Forbidden Island. 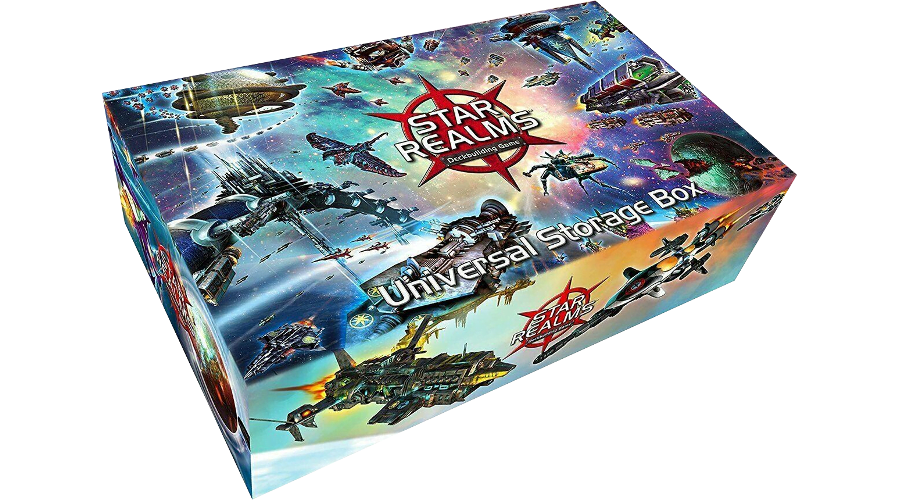 I have Star Realms on my phone and a physical copy and it’s a really, really good game. I’ve played the hell out of the app and my physical copy is to say the least beat up. It’s a game with expansions that add in things like commanders and a cooperative mode, and there are a couple of good storage solutions for it already in place. This is one of those options where I kind of don’t think there are clear alternatives.

Why I Want It: I like this game and my copy is beat up so some sleeves and a nice box seems obvious. 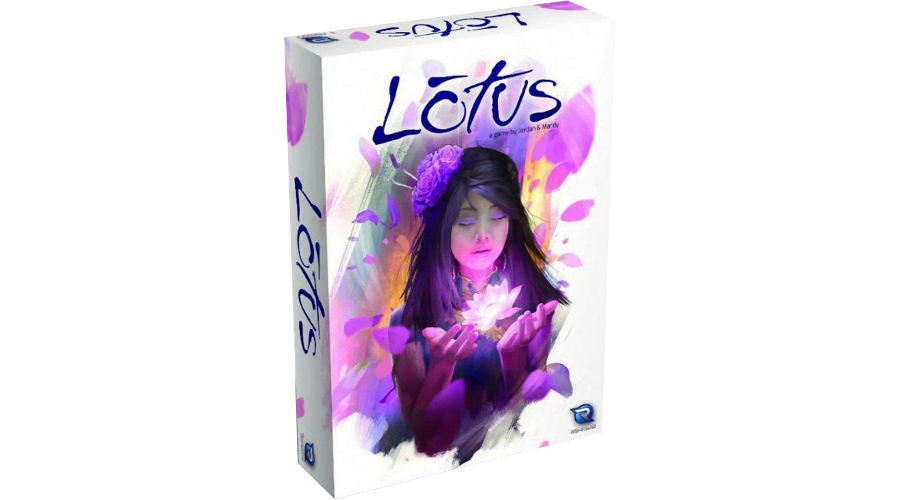 Lotus is a small box card game about making beautiful flower arrangements and tactical position. I’ve been thinking of this game in terms of games I can share with my mum. Thing is, I don’t think Lotus itself is a likely pick, because it’s mostly about managing a hand and hidden informtion, stuff my mum is just not that into. She’s big on Patchwork so far.

Why I Want It: I want something that my mum can enjoy. It’s likely to see Lotus for cheap in the ding-and-dent or second-hand, maybe worth to grab just because it’s nice. 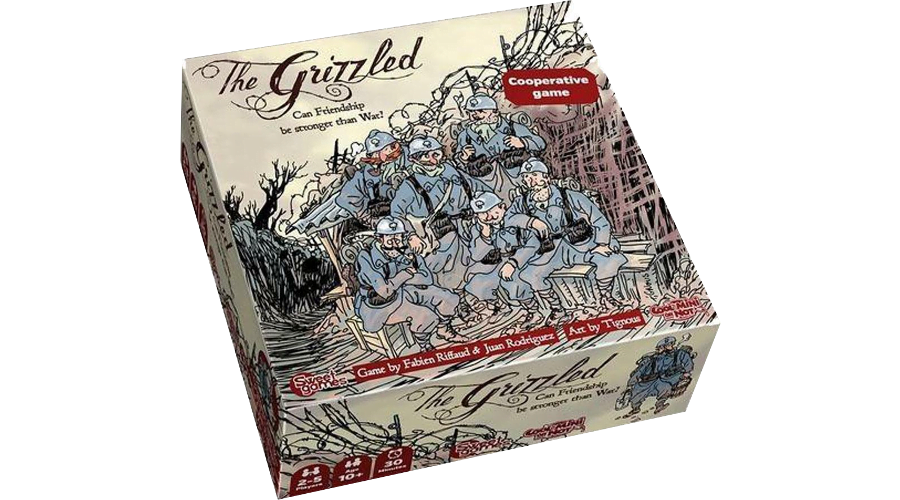 I had a chance to buy this game for $15 during MOAB, and I didn’t grab it on the spot, and someone else got it. So, still keeping my eye out for a second hand copy.

Why I Want It: Cooperative deck deconstruction game, good theme. Though I may not get it to the table so it might wind up being an easy ditch. 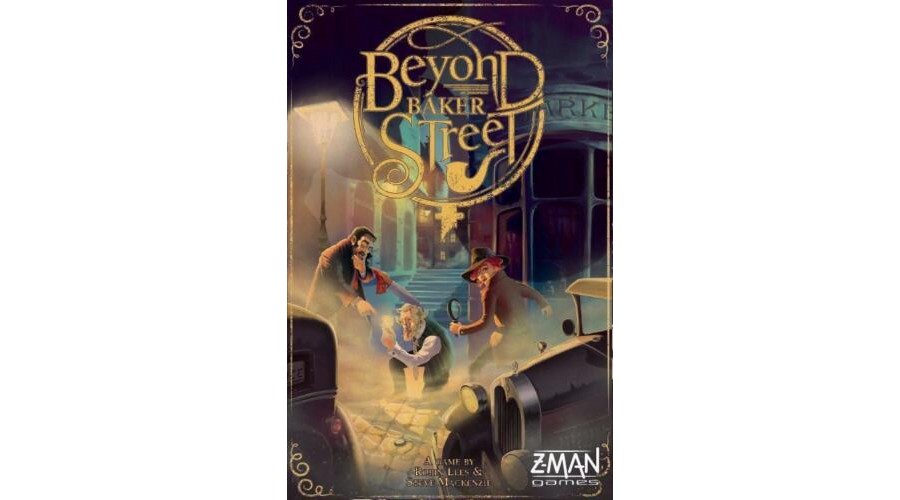 Hey, a cooperative mystery game. File this in the same basket as Lotus, a game I want to share with my mother. I don’t think it’ll be a hit though as I look at it, because it’s another hidden information deduction game, and not a game about squinting at the things you have in hand and working out how they fit.

Why I Want It: My mum loves her some Sherlock Holmes mystery stuff. She’d know all the characters, for example. Maybe a game like Consulting Detective will work better, but we’ll see what’s available. 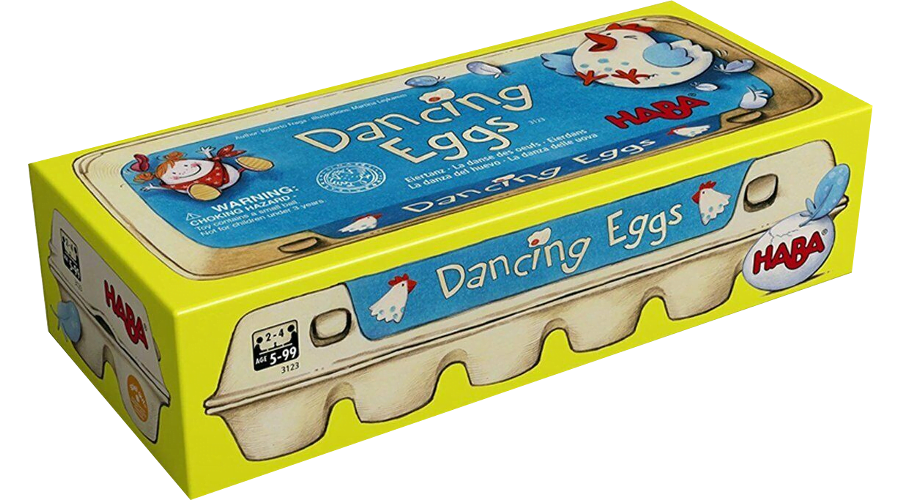 Look, Haba make great games. This one is a game about playing with physical objects and managing challenges, and my general hallmark of how good Haba games are is that Haba makes games primarily out of wood for children, and their games are nonetheless fantastic for adults. They’re the same people who made Rhino Hero and Rhino Hero Super Battle, games I already have spoken about, and the excellent Animal Upon Animal.

Why I Want It: Haba games work well for my niblings, I can share those games with them, and also my mother and sister can use them when teaching kids. 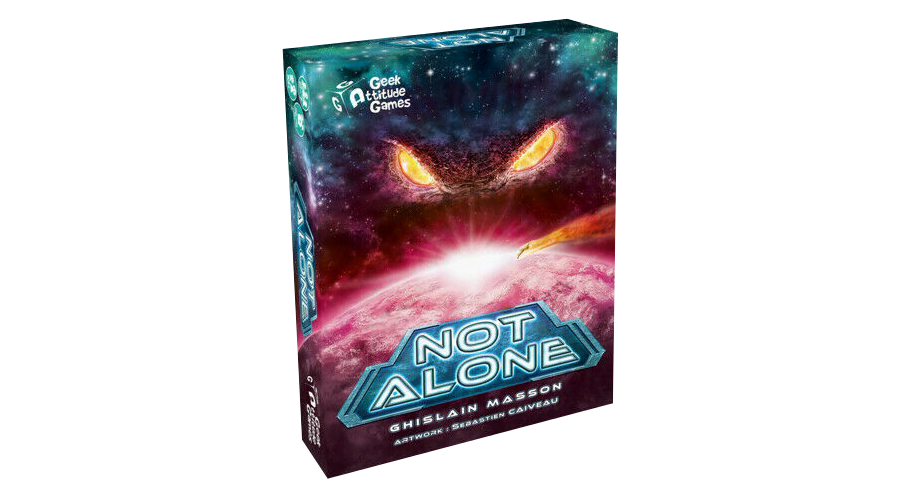 Finally, Not Alone is a hidden identity asymmetrical multiplayer communication game – kinda think Werewolf, except one player in the group is clearly on a different team, and they’re listening in on as you make lunch plans. This game looks like it’s really good, and might hit that same ‘everyone is tense and trying to signal one another’ groove that really good games of Resistance get, without the same ‘everyone lapses into actual silence’ that Resistance becomes.

Why I Want It: Right now I haven’t yet found my perfect hidden identity game, and asymmetrical multiplayer ala Mysterium may be what it needs. Also if I can get a Mysterium that fits in my small bag instead of needing a whole backpack to transport, that’d be nice.

That’s what I’m thinking as I head to Cancon!