Earlier this year, Perennial Clever Cloggs Button Shy put out a competition to make an 18-card Wallet game that wanted to be a worker placement game. That is, a game where placing a ‘worker’ gives you an effect, and it deprives other players of that effect. So if I put my worker on the 3 Pineapples square, and you wanted 3 Pineapples, you have to find some other place for your Pineapple needs.

Anyway, so I thought about how I might do this without a large, standardised board, and how to do that with a tiny number of cards.  Here’s what I came up with. 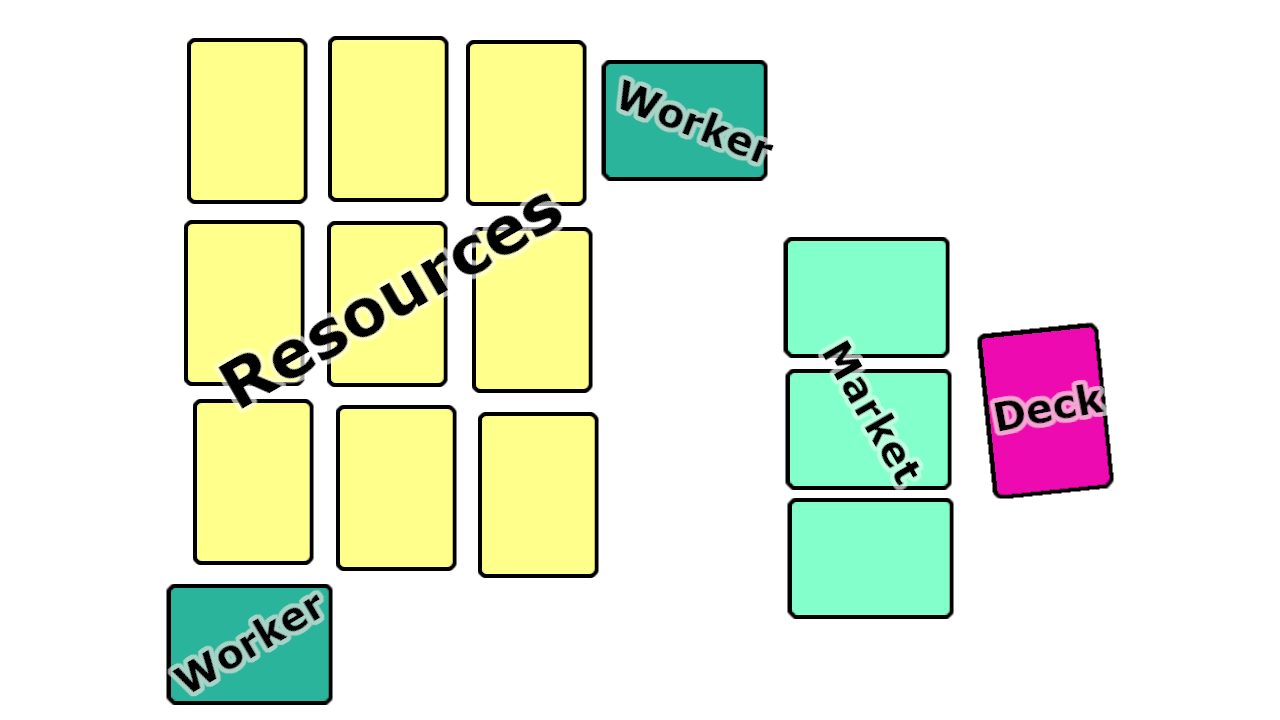 The game is divided into four basic parts: your worker card, which can be set to represent four different types of worker, depending on its orientation. Each worker card is split into two halves, and each side is different. So depending on orientation, the card could be A, B, C or D. There’s your four worker choices.

The resources can be shuffled up and arranged however based on each game. Maybe it’s turf or territory, or network nodes, or even a yearbook photo page, meant to represent social connections in, like, I don’t know, Mermaid Prom. Resources can be flipped up or flipped down, to create ways to deplete resources, or transform them. There’s room for them to vary.

Each player gets to place their worker card at one of the two sides of the board, 90 degrees from one another. They get everything in the line they choose, except, the card they have in common.

This gives you resources or opportunities to do special things, which I’m not sure how to track. You can make it so a resource card may have something as potent as ‘win the game’ on it – so you’re trying to jockey things into position where you can force your opponent to pick things you’re not.

What you do with the resources could be like Mana from MTG, where the resources go away at the end of turn, so each turn you’re trying to make a particular combination, to buy a card in the market, or enable something. You add cards from the deck to the marketplace as they go away.

This is the idea. You’re probably aiming to acquire some cards from the Marketplace, and you’re doing it by manipulating the resources with a small number of worker options.

Game idea intrigues me. I may give it a shot if I get a theme I like.