Pokemon, a game franchise for children, is a well-loved cultural fixture that we all share in as a group, has a recurrent feature of gyms. Gyms in the game are sort of like little tests that block your forward progress until you overcome the challenge they present, then they give you a signifier that you’ve beaten them so as a player, you can track which ones you’ve successfully beaten. 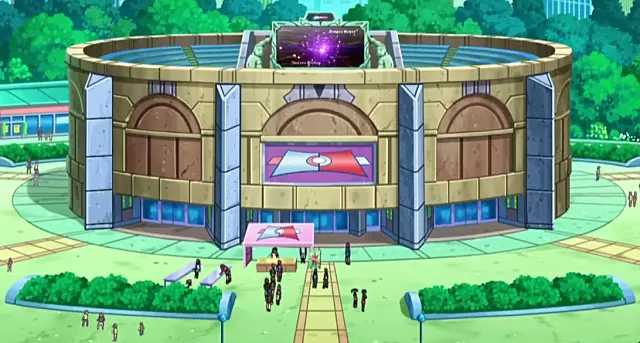 These gyms are also presented, in-universe, as a place that you, the player character are going to, and are set up with an actual person in charge of them, the Gym Leader. Presented then here are five of those Gym Leaders, in a list. 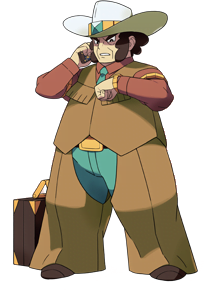 Kicking us off is Clay, who is quite clearly some variety of oil baron, which means this guy who gives out the Quake Badge is absolutely some kind of utter monster who should not be trusted. As any trainer who brings an Excadrill to bear against a child, he needs to be run out of town, punished, and his goods distributed to the poor, but that might be a bit dark for a game that’s made for four year olds.

You ever think about that? I know I do, and I bring it up, a lot, the way that Pokemon is a game that’s constructed entirely so that an audience as young as four can engage with it, learn from the game as they play it, beat it, and never get the game into an unwinnable position by design. That’s something kind of fantastic.

Cheren is a perfectionist and rival who gives out the Basic Badge, and he projects the air of someone who is so convinced he’ll have to do this group project himself that he’s going to ignore all the work you do on it. He looks like he’s mad the uniform code requires the tie and he doesn’t get to use an ascot. He looks like he practices takedowns of people reading their horoscopes.

Of course I guess he just looks like a smartly dressed student to a kid. There may not be any preloading about being obnoxious or well-actually-ish, now I think about it. Cheren is also a big problem because in Black White, he’s a rival, and you see him acquire this big, varied team, but in Black White 2, he’s a gym leader, and suddenly he’s just got a Patrat and a Lillipup, which is weird, right? Why does this guy have two Pokemon any later trainer could just walk up and squish?! 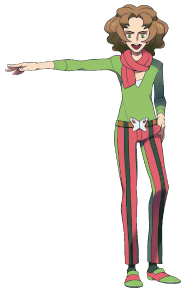 And look at his team! Level 21 mid-form evolutions! He sucks on toast, and he’s meant to lead a gym?! That’s so weird! And he could go back and stuff Cheren into a toaster, even with his team of sucky Pokemon just because level 12 patrat isn’t scary, Cheren.

Why is that, you think? 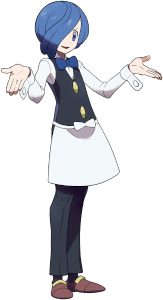 Then we have Cress, beautiful boy with his wonderful uniform, sweet, wholesome and good. Clearly, he’s a very sweet boy who deserves favour, but the thing is, he also has this low level team that anyone with a weedle could run through just if they bothered to grind it enough. That’s so strange, even when he’s member of a triple team, because

Hey it’s this! This is that funny jokey joke I’m dancing around the whole time!

Look, I’m not here to make fun of your fun. It’s a funny bit. It makes me laugh. It makes me laugh in part because the idea of a gym leader being this hypercompetitive ding-dong who hates the idea of being beaten by kids with fully-evolved Pokemon is exactly the kind of person who I don’t think, in universe, would ever be given a gym.

Because it’s not a god damn torture chamber.

IT’S A PLACE YOU GO TO TEST YOUR STRENGTH AND GET STRONGER.

If Pokemon Gyms were made like this, there would be no more new trainers because new trainers would turn up with their level 5 Tepigs, see a level 100 Dragapult, and go ‘nah, I’m gunna go play Yu-Gi-Oh.’

Because all these trainers, delightful weirdos that they are, are community members, and they are presenting an educational experience to children that is mirrored by the same thing the game is doing to the children playing it, my god. 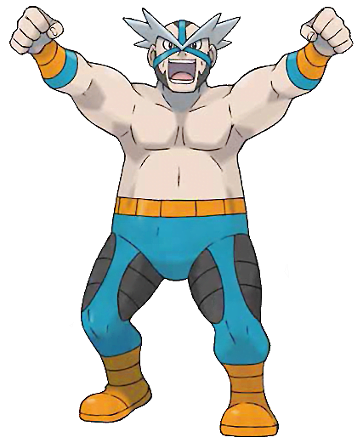 And finally, here’s Crasher Wake, at the end of the list, because Crasher Wake’s name is awesome.