Disney did something queer. 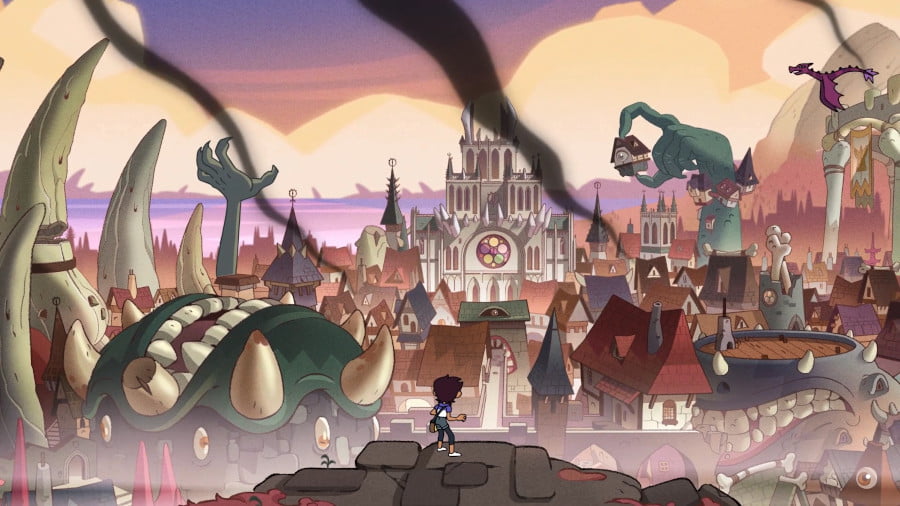 Rapid fire bullet points. The Owl House is a 2020 Disney animated tv series made by Dana Terrance, a name I did not know in any way strongly associated with you know, stuff. Turns out that’s on me because I’m a dickhead and she’s in fact a storyboard artist from Gravity Falls (which rules), a storyboard artist on The Mitchells Vs The Machines (don’t know), and the director and one of the animators for the Ducktales reboot (which is really amazing). This is important because the Ducktales reboot is a series so good that I can watch it periodically and only plan for Scrooge McDuck’s eventually guillotining.

Anyway, turns out that Dana Terrance can make the hell out of a cartoon series, because this series feels like it’s made out of the same stuff as Gravity Falls – it’s a witty, funny, clever series with a great high concept – our adventurous and imaginative kid protagonist, Luz falls into a Narnia-like world of high fantasy and adventure to learn magic from a witch, except everything in it is garbage. Oh, it’s a world of magic and mysteries and spells and mysterious spells but it’s all with a twang of the horrifying to it, and all the things that you assume would exist in an exciting and inspiring way are in fact there in an awful and crap way.

I don’t know if I’m selling it.

Look, I get it. We only get so many interesting and inspiring things. You can’t sell people on a traditional fantasy story with cool heroes beating up villains, you have to include stuff to make it messy and bad or hilarious, and I get that any comedian is going to have more fun with garbage than the perfect. It’s fine. And also, The Owl House is trying to be funny and a dramatic teen adventure and it does a great job on both fronts. When it brings up a Moral Lesson or a The Point of an episode, it is not subtle, with my favourite bit being a character delivering the themes of the series while literally holding a character who is just a nose.

Oh, and before I go on, special mention: I like King. King is a dog demon voiced by Alex Hirsch who manages jokes about being overselfimportant, about being greedy and crap, and also just one of the most incredibly well delivered jokes about being a dog. Big thumbs up there. 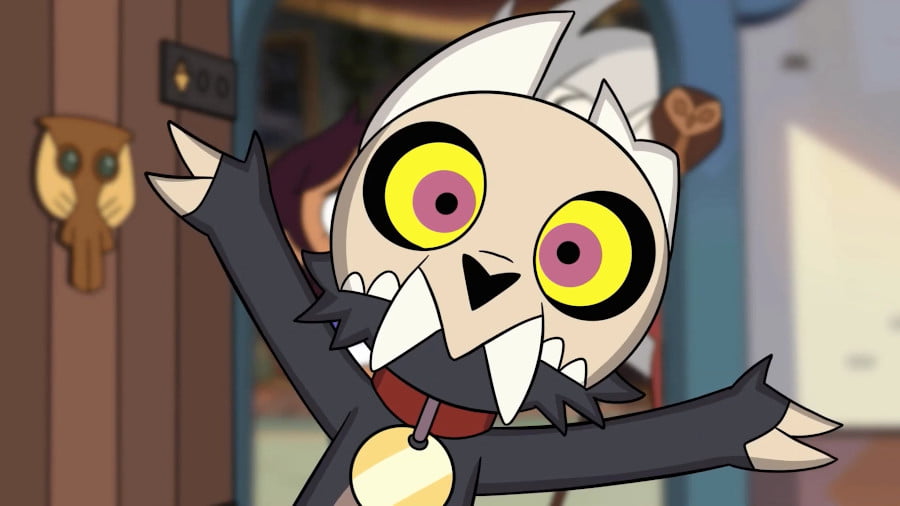 Okay, so this series has something queer in it.

And I mean it.

This series has a character express an actual queer interest in a very clearly communicated non-hetero way, and it’s not just a bit joke or a side character. In fact, the character in question is one of the most important characters in the story, and there’s even a lengthy arc of character development. They’re a fully realised, meaningfully engaged character who expresses their non-hetero interest in a way the story does not leave ambiguous.

Now I’m firmly of the opinion that ‘spoilers’ are a fake idea, but also I know I can route around an annoying conversation if I just avoid spoiling anything, so that’s what I’m doing. I’m not going to tell you who and how or what. It’s a solid little dramatic moment and it’s entirely possible that if you’re the right kind of queer soft bean you’ll squeal into a pillow when you work out what’s happening, and squeal louder when it’s confirmed and that’s a lovely moment to imagine someone having. Great. Go check out The Owl House. 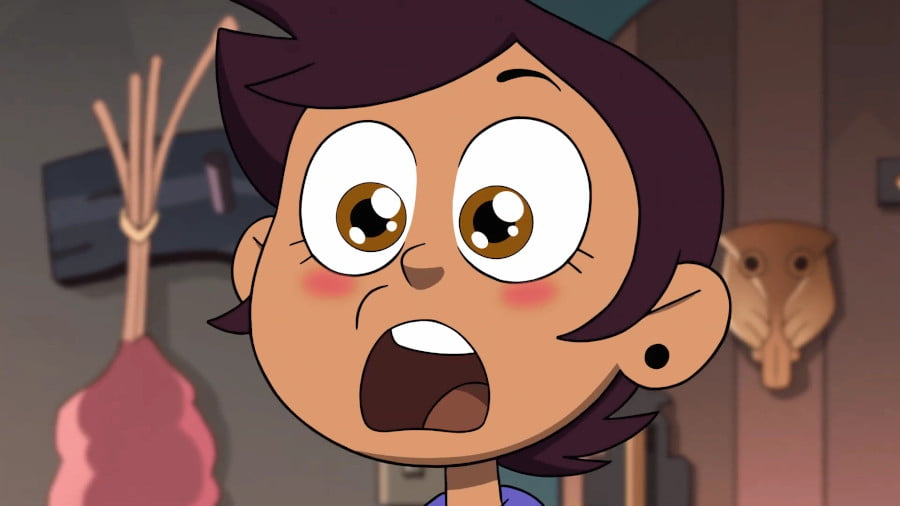 You might have the vibe that I’m circling around this.

I’m circling around this because this is a kid’s show in 2020 that has a queer major character in an unambiguous, clear, deliberate way, and it is made by Disney. This show is spending Mouse Money. And in those moments, there is this moment of excitement and elation, of people finally breaking the surface and taking in a deep breath and being thrilled by it. By being excited and overjoyed about the way that this kind of thing, the shape of this thing around them, this thing that determines normality for them, in this media and form that they love and that finally, finally, finally gets to speak to them now the way they wished it’d been there to speak to them twenty five years ago.

And those people deserve to feel their joy.

And then, while they are feeling it, part of me wants to step back.

Get out of earshot.

And ask Disney what the fuck took it so long.

A part of this is that this cartoon is the byproduct of aggressive campaining through Dana Terrance directly: She attests to it being a byproduct of her aggressive stubbornness, and there’s also no doubt some weight from involving the level of existing successes with both Gravity Falls and Ducktales. And that’s great. It’s great that she had the clout to make it happen. Which would be pretty cool if gay people were, like, something invented in 2007.

It is so supremely fucked up that this is basically the first time I’ve seen something from the House of Mouse that can’t no homo its way out of what it just did.