I make fun of Harbomb Resguy for his play conditioning term which, to my deep regret, people are using, which is, you know, whatever, but part of why I dislike the term is it’s doing the job of a word that we already had written down in books (and have had for fifty years), suggesting that you’d invent the term if you didn’t understand or know the first word. To this end, I want to be clear about these terms I use in game design, where I do not think I got these terms from game design. I learned these terms from magic – magic tricks, or as they’re known, illusions Michael.

In this case, these terms are slugs and loads. 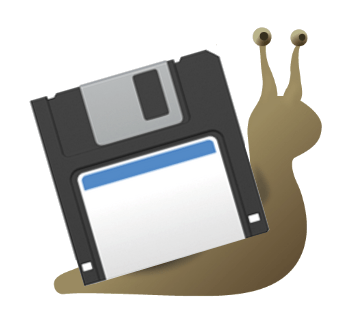 Since these ideas come from card tricks, you might not want to know what they are, to preserve the illusion when your extremely cool and sexy friend does card tricks, and I should give you a spoiler break.

A slug is when you have a set of cards. In magic, a slug is usually used when you want to stack a bunch of cards at the top or bottom of the deck that have a particular character, which is useful for finding when the subject of the trick messes up the slug. Slugs are useful for a ton of tricks, usually found card tricks. The simplest form of a slug is having one whole suit (say all the Hearts) sitting at the bottom of the deck, so you can cut that chunk to the middle and make your subject reinsert their (not-Hearts) card into the slug.

A load is when you randomise a card into a range of cards. Sometimes you’ll hear this called a key card in card tricks, where you set things up so that in a particular set of cards, one card is definitely going to show up. This is most commonly used to do what we call a force, where you give the subject an opportunity to pick a card but despite the impression, they’re picking a card you want them to for later in the trick.

These two techniques are really useful to know when the time comes to make card games, and well, I had to discover them, so it might as well be a chance for you to discover them too. Here are a few quick examples of different ways to use slugs and loads.

Want your card game to end with a random event, but don’t know when you want it to end? You can set aside a number of cards at the start of the game, then shuffle the ‘game end’ card into that stack, loading that stack. Shuffle the rest of the cards, then stick the loaded stack on the bottom.

This is a technique I’ve used in Foxtail, where all the game-ender cards are at the bottom of the deck, but you don’t get to know where. It’s used in Goodcritters, where the stack of cards you’re using is divided into chunks, each chunk is loaded, then they’re stacked up together. It’s also used in Pandemic, to ensure the Epidemic cards can’t happen all at once.

And while I’m talking about Pandemic, that game does a load and a slug; after each epidemic, you shuffle some cards into the cards that have already fired off, then stick them back on top of the deck – creating a slug (the locations you’ve already used are going to come up again) and loading that slug (with extra cards) before setting it up.

Reloads are really good for games that want to get harder over time. In Pandemic, it’s used for places where The Bad Thing Happens, happening more often, but you could use it in reverse. What if it’s a game about a big organism healing, where each zone you heal recovers a bit more easily every time?

A slug can be prepared deliberately by a player, and then interjected into a deck of cards, dropped on top or under another stack of cards.

Consider a game where you’re trying to burn through your deck, and someone else can drop a chunk of cards on top that need to be navigated in a specific order, to represent throwing your character into a maze, or some beaurocratic paperwork, perhaps.

Let’s say you have a way you need the start of a game to work. Maybe a tutorial, or maybe you have a ‘dawn’ stage of the game, which is deliberately designed for players to set up. A pregame slug is a bit like the opposite of a clock load; it’s when you have a stack of cards that you set up, shuffle all the remaining cards, and put the slug on top, then people draw off the top of it.

The easiest example of this is in a few modern games, like Charterstone and Fog of Love, which use a stack of cards that start the game and serve as a tutorial for new players. These kinds of slugs kind of serve the opposite job to loads: You want to have a lot of control over the start of the game, but the end of it doesn’t matter much.

I’m thinking about these specifically because I think that my prototypes of my Punic War card game. At the moment, I’m kind of doing loads and slugs. There are three scoring cards and one game-ender card. You shuffle the remaining cards, then deal them into four stacks, then load each stack with one of those cards; then, the stack with the game ender is a slug you put on the bottom. This means the game will have three rounds of scoring and then an end, but you’ll never be able to be too certain when they will happen, just when they could happen.