One of the weirdest things you can encounter in fantastic and magical settings is someone who doesn’t have to use sleight of hand, but does anyway. In Discworld, there’s a recurring gag that shows up the first time in Moving Pictures that Wizards, actual people capable of doing real fireballs-and-transformations magic, hate Magicians, people who do gloves-and-tails sleight of hand, and they hate them because people are impressed with Magicians and not with Wizards. After all, the reasoning goes, Wizards can do magical things and Magicians can’t, so Magicians seeming to do magical things is more impressive.

In Pokemon, magic is just bloody well everywhere, but strangely, most Pokemon aren’t magical. They’re just Pokemon – they do things that they do because they can do them, but very few of them really convey a magicality, even the ones that connect to magical themes. Gengars don’t cast spells, they just Do Ghost Stuff at people, and this tends to be conveyed in moves like poltergeist and lick.

There’s also the way that there’s a Pokemon that’s shown as really being able to do things that a famous fraudster and fake did using sleight of hand. Alakazam’s line of Pokemon invoke Uri Geller, a renowned fake real psychic, which is a sentence I guess I had to use. This is a sort of sleighting, where the Pokemon can really do things that the real-world asshole can’t do, but can fool people into thinking he can do. 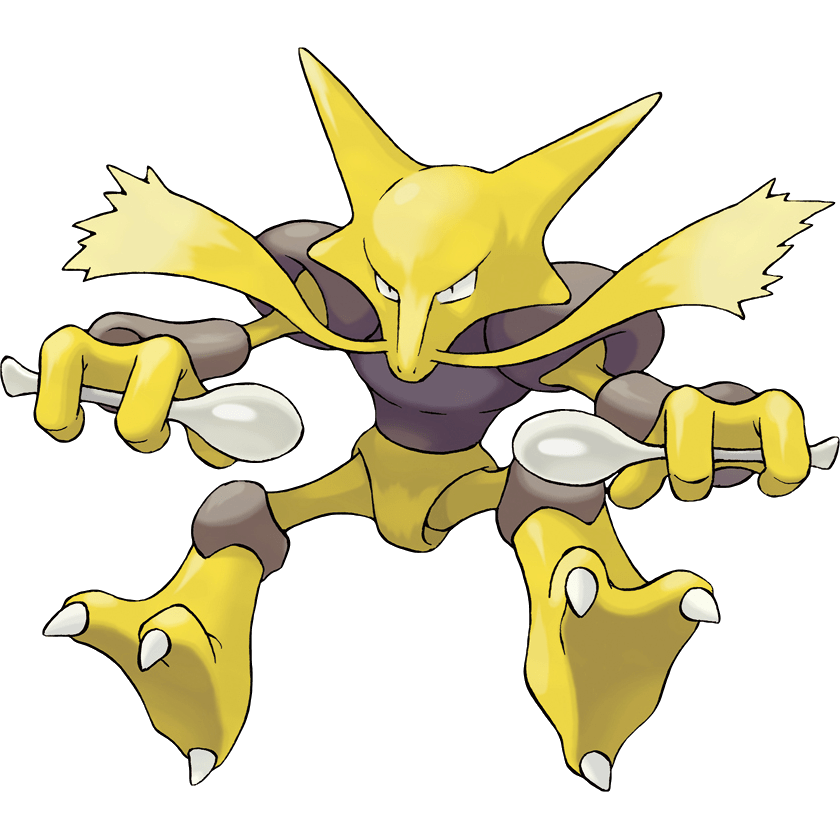 Some Pokemon can inscrutably do magical stuff, with the Clefairy lines and a fairly dense collection of other Pokemon that can get the wish move, which makes sense, since they all have a mysticality. You can wish on the Absol you see on the hillside, but that doesn’t mean the Absol can summon you chicken nuggies if you’re standing next to it.

There was a lot going on in this look that I had to kind of dismantle myself, and uh, it’s not wise to try and google Hatterene with safe search off, because… yeah, it’s a lot like Gardevoir in that regard. Anyway, thing is Hatterene is a small little alien-like critter with a great big mop of hair that it holds around itself in a shape as if an adult human body; big head, big eyes, expresive features, and it has an arrangement that’s… kind of like a hat? But the tip of the hat is a long, droopy tentacle, with a barb on the end that Hatterene can use to mess people up. 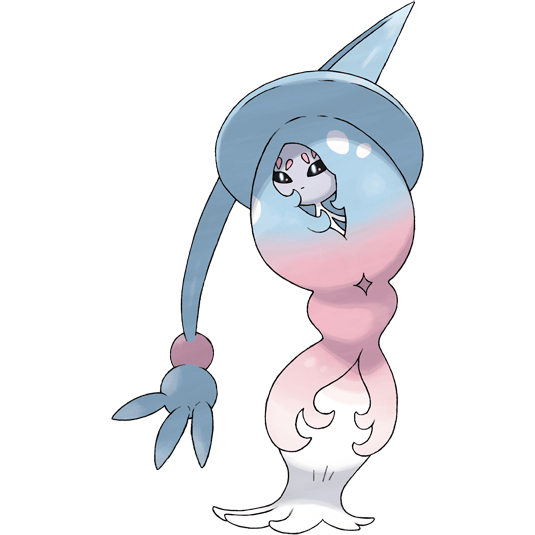 Hatterene is, as far as its Pokedex description goes, a sort of living embodiment of the philosophy of Don’t. It has psychic and magical powers that let it mess with people’s heads, and crucially it has a unique move called magic powder, which sure as hell seems to suggest it literally and actually can do magic.

It uses these vast and terrible powers to make everyone go away.

Now the reason I bring up sleight here is that this Pokemon deliberately tries to sculpt itself to look a particular way when it doesn’t look that way; it uses its hair to give itself a particular shape, but it doesn’t really inhabit that shape. What’s more, it also primarily wants to be left alone and not looked at.  It’s also only available in femme forms, and it has a move that lets it transform another Pokemon into a Psychic type, and it’s colour scheme is pink, blue, and white, so