I love stories about magicians.

I love stories about magicians because they’re sort of fundamentally protagonising, with a central character who wraps themselves in deliberate mystery. It’s also pretty rare that magicians position themselves in opposition to anyone who isn’t genuinely villainous – whether it’s rich people or spiritualists, the magician is someone who’s traditionally pretty obnoxious and therefore has to find someone even more obnoxious or predatory to really be their villain.

And trust me, when magicians pick fights, they are absolutely thinking about how it looks to outsiders.

This incidentally is why one of the saddest things is magicians having beef with one another in public, which is why they tend not to do it, even though the immense egos and deliberate assholishness of the practice results in lots and lots of simmering grudges. When Ricky Jay wrote about his mentorship under older magicians it was not uncommon for the mentor to give separate parts of a trick to two or three students just to watch them compete to master and divine the rest of it from one another, put into contest with one another.

If you’re going to have an enemy, then, pick a good one. 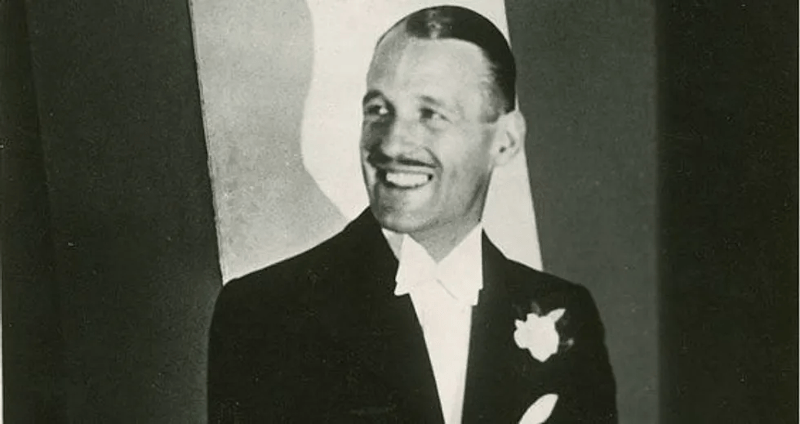 Tiny tidbit before I go on, Jasper Maskelyne being the focus and all, but his dad, Nevil Maskelyne was possibly one of the first radio hackers. And I mean first in that he juked in to the signal that Marconi was using to demonstrate radio. There may have been earlier people manipulating radio broadcasts, but that’s a pretty special one.

Anyway, during World War 2, deception and spycraft was catapulted to a new level. You can point to it as a period when a host of practices were turbo-charged. You’ve probably heard some of the stories around the Enigma machine, and you almost certainly have been told about Operation Mincemeat. One of the people involved in this, Jasper said, was Jasper Maskelyne.

Jasper Maskelyne was a successful stage magician in his thirties when he signed up to the military. During World War 2, this dude rocked up to the Let’s Go Kill Nazis department and looked for a job. That right there is a statement for the dude’s character. He joined the Royal Engineers, thinking that he’d have the expertise to leverage in camouflage. Then, convinced the standard training was no use to him, because pfft, what do rabbits and tigers know, constructed a fake model German warship and sailed it down the Thames, using mirrors to fool command into thinking it was a full-sized real thing.

Then he was transferred to MI9 (a division on Military intelligence) to develop tools for spies and training for them. During this time he was hiding spring-loaded bombs in cricket bats and saws inside combs. Eventually, his work was done and he was transferred again. In his book Magic: Top Secret, Jasper goes onto describe how he spent his time during this period creating elaborate feints in Africa to waylay the Afrika Korps, including disguising tanks as trucks, trucks as tanks, and using a system of rotating lights to misplace the Suez Canal from the perspective of planes flying overhead at night. In the book, he describes a technique that was used, he says, to pretty much singlehandedly win the war by maintaining the Allies’ fuel lines through the Suez Canal and protecting them from German bombers, and he did it all with magic tricks! 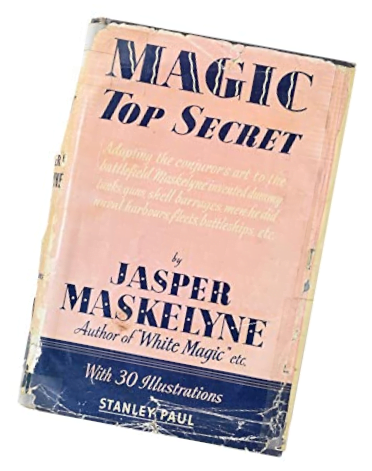 Which it should be, because there’s not a lot of ground to prove any of this actually happened.

It’s a good story. It’s a good fanciful story, and what’s more, it’s the kind of story that can be blended with just a dash of truth. I would absolutely trust magicians to teach spies how to palm small objects or do deft ditches. I would definitely want to talk to them about effects that can be used to manipulate large crowds at a distance, or ways to instill deceptive practice. I can even imagine ways to make a fake looking warship in the Thames, though fuck me if I can’t work out how the mirrors change the way they look. I can even imagine how possible it would be to manipulate things like an airplane’s perspective, if you had the time and energy to dedicate to the experiment.

That isn’t to say that just because I think this is a thing that can happen is a thing that did happen, and the biggest reason to doubt that it happened is that the United Kingdom’s Official Secrets act has made it so a lot of really interesting stuff is still sealed, and yet Maskelyne’s book is out and making claims, and it’s being made fun of by other historians. To give you an idea of how unbelievable this was, a Tom Cruise movie was being made about Maskelyne and then they decided to stop because they couldn’t really verify enough of the claims in the book, and Tom Cruise starred in The Minority Report, and that movie seems to really take some liberties with how criminal law is practiced in the states!

Hell of a story.

And it’s hard to know how much of it is fake.

Remember, always: The magician is someone who is here to fool you. The best magicians are honest about that.