You know, I see a lot of people complaining about the trope of starting a traditional tabletop adventure, one of your Dungeon and/or Dragonry escapades, in an inn. It’s literally now an anti-trope, where people bring up the idea of you meet at an inn as an example of how not to handle storytelling or kicking off an adventure.

Well, pish on this I say, and pish I say again! Yes, harsh language like that, terrifying and mighty, must be deployed in defense of this workhorse story beat. Presented then are five wait no it’s late so four – reasons why you should show some respect to kicking off your adventures where all the players meet in an inn. 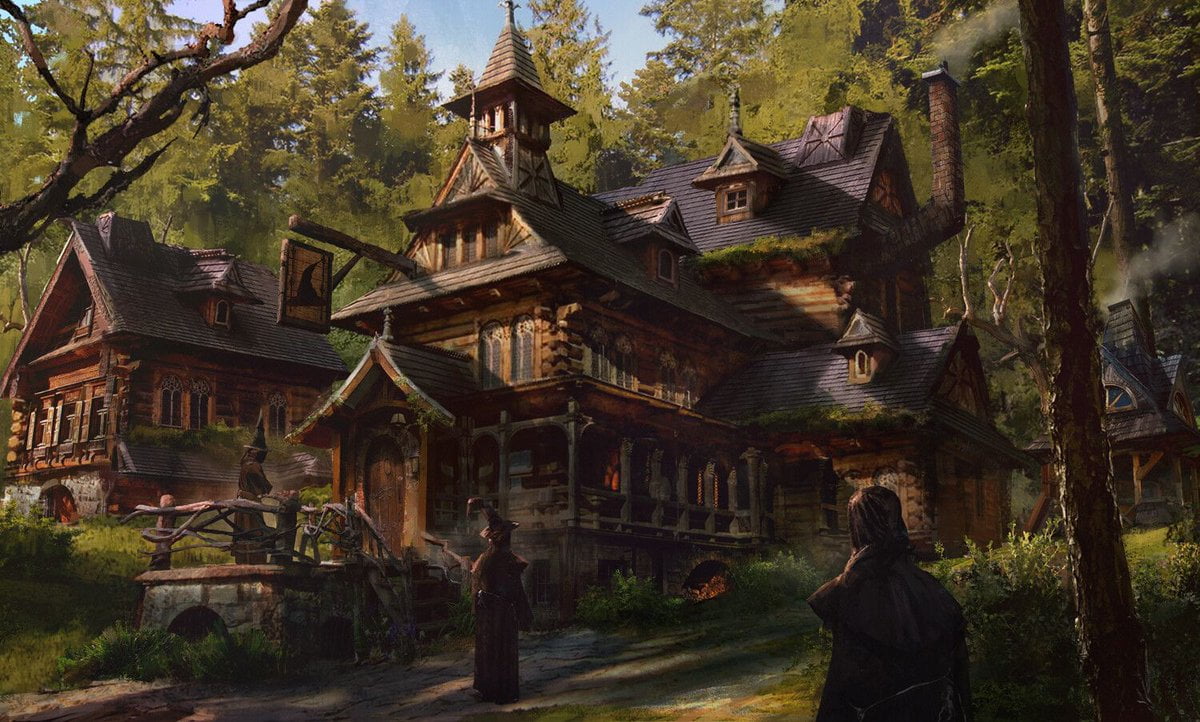 Inns are therefore usually positioned to give you a big ole slice of central casting for your setting, just a slathery bit of worldbuilding. Is the inn built along a highway? is it nestled in the middle of the town, where people drift after doing something important when they arrive? Is it just outside the town, where the more distributed farmers can get to it? Is it an inn where people expect to sleep or is it just a pub with a room or two? Any given inn is going to reflect the place it’s from, so if you start in an inn, you can go bam and give players a solid see of the place they’re at.

And in this way, all D&D games say #TransRights, but also the transitional nature of an inn means that any given person who’s there has a reason to have a story. If you throw the party there without any on-ramping (which we’ll get to later), the fact that they’re at an inn asks a question, of why are you here. It’s like if you find someone at an airport, that’s not a space a person just goes to hang about, there’s a ticket that says from and to in their pocket, so you have to have a reason to have that ticket, and now you have the start of a story.

You could be coming to an inn to find someone who’s already there. You could be at the inn because you just arrived in town and need things explained. You could be at the inn because you are about to beat cheeks out of town and need to stop for a last meal before you hit the road. You could be looking for work from people in those two situations. Think of an inn as a chance to show what you’re about, and players will use the common space of an inn properly. Hide in a corner, look for someone in particular, bother a type of class of people there like merchants or bards, eat, or drink or check for work, it’s just a good, solid gathering space for a lot of options.

Inns Give You Waiters

A common moral test of a person is how they treat someone over whom they have power who is obligated to be nice to them. In an inn, you have service staff, and that gives you a fast track way to demonstrate the kind of person your character is. You show character in what you do, so if you have an NPC in the group or someone you want them to know about, you can show them being kind to the waiter, or reasonable, or unreasonable, or even just agitated and then apologising. The fact that there’s a common person that everyone in the room has a reason to pay attention to is super useful.

Plus, I just find it’s a very easy way to demonstrate that say, someone who may later in the adventure wind up being a dithery dimbulb wizard who annoys players or a shouty angry politico who demands excellence, all that stuff can be neatly contrasted with the reminder that this person respects the waiter.

First things first, being cliche is not in any way a bad thing. Cliches are things that can get bad when they’re boring, but cliches tend to only really wear on people if they’re not being engaged in other ways. If you have a room full of players who groan at ‘you meet at an inn’ then they’re clearly looking for the start of this adventure to excite them, which indicates they haven’t had their expectations set and there’s something missing about keeping them engaged.

I have run a lot of D&D games and players regularly are surprised to realise, many weeks after the game starts, that they started out meeting in an inn, because I made the flow of the game such that they were paying attention to other stuff.

Cliches wear when you notice them, and you notice them when you’ve got nothing better to do. Otherwise, cliches serve as the hammers and saws of the storytelling toolbox, the most basic and rudimentary pieces you need to build more complicated things.