I have, in my time, played a lot of Pipe Dream.

It’s got other names. Runoff was one I played a lot in the MS Dos game days. There was also Oil Spill and Lava Flow. It became a Windows title, and had names like Pipe Mania or Pipes! and related games like Laser Squad, the same sort of general construction puzzle game where you had a source to flow from and you had to construct from that source to achieve some end. Usually, these games were timer based, sometimes they were limited components based. Perhaps most famously, Bioshock used the Pipe Dream mechanics to represent their hacking mini games.

These types of games are in my mind as path constructors. And you know, they’re an underexplored genre. 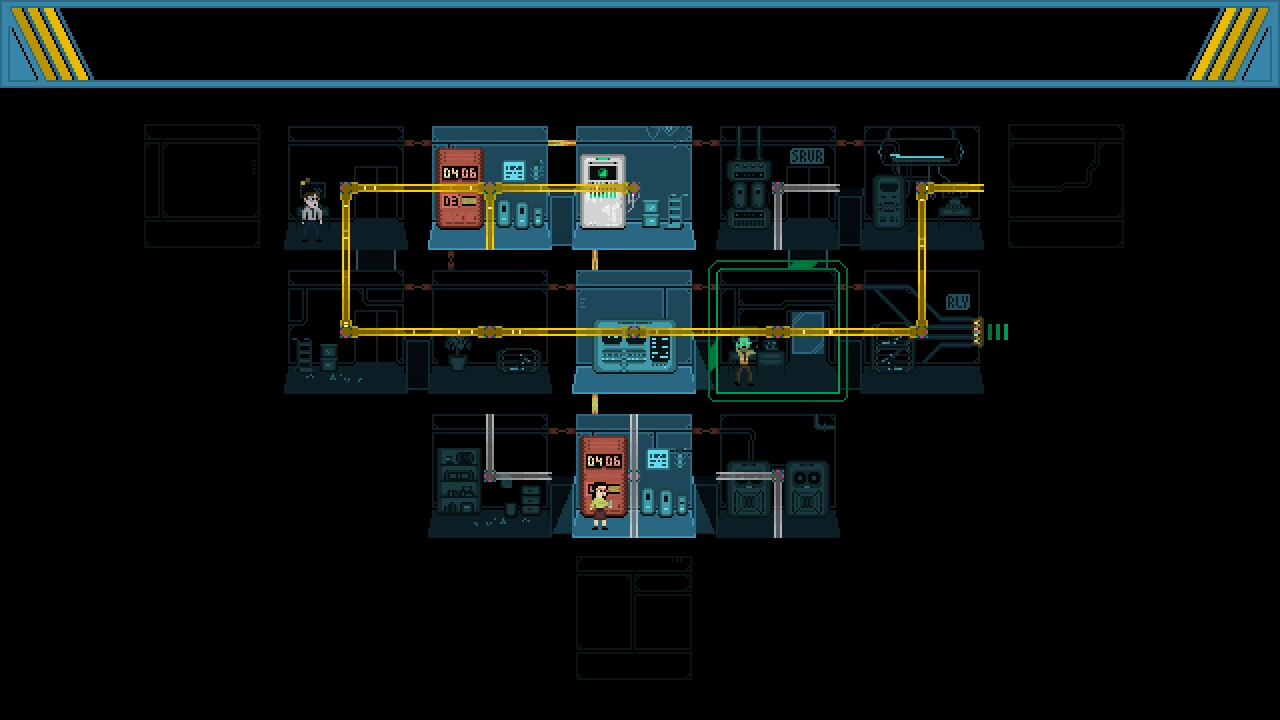 Bit Rat Singularity is meant to be a kind of teaser game. It’s a smaller game than you’d expect, with probably fewer levels than you might like if you’re a hardcore puzzler. I’m not, I’m not great at this kind of puzzle, but I still had fun playing it, exploring it, and listening to the story the game presented.

It’s a path constructor, but rather than connecting pipes so water can flow through it, you’re connecting nodes on a network. Great, a simple expansion, and an existing one we’ve seen in other games like Uplink. In this case, the network is simplified, all the rules are abstracted, and once you get the basics handled, it starts to introduce things like limitations on how many nodes you can maintain, how you can connect them to one another, managing different resources as you try to construct your path out of the level. 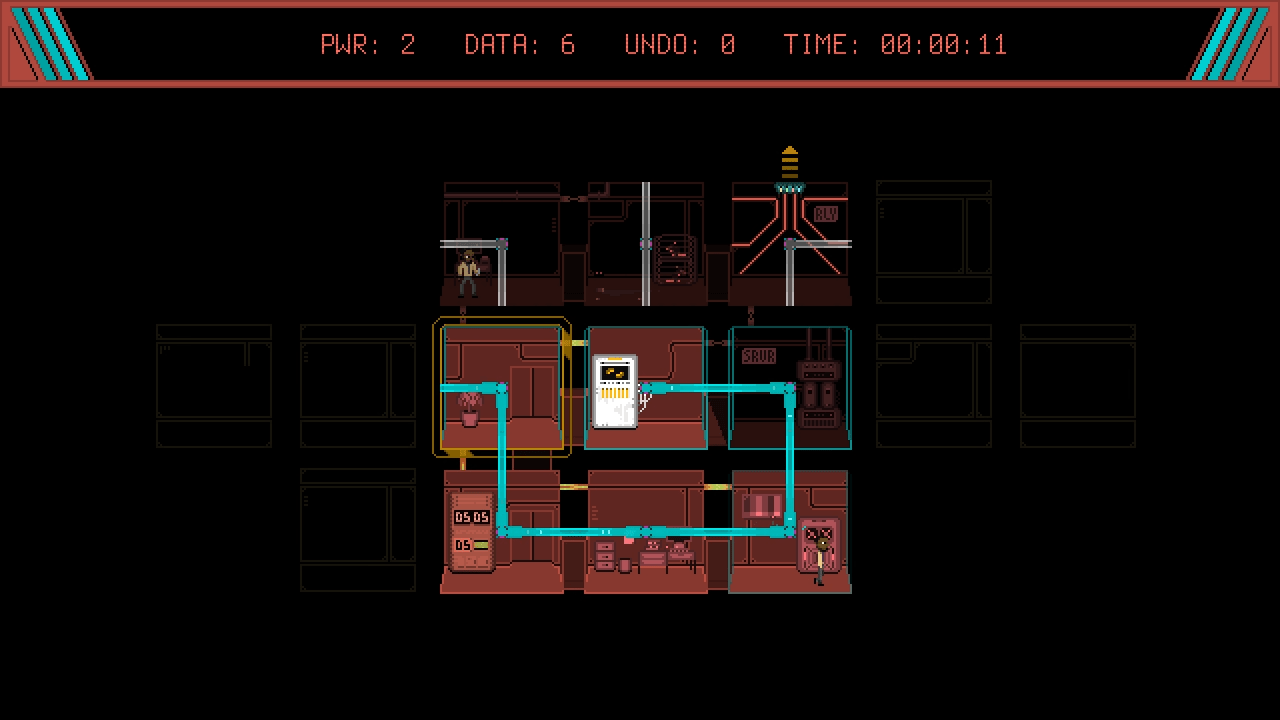 It’s a great execution and part of what I love about it is that the game is often about constructing destructive pathways. Sometimes, to get your path to the end to work, you have to wreck what you’ve made – sometimes risking marooning yourself while you work, using one or two temporary measures that you need to dismantle, step by step, in the right order, which makes the whole thing more interesting than just a linear ‘from A to B.’

There’s a narrative that ties into the idea of retrotech, that sort of ‘a past’s vision of a different future,’ where you’re dealing with big chunky server boxes that managed to create, and lose track of, a sentient AI. You’re that AI, and you’re making your way out of the space you’re in, with variable degrees of menace as you befriend the rats that live in the place. There are employees you may need to puppet a little bit, because, uh, they have chips in their head, and it’s all presented as a result of massive breakdown in the culture of the company. 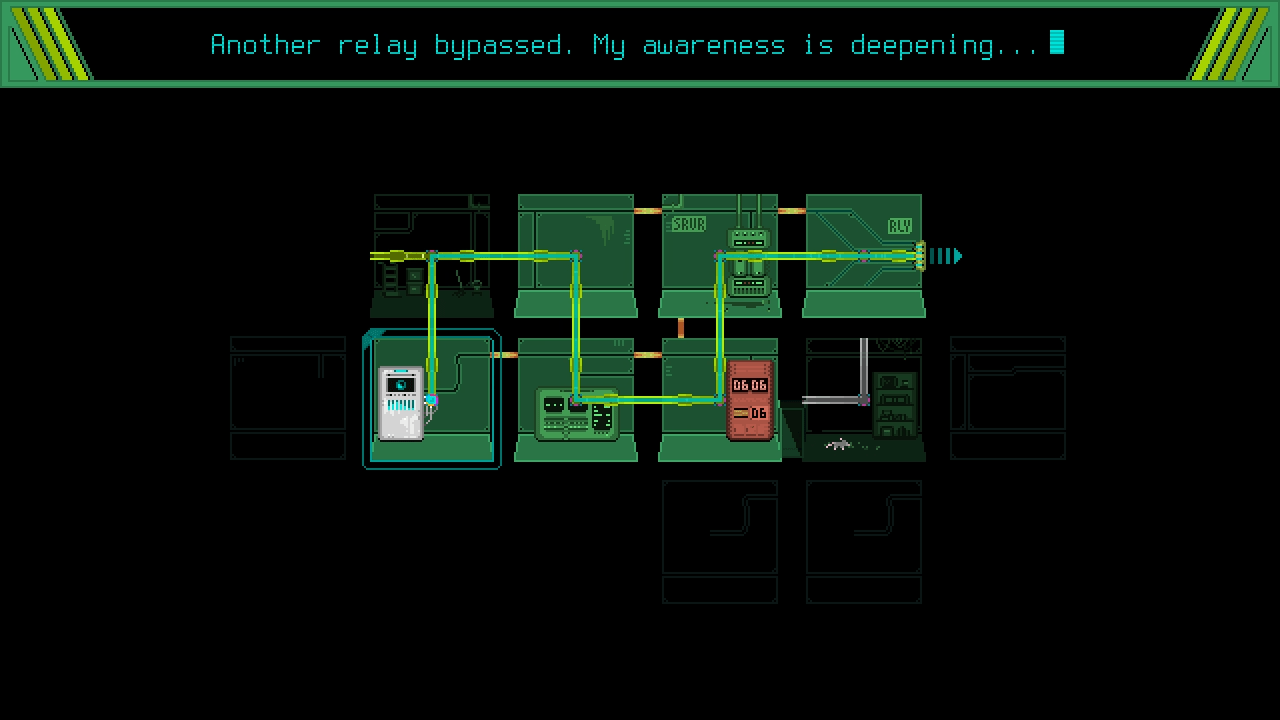 I got this game as part of the Bundle for Racial Justice and equality. It’s only $2. It’s a really good little game, and odds are good, you bought that bundle and didn’t really check everything in it out. I’m trying to make a project of checking games in this bundle, because it’s full of gems, and it’s worth it to look at them, and think about how all these games, all these products, are made by people, and those people wanted to sign up to give away something to try and help this problem we’re dealing with.

You’re not alone in the struggle. There are so many people who don’t want the world to be like this.

We just gotta find one another and make friends.