A common criticism of 4th Edition D&D is that at its root, it was good at combat, and therefore, everything in the game, is in service of those combat rules. One example given, is that in 4th edition D&D, there’s the mark system, which turns any kind of player choices manipulating enemy behaviour is turned into a simple reliable mechanic and the player doesn’t need to think about it to engage it, and that this is bad.

This is of course, a stupid position because I introduced it up front so I could get you on my side with a comical twist. Of course I think marks are good, and that’s in part because I think the first half of that argument is kinda a bad faith argument. If you think 4th edition D&D is only combat mechanics, it tends to suggest you haven’t really cracked the books. I could talk about how the nature of the game is that good guides for the creation of narrative don’t need lots of space, and convenient reference text for combat entities does, and we’re back at talking about rainbow tables and storage versus process, but whatever.

The mark system in 4th edition D&D is a blatantly tactical gameplay mechanic.

And I love it. 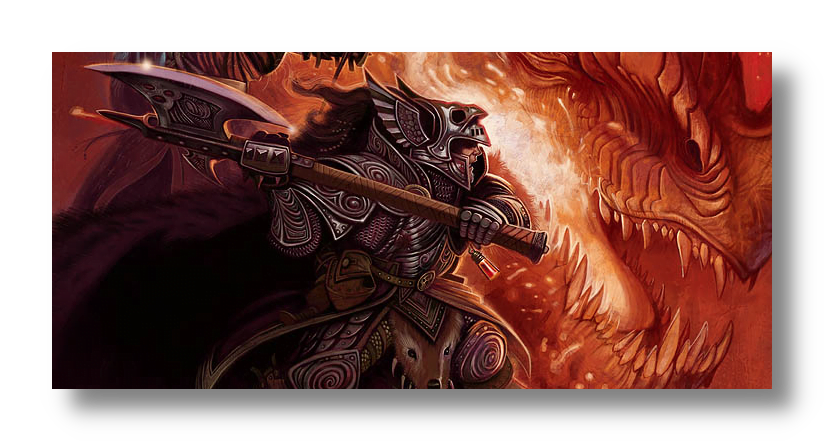 If you’re not familiar, marks are a system that all the characters with the classification ‘defender’ – you might know it as ‘tank’ or ‘blocker’ or ‘guardian’ – get some ability or other that lets them impose the status of marked on enemies. Marks have a few standard rules; specifically, when you have the marked status, the person who did mark you matters. When you’re marked, you suffer a -2 penalty to attack rolls on attacks that do not include the thing marking you. That’s it, at base.

This system is implemented in a lot of different ways; Wardens can mark everyone around them as a free action, but they have to choose when in their turn they do it, which can make for some tactical choices about where and how you position yourself. Fighters mark everyone they attack, whether or not they hit, which means they care about doing lots of incidental attacks, and view area effect or multi-target attacks as a form of control. Paladins have two different marks – one which happens on specific attacks, and one which requires them to remain near the subject. There are more of course, but just these three examples present the mark as a tool where the player can treat the battlefield in terms of their impact on it; monsters have a reason to want to avoid them, and they have a way of controlling monster behaviour. Marks don’t stack – the most recent mark over-writes the other ones.

It’s not just the defenders who can use marks themselves – because it’s a standard mechanic, you can then have other characters use them. For example, you can make a fragile character get a risky power that marks an enemy, which means that suddenly, you’re a high priority target and it makes it harder for the tank to keep that enemy on them. Another option is a support character who can make another character mark something – so you could play a psion, that says ‘hey, enemy, you are now marked by the tank.’ These are interesting options. And you can even use it on enemies – Sometimes a skeleton warrior may have the rules text ‘Deals 1d8+5 damage, and the target is marked.’ And that right there is a simple mechanic that suggests that the enemy is doing what it can to try and force you to focus on it.

Now why are they considered bad?

The idea seems to be that if marks just work, players don’t have to work to roleplay their characters being visibly fearsome or expressing themselves in the world around them so the DM will make monsters behave in a way players want to manipulate. That’s something that sounds compelling if you are, like me, an amazing roleplayer who’s great at commanding attention and capable of convincing DMs. But there are lots of players who want to play a showy, ostentatious asshole of a tank who isn’t actually that great at one-liners or showy, ostentatious violence in description.

This is a false idea, in my opinion. The whole point of Marks as a system is that it’s designed to make something in the game that should work work reliably, rather than make it prone to the whims of the player. It’s not as interesting if your character can or can’t maintain enemy attention based on your ability to say something rude or shocking or clever in another language, but it is interesting if you’re able to make choices about where you stand and what targets you care about.

It’s also something about being in fights. If you’ve never been in a fight, it might surprise you to know that there are ways to fight that make ‘disengaging’ from the fight actually hard, and it’s not because you can make fun of people, it’s because of stances and reach and position.

I think Marks are great, and part of why they’re great is because they reduce the friction of what the game play is directing to not determine whether or not a thing can happen, but rather the game rules dictate what will happen, and it’s up to you, the player, to explain how it happens.