Ha ha, see, check that out, it’s right there in the subject.

That’s a lotta colons tho’.

Okay, Friendship is Magic was – yes, was – a kid’s cartoon show that started airing in 2010 and finished up last year, which got to be a wonderful field research test sample for studies about fandom evolution, masculine toxicity, pornography, corporate branding, and defensive misogyny, about ponies. It wasn’t just a show, it was a cultural movement. It could be used to talk about fanagement or anon media spaces or maturation out of extremism or even the way the manosphere attempts to culturally colonialise everything.

Or you could use it to talk about a dumb standard story trope. 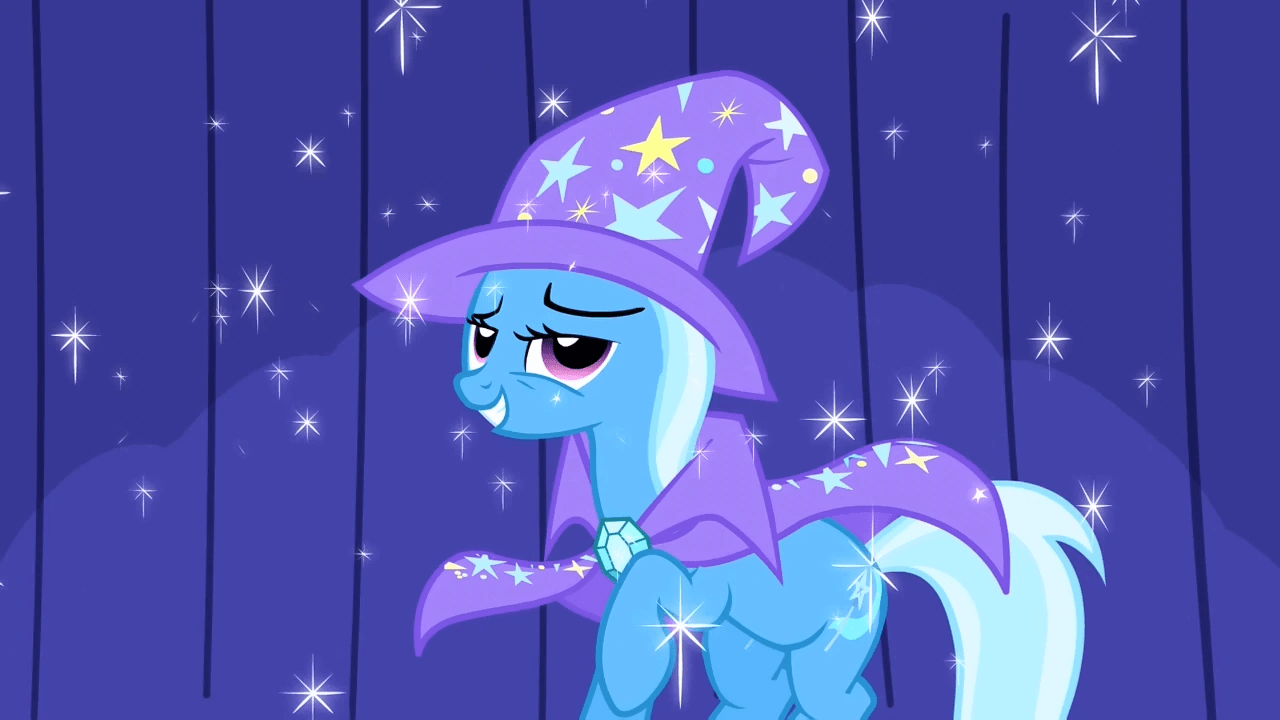 If you need my Pony Credentials, I think I’ve seen about three seasons of Friendship is Magic. I found I didn’t like binging it, because when a character has the same character flaw episode four times in one day, it stops feeling like they learn a lesson and more like they need to get repeatedly bapped on the nose with a newspaper. It wasn’t any kind of mark against the show – it was, after all, a show for little girls with a slower arc of character development than I, a grown adult, wanted, and I wasn’t really here for the raw enthusiastic positivity of the whole thing, and that’s okay.

I also don’t really want to get involved in the fandom studies element of ponies as a space, because it’s a space that’s both shockingly exploitative and wholly sincere and embarassingly toxic and an avenue for masculine decontamination and a front end for amazing amounts of creative stuff, and it’s like, at this point, if you’re dealing with a heavily online millenial male, the odds seem good that he is directly adajacent to some Pony Stuff and just don’t talk about it.

It’s something that I just don’t have it in me to be too fundamentally judgmental about. I know that it matters a lot to some people near me – avenues to understanding the self and platforms to communicate honestly. It’s also something that seems to connect to a lot of really awful people out there. You know, the kind of fans who think that fandom exists to service them.

There are better pony historians, and there’s people more in the environment to talk about the ways the culture moves.

I will say, though, and this is just to extend the bit, but also so you feel my pain, in order to make sure I didn’t say anything blatantly untrue, I checked the My Little Pony: Friendship Is Magic Fandom Wiki, a website made and maintained by fans of the series, who, the writing style wants to assure you, are very normal people, and not at all prone to a particularly bizarre form of categorised thinking. It’s not that the fanwiki is itself a particularly aberrant or even gross place, it’s just the ways that sentences come as if there’s some hidden message that he speaker is trying desperately to get out. Characters are referred to as colour-mapped variations of later named characters, as if it is specifically important that you know this is a colour-swapped Shimmering Apples or whatever.

It’s strange because it feels too easy to say ‘well, this is what happens with a fanbase of neuroatypical people’ because it doesn’t even feel like that’s what it is. It’s just this set of completely confused, misaligned perspectives, trying very hard to work together on some single, mutual vision that somehow seems to miss the idea of what matters and what’s important about the basic ways to talk about their story.

And that brings us on to Trixie. 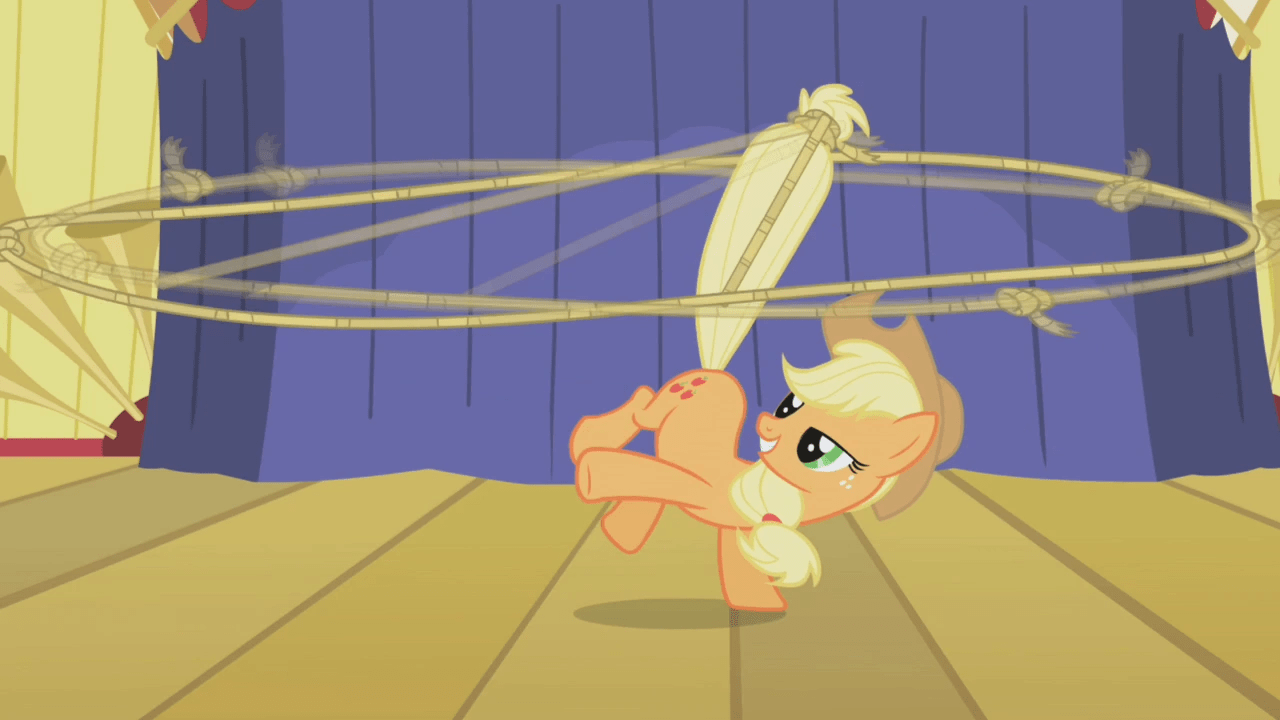 Trixie is a character that starts out as a sort of villain-of-the-week in a few early season stories, eventually graduating to being a sort of major secondary character who serves as the ‘bad friend’ to Twilight Sparkle 2.0, so they can rerun a lot of the earlier story plots with a character who hasn’t had five years of having her stuff getting solved. It’s a series, it did a lot of different things. In her first appearances, though, Trixie was a villain, in the low-stakes nature way that you can be a villain in a story about cartoon ponies.

The first plot runs as follows; Trixie turns up and boasts about her ability as a wizard, embarrasses a few of the Ponies in their own specific expertises through trickery, confronts Twilight Sparkle (also a magician) who doesn’t want to confront her, retreats, then when a threat is introduced that Trixie can’t handle, Twilight Sparkle saves the day and demonstrates that Trixie lies about her ability. Trixie, defeated, leaves.

This is a stock episode.

What’s amazing about this stock episode is that the metaphor it takes for Trixie’s particular variety of villain is a hustler, a swindler, a stage magician. She does tricks to outdo the other ponies – nobody in the world would sensibly say that she’s better with a lariat than Applejack, but she can cast a spell that does lariats for her. The archetype of a swindler or trickster shows up a lot in this kind of show – it’s not a place where someone rolls into town with a gun for example (that’s for Fallout Equestria), so the problems you encounter are going to mostly be about miscommunication, either deliberate or accidental. Flim and Flam of Fuck You, Baltimare fame, are the same archetype. But where they take the form of travelling snake-oil salespeople and magical cure-all hucksters, Trixie, when we see her later on, takes the form of a literal travelling magician – she goes from place to place trying to do magic tricks, and people tell her to go away, because they know she’s a fraud.

Like, it’s weird, that in this setting where something like, what, a third of the population can do magic, because they’re unicorns with glowing horns, and they know that the whole kingdom is ruled over by a magic princess, that people might see a magician do something magical and say: Yeah, but we know you’re a faker. And even then that’s weirder still when you consider this means someone was trying to make a living travelling around showing people the same thing that again, a third of the population do because it’s easier than using your hooves to try and bake bread.

And yet, it’s not weird.

It’s not weird, and this is why we did that diversion into the nature of the wiki. 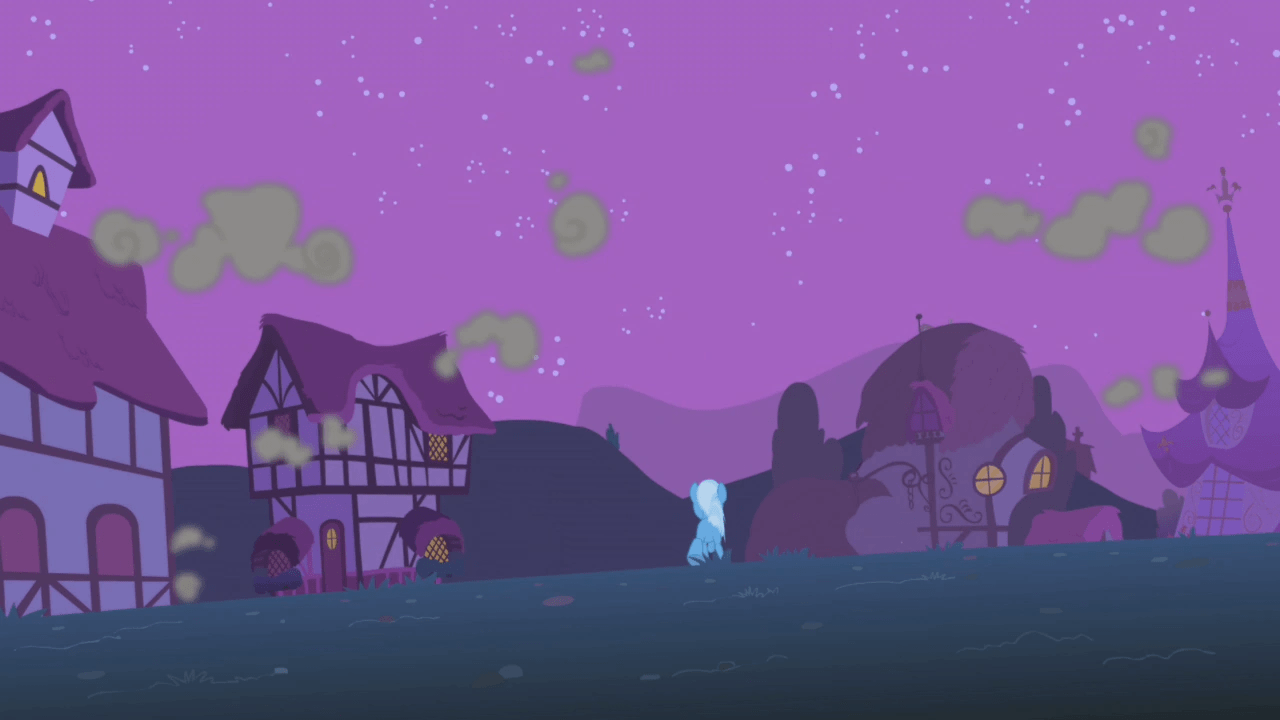 It doesn’t matter, because it’s a show for little girls.

What matters in this context is not the literal mechanisms of the world as it is created by factors of kingdoms and cultures. What matters in this context is how people can emotionally react to Trixie when they see her. What makes an intuitive handle for how she relates to Twilight Sparkle. The problem isn’t that she’s too good at lariats – the problem is that she represents someone using their magic to show off, and that it’s easy to see how she’s like Twilight Sparkle, but not.

Twilight Sparkle does magic and researches things and reads lots of books and she’s thoughtful and helpful, so she lives in a library tree in the middle of town. Trixie uses her magic to make herself look good and wants to take advantage of an audience that thinks she’s special, so she lives in a van.

Especially when talking about media that’s trying to reclaim space normally controlled by boys, we need to be able to approach media within the rules and the framework it wants to set up, and recognise when that works, rather than berating it for not being a different kind of story.

After all, magic is about controlling attention.