You know what, I haven’t taken a cheap pop at Doom in a few months, let’s go into the rich well of a game that my dad has never stopped playing since 1994. 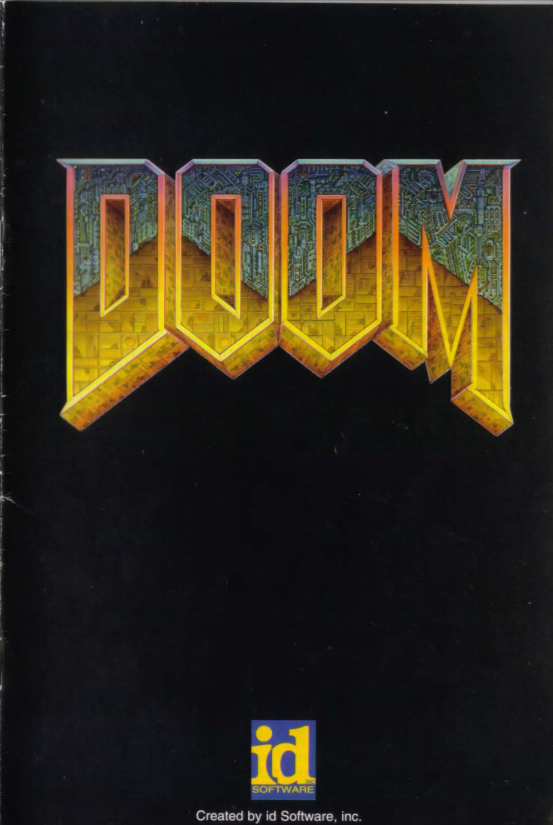 Okay, I’ve talked about text and paratext, in the past. The basic idea is that there’s stuff in the work, and that’s text, and then there’s stuff in the work surrounding the work, and that’s paratext. An example would be how the fact that a wizard named Dumbledore exists is text to the Harry Potter books, but that he just went to town on Wizard Hitler’s cock is part of the supplementary text to that from JK Rowling, and that surrounding commentary is a form of paratext.

What though, about a game?

People consider the reading material that comes with games as pretty secondary. Heck, superfluous. Back in the day, they were text file that came with readers, and you could definitionally not read the text file while you were playing the game. It seems pretty easy then to assess the game as the text, and there’s a lot of people who will stand firmly by the idea that the play of a game is the important thing (hullo, ludology-narratology debate).

Thing is, though, there are a lot of games that have well-established, well known ‘stories’ where the story as we understand it appears not in the game, but in a booklet that comes with the game, or a text file or even ordering info that comes with the game. Particularly, to use a high profile example, Doom is a videogame that has almost no description of its story in the game itself. There’s nothing you’d consider establishing – it just drops you into the game in Knee Deep In the Dead and, that’s it. The idea that you’re a Space Marine, that you’re deployed on Mars for killing a superior officer (pfft), that you’re the last person left after a teleporter accident, the integral identity of how Doom‘s story works, that’s all in the manual.

This isn’t atypical though.

Most videogames don’t have the room, not back then, to properly show you their story in play. It just takes too long. Lots of the time, you don’t even know what your goal is until you reach it!