I use this term, the idea of Cargo Cult Creativity, as a way to refer to media that isn’t good at having meaning, but is good at replicating the shape of having meaning. First time I used this term it was describing the endlessly tiresome Bioshock Infinite: Burial At Sea DLC, and later extended it to describe the idea of the media itself. When considered as a whole, the piece reflects a mind that did not come from a moral position, but was rendered in order to mimic having a moral position.

This isn’t to say that the people involved in the creation of this work don’t have moral positions; but the work itself projected to me that rather than a line of action and consequence, with an aim towards building up to a point, it was rather created to include moments, and whatever connective tissue that could be strung between them was put there.

Thing is, while I use Cargo Cult Creativity to refer negatively to a work like Bioshock Infinite, a videogame that very much tries to be About Something, it’s not like it’s a fundamentally bad thing. Used well, CCC can create the illusion of space you could never create yourself, allowing you to instead focus on what you want to make while still giving other creatives room to invent things in your world. 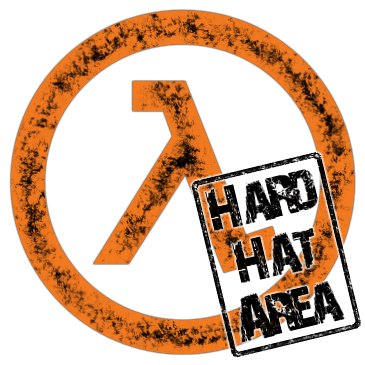 The original Half Life was a force in videogame storytelling with environmental details. Particularly in that it sat in a sweet spot for abstraction and realism – at the time, we simply had no idea about non-combat actors in FPSes, let alone those with such detail. Thing is, if you sit back and look that game all over again you might come to see just how little of Half Life is spent explaining what Half Life is or is doing. There’s certainly stuff going on – things like the enemies that fight one another, or the cinematic moments where Gordon is limited in what he can do or where he can go, forced to watch the world behaving around him – but those moments are, broadly not about communicating some greater point or ideal about the game’s world, but rather setups that push Gordon into the next major component of game content. These increase velocity of experience, they change the pace of the narrative of ‘strangely murder-comfortable nerd has bad day at work,’ rather than flesh out the world.

They handed off chunks of the game’s world explanation – Opposing Force and Blue Shift – to other developers, who themselves were just making up anything they could to make a fun or interesting game. The story is kicked off because of a mysterious object in an uncertain experiment, then a mysterious invasion from a mysterious force who bring their natural flora and fauna for some mysterious reason through portals that appear without any real rationale or cause and it culminates in a dead end in a mysterious world as a mysterious figure murmurs mysteriously about what your future holds. I mean, c’mon, look at the way that story ends.

That’s fine, though, it’s fun and I liked it. Half Life is not a game lacking in quality because it’s lacking in a greater, denser core, because it’s lacking in explanation. What it is is a shallower game than it appears. Now, at its best, that’s good! Because it means that other people can move in those creative spaces, including every single player who wants an explanation. If you have an idea for what was going on, it probably can be made to fit in these big empty spaces! And that’s what Half-Life‘s cargo-cult creativity does. By mimicking the style of cinematics, by creating a narrative out of moments of hey we can do this cool thing, the narrative leaves huge amounts of space undeveloped. Underneath the surface of Half Life’s intricately crafted experience, there isn’t really anything there, but rather than seeing a nasty, corroded skeleton as you do with Bioshock Infinite, what exists is a rolling starfield of possibilities.

I think the bsp map design of Half Life is one of the finest examples of how this game even works. Inside it, you look around and see it as a structure that surely sits in a great big world. But when you look at it from the outside, you see a minimalist box, hovering in an empty space, the effort to craft it so great that you don’t even bother painting the outside of its eerie, one-way-glass walls and ceilings.

Again: there’s nothing bad about this.

But then, Half Life didn’t try to make a big point about it being About Something.