Science fiction, fantasy, and the hyper-reality of genre media lets us explore things that aren’t real, or true, but make sense to humans who are used to things that are.  We can set rules for the way a world is, and the audience is just going to go for it while you get around to explaining it.

Burnwillow is a superhero who I’ve had around for a while; first created back in the original City of Heroes, then expanded in the Generation 4 roleplaying space, and then remade in the new City of Heroes Homecoming, she’s had a lot of time to have her backstory revised. The person who made her story to start with and the person I am now are two very different people and know very different kinds of things about the kind of person she is. Tracing her origin, I think she may have been created as early as 2007, when the term ‘Burnwillow’ came up from the Magic: The Gathering set Future Sight.

There’s Willow as you meet her, Willow Coster, instagram starlet and cocky, swaggering online persona who gets into fights, takes pictures of herself playing with dogs, doing gym stuff, and is generally what people consider a ‘professionally hot person.’

Then, there’s her superhero identity – a woman who wears armour made of green and brown wood, with burning thorns and spines growing from it. A physical brute who stands in the way of those who would hurt her friends. Gallant and proud, brawly and aggressive, Burnwillow fits into the aesthetic space of ‘smart death bimbo.’ She’s not a superhero you get on deck to solve complicated problems, but she’ll protect the smarter characters who are making things work, or working with the computers that people need, or casting the spells or whatever.

Okay, so why the weird discrepancy. Girl uses wood, but it’s on fire. What’s the deal. The deal is that she’s a half-dryad, and her dryad mother is from a California Eucalyptus grove. If you’re not aware, eucalypts are trees that need fire to reproduce – they’re flammable as hell, they blow up and then regrow despite having just blown up. Once, sometime in the late 90s, a botanist did some field research in her mom’s grove, had a nap under a tree, then thought she had a dream about some really expected gay sex with a dryad, then came home and didn’t really think much more of it. But that gave the dryad mother a child, which spent some time growing up a bit like a human in the dryad grove. You know, growing flowers, learning the ways of the earth and stone, sharing stories, learning what the grove knew and what stories of the world they had.

Then one day, young Willow approached that same dryad mom and expressed a desire to meet Other Mom. Other Mom had been in the stories, and she was in this world of humans and they had all sorts of stuff over there, stuff that was interesting and weird and wild and the kid wanted to learn about that world too.

So, rather than send out Willow to the human world unprepared, Dryad Mom started to explain things she knew about the world over there. Things like ways to prepare and buy food, reading and writing the common language, and uh, wearing clothes. One of the things she taught Willow, though, was that human society had this thing called gender. Then, she explained, gender was like a box you carried around with you, which nobody could ever look inside, but even though nobody would know what the box was, or what the book meant, the important thing was that you had the box.

Then she let Willow choose a gender. And when Willow wanted the box contents explained, Dryad Mom explained that there really isn’t any coherent idea of what’s in the box, but humans took it all really seriously. Willow considered the options presented, and eventually opted for one of them. And then, she turned up on her other mom’s doorstep with a bindle stick and a grin and spent the rest of her teen years growing up there, commuting between moms, after, of course, explaining to her other mom that oh hey, just so you know, that wasn’t a dream. 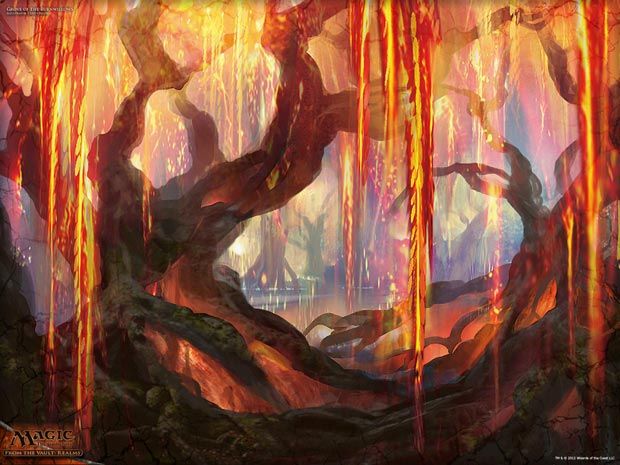 Alright, then, what’s the point here, aside from showing off how I gave my Fire Farmer a bit more of a background than most people bother? Because as I said, I’ve tried to make my City of Heroes characters to do less default-to-male, default-to-cis, default-to-white. Exploring different spaces, because there really isn’t anything that challenging about this character who’s a cocky indestructible badass who’s Too Online being a hot non-cis girl instead of a cis boy.

But here’s the question that lurks about my head with the character of Burnwillow.

I’m reluctant to say it, in the simplest way, because if I say ‘this is a trans character,’ it often implies that character has had a life that has involved dealing with being assigned a gender, then had some sort of narrative or journey away from that. I wouldn’t tell any trans person who wanted to see a ‘trans superhero’ that she represents what they’re asking for, because she was completely outside the normal cis/trans dichotomy. I sometimes use the term ‘post-cis’ to refer to Willow’s gender situation.

What I do say is that Willow is queer; she’s pansexual, after all, so even if she didn’t have the gender choosing thing, she’d still count as a queer person. 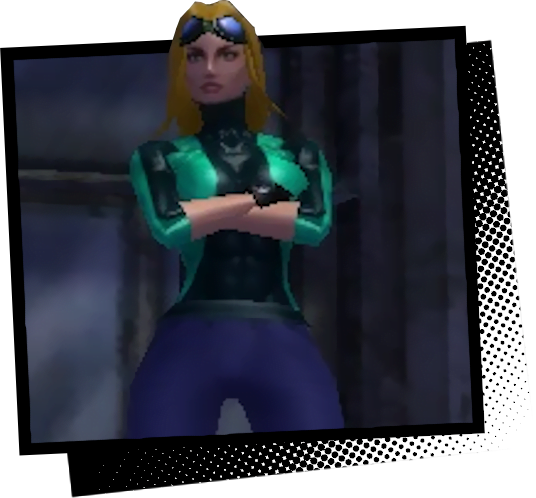 Now, is this particularly important? No, not at all. It’s just a backstory about a random character in an MMORPG.

But it is a thing that I think about, and I think about it, in part, because I used this character to tell a story, and then I have to decide what that story means. And maybe in the future, there’ll be a time when this is a normal thing, and we’ll have good language for it, and that means I’ll have already, in my head, practiced thinking about it.

Because that’s something stories let us do.