I spent what was, I think, a week of my life or maybe two, watching Riverdale through to the end of the first season.

The idea at the root of it was something I found really genuinely interesting. Sometimes you might hear media referred to as broad, as a way to refer to audience appeal. The broader your audience, the less specific you can be – because you can’t be sure that everyone in your audience is familiar with the same things. If your audience has to reach from truck drivers to beekeepers, you can’t necessarily be sure that they both know what it’s like, for example, to construct a lockpicking set. When you go broad, you start losing specificity, and not because it’s bad, but because you’re deliberately trying to save effort. Archie comics are some of the broadest things in the world, but also, high melodrama conflict driven teen schlock is pretty broad too. The translation between the two doesn’t look that surreal to me in hindsight.

My Riverdale watching experience started at the start, plowed through to the end of the first season, and then it hit a hard stop. I looked at the storytelling I’d seen that far, looked at how the story had fit together, and tried to determine if there was any kind of a plan, any kind of coherent sense to it, and was instead laying out track in front of it. This is a pretty cynical thing, but I default to thinking stories in serialised media aren’t being made with goals or targets, they’re just kind of being made, and nothing in Riverdale left me convinced there was anything in today’s episode that was being made with an awareness of what would be coming in tomorrow’s.

That’s important to me, because stories do a bit of a weird quantum physics; if you don’t know what you are, you don’t know where you’re going. If you know where you’re going, you come to understand something of what you are. Riverdale, if you’re not aware, is a series that absolutely has no idea where it’s going, partly because it isn’t going anywhere. That first season spends its time asking questions and then revealing answers, but each answer is just asking more questions, which – again – just feels like the story is laying track down in front of it.

Now then, what of the fact that Riverdale is ‘queer media.’ 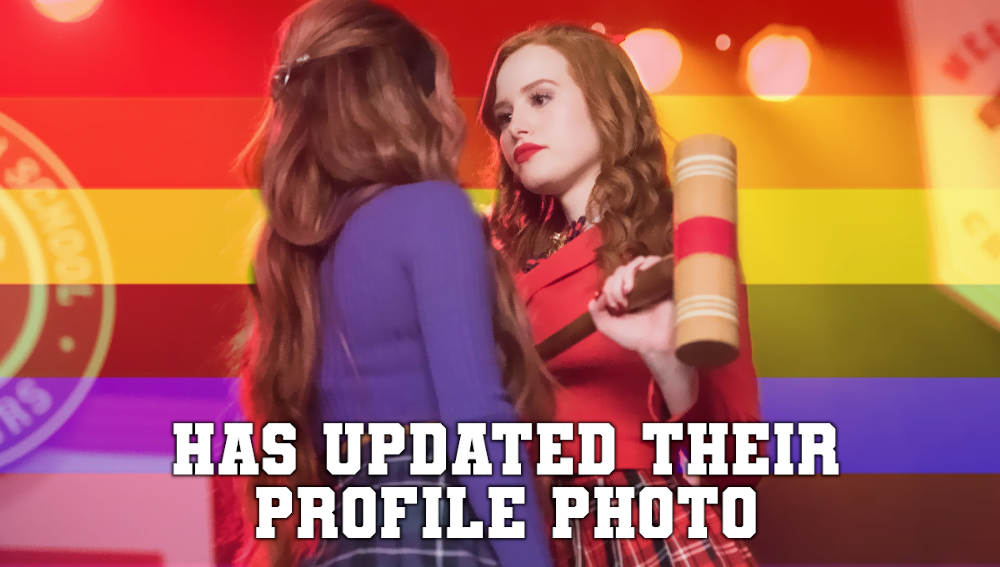 Riverdale does start out with a queer character at jump, and then it showed me in the process of that first season that his queerness was used to introduce characters, that would then complicate things, then go. Subsequent research indicates this pattern continues and this poor lad gets to operate as a sort of plot gear for other characters. That kind of follows the direction for gay guys in media like this, too, where they’re primarily here to be facilitators of other stories. The main difference is in if the media actually shows you him kissing another boy, or just implies it.

By the time I’d started watching, Cheryl Blossom had already ‘become gay’ in the way of characters in media. I was aware of that gayness, and my awareness of that meant I was looking for signs in the first season I watched. Naturally, nothing. I mean, sure, you can point out that she can be seen as a closeted lesbian being mad at her parents for how they push her, performative straightness, but that’s one of those things about being broad. There’s nothing specific that indicates that she’s a closeted lesbian in season 1, there’s just signs that she’s kinda a manipulative asshole with repressive family.

(And yes, I am aware of how weird and messed up it is at how sexual this show is when dealing with teenagers. One battle at a time.)

There’s a hyper-reality at work with Riverdale that mostly derives from spaces which I think of as camp. I’m no expert on camp? I wouldn’t know if I’m on the right track with the comparison? At first, I thought that the pleasant thread to pick at would be the way that hey, look, in a piece of media that wants to be as broad as possible and present the most basic, easily-grasped melodramatic narrative, can now include gay kisses, and that’s nice. But after thinking about it, and remembering camp media, I had this equally annoyed moment of hang on, what the fuck because of course this isn’t anything new. What’s new is showing it rather than implying it – because soap operas have been using the Surprise, They’re Actually Gay beat for a long time. It’s not like comparing Riverdale to a soap is even that wild, it’s a comparison easily made, especially with the constantly wildly swinging melodramatic nonsense of it. There’s a cult, there’s a back-from-the-dead beat, there’s a serial killer, Archie fought a bear – this is all nonsense that makes sense when you’re trying to find moments but don’t care about the followthrough of your story.

That makes all the queer representation feel really hollow, to me.

I don’t want to dismiss anyone’s fun on this one! Of course not. Riverdale is fun! It’s fun because it’s basically an entire meal composed of the sugar high of dessert at the end, it’s concentrated fun of its very particular type! There’s nothing sustaining in it, there’s nothing I find meaningful because everything that happens is happening because it can lead to another one of those highs. Is it cool that there’s a prominent gay character in a mainstream TV series and she’s a hot mess who makes for cool gifs? Sure!

I just don’t really know how interesting it is to talk about, especially with my skillset.