Ranma 1/2 was a weird anime, and its weirdness was magnified by its own stuttering success. I don’t know what the merchandising was like in the day, but the history of Ranma 1/2 is one of seemingly a sudden and yawning need to create more Ranma content. It’s an infamously filler-prone anime, which means that almost any story it did, it probably did twice. The anime invents characters and has a bunch of plot cul-de-sac stuff and the anime had lots of episodes and the fanfiction community created a lot of fanon that wound up becoming part of what people assumed was canon in the west.

For this reason it can be challenging to underscore just how weird the pre-existing Ranma 1/2 manga really is. It’s funny, because the fanon-framed, anime-infused vision of canon is actually less weird because everything that seems really weird gets filed as ‘filler stuff.’

Here then are five actual, no really, things that happened in the Ranma 1/2 manga. 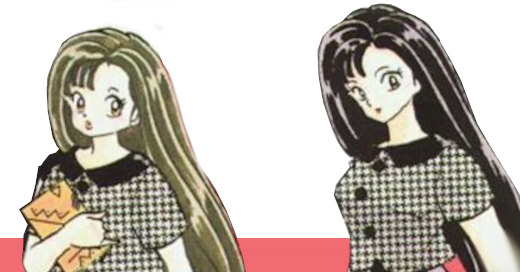 Anyway, when a series normally does a childish looking thing (like Fire Emblem) that’s actually a hundred years old so it’s totally legal (like Fire Emblem) and makes it so that thing can only be described as ‘sexy child’ (like Fire Emblem), it’s typically going into something creepy, and has that air of ‘this appeals to one of our filler people.’ In one of the well-distributed Ranma 1/2 OAVs, you met Hinako Ninomiya, an English teacher who looks like, well, a child. Then she sucks Ranma’s soul out via a coin, and turns into a tall, sexy lady. A shenanigan ensues.

I’ve seen people swear blue and blind that this character was invented for a filler OAV, but nope, this incredibly uncomfortable soul vore age-changing character is in the manga too. She appears twice. Once, she hits on Akane’s dad.

That time Ranma turns into a Cat

Catgirls, amirite? What could be more perfect a union of trans themes than a boy turned into a stacked girl than maybe also adding cat ears? After all we have a bunch of Ranma promotional art of her dressed up in cat clothes! Oh and there’s a spring of drowned cat, and Shampoo has that curse, so there’s lots of catgirl art of Ranma. 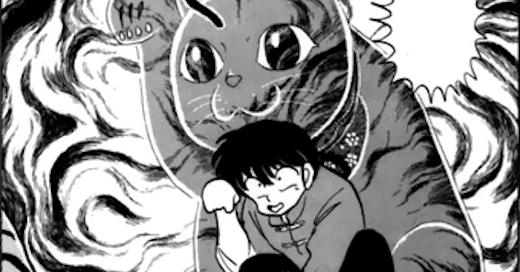 That’s kind of a buzzkill, eh? All that catgirl art is Ranma being stuck in an outfit and body he finds traumatising?

The Jusenkyo valley springs are one of the most interesting ideas in Ranma 1/2, and this is a series with mail order robots. It’s something that lots of people are intent to ask questions about, like what if you only submerge a bit of yourself or what if I or hey how about because we’re really annoying about asking mechanistic questions about things that are ultimately about story utility. Can’t we just leave it alone and not imagine there needs to be some kind of coherent programmatic sense to the way the springs work?

Except Takahashi didn’t do that, because she introduced Pantyhose Tarou (who is the best, and also horrible, look, it’s complex), who had been washed as an infant in the cursed Niuhōmanmaorennīchuan, or, the spring of drowned yeti holding an eel and crane while riding an ox, which, while burying the lede that yetis are real, instead of turning Tarou into a yeti, eel, crane and ox, instead turns him into the kind of badass monster you get if you get to ideally construct all those parts together. 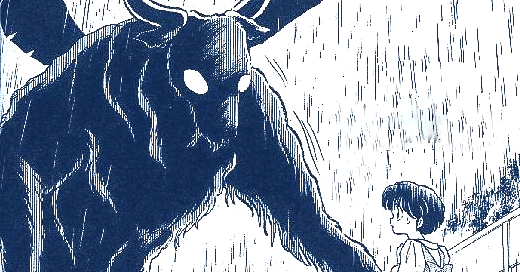 That right there is pretty weird and cool, except then, in Tarou’s second Manga appearance he goes back to the springs for another hit, getting octopus added to his form (how do you drown an octopus in a spring), and now he has a sprawling mass of tentacles on his back and he can spray ink from his fingertips, in our whacky martial arts story.

Wild, right?  Still, there is that other question people ask about the springs, where they ask, what if Ranma got pregnant while he was in girl form? What would happen? to which Takahashi infamously responded I dont think about that and neither should you.

The Secret City of Animal Fuckers

Except she was fucking lying, because of the Musk Dynasty. Somewhere in China, near Jusenkyo, there was a city which was home of a culture of people who captured powerful animals, dunked them in the spring of drowned girl, and then had kids with them, which in a more bleak setting would probably be super rapey, but instead thanks to the weirdness of Ranma 1/2, I imagine involved a complicated wooing arrangement with blown kisses and a former tiger having a moment to consider a butterfly on her nose before deciding she really liked this dude with the funny hair. It’s more of a hijink scenario, okay.

Anyway, thing is, that thing she said not to think about, she absolutely thought about it, and then seemingly went, ‘oh, this is a normal idea, let’s do that,’ and the result was an entire city of people who while abandoning the practice now absolutely come from a long lineage of animal fuckers. 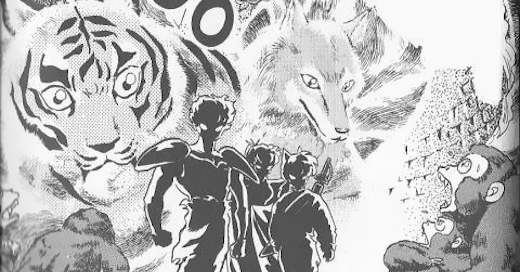 They’re also extremely powerful and afraid of women, so, you know, gosh Takahashi. Just all over the place, aren’t you? It’s kind of a bummer that we didn’t get to see the Musk humanised more, with them coming to become more of a fixture of the later series, but hey, that’s how things go when you’ve been running a weekly manga for years and are getting to the point where the tank’s running dry. Honestly, I think the Musk are the root of a really good (admittedly very Takahashi) story about Whacky Hijinks.

hey, you hear me, light novel friends? Come @ me about this for a shared universe.

If you know me, you knew this would top the list.

Ranma 1/2 has a plot arc – multiple issues of the manga, complete with a fake fiancee and a coercive marriage subplot – that focuses on a French competitive martial arts eating family.

It’s one of those things where explaining it isn’t as fun as showing something out of context, so here you go. 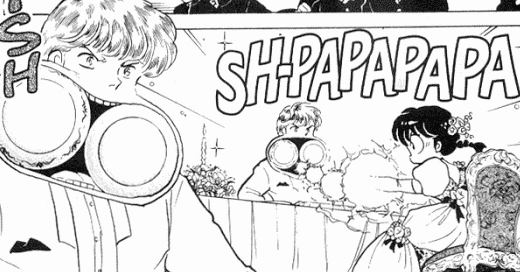