Let me restate that: Pay People For Shit.

My game release schedule is slow because I have to workaround art absence because I can’t afford to pay artists up front for pro schedules. What art I have is either given with promise of future payment or as gifts. In both cases, those are charities.

I can’t afford lots of art so my projects don’t get to use a lot of art. That’s the fuckin’ price of doing business. Don’t ask for free shit

Booklet games and ebook games are easier for people to try on a whim than card games. DOG BEAR outsells EVERYTHING I have. I think in part, this is because these games are easy and cheap to get – if you’re interested, it costs you five bucks to get it, and you get it right away. Most of my card games never sell copies online.

If you do print-on-demand you can include cards that are designed to be cut up to make tokens for currency or standups.

We have a lot of games about medieval warriors clashing. Feel free to make them if you want, but it’s a well-served space.

Giving players a hand of more than six or so cards can get awkward. Just like, fanning/handling that many cards is a decently big #

Players tend (not always) to fan out cards top to bottom, right to left, showing left corners to themselves. So if you want to put easy-reference information on cards, putting it in that left corner makes it quicker to see

67. To Orthogonal Or Not

Roughly half of players recognise ‘straight line’ includes diagonals, roughly half don’t. I have no solution for this. Just be clear.

You can track a variable on two cards, sliding up and down, ala : 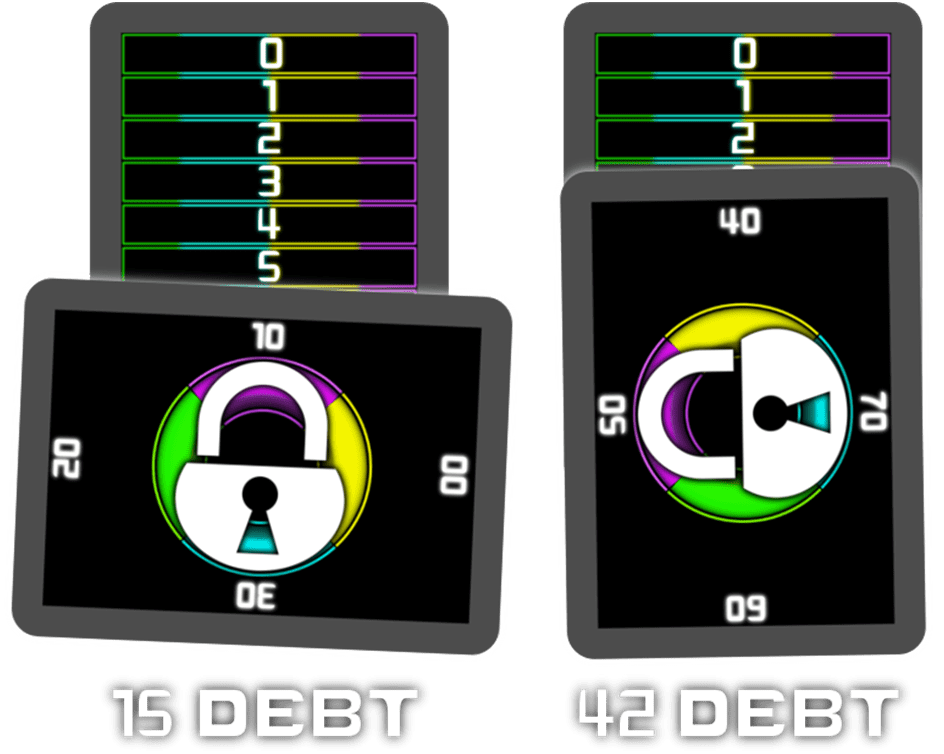 I got this idea from an old version of Sushi Go, and it’s VERY USEFUL for personal information tracking. Spares people using paper.

The more of a pain in the ass your game is to set up the less likely people are to play it twice.

Jesus christ, 70? Oh okay, anyway, If setting up is part of the game, you need to control it to make it interesting and not slow.

LOOKIN’ AT YOU, BETRAYAL AT HOUSE ON THE HILL

If your game is basically a pachinko machine you kick players into, and it can just fart-out and fail, speed is your friend.