When I reactivated WoW, I did so because I learned I didn’t need to spend any money to do it. I could just dump cash off my characters, cash that was meaningless if I did reactivate, because Blizzard didn’t cash-gate new content, typically. Meant I could boot it up, look at how my characters looked, and see how they felt.

It was weird looking at my Death Knights and seeing them work wrong. It was weirder looking at my night elf and seeing his face was newly strung with extra lines and a striated jaw that made him look like, well, like a Disney villain. It was weird, but this was a sort of learning experience. While I knew how to swim, I didn’t know this water way – I had to hold my breath and dive in. There were going to be weird changes. I could deal, right? Play by the rules, see what’s different, don’t think of what it was, think about what it is, and have fun with that.

Draenor had a lot of improvements, things I really enjoyed. I liked scooting around and taking out rares. I liked the quest stacks, the spread of the maps, the trade goods, I really liked the little Garrison and the way I could spend some time dorking around with this little collection of characters I could, hypothetically, care about. I dug that! I really did! And then, as I played it, as the timers wound out, and I slowly pushed my way towards 100, the rot started.

First things first, I wanted to fly. I like flying. Flying feels cool. Flying also lets me avoid content I don’t like, and there’s a lot of content I don’t like in World of Warcraft. Being able to skip content that bores you seems like the sort of thing you want to do in a massive game. After all, not everyone should be forced to do every kind of content. So, I saw that level 100 would let me fly, as with Mists of Pandaria beforehand and Cataclysm beforehand and as with Wrath and Burning Crusade and –

Basically, the past nine years of gameplay.

Still, I made sure to do whatever I could, working towards 100, so I could fly as soon as I hit 100, because I wanted to fly. That was my goal. Part of doing this meant earning achievements, like doing every major quest line in each major zone, exploring everywhere, picking up little random knick-knacks. I did what I could to work as hard as I could, before level 100.

Then I hit 100 and knew there were more things to do: A series of rep grinds, and a series of content grinds.

I would need to spend another month working on that.

Another month doing content I don’t want to do, so I could just fly again. 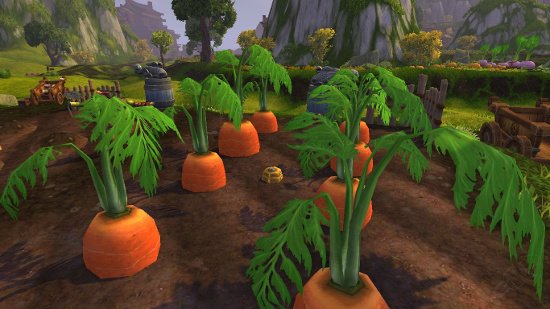 They have explicitly put this flying thing, this ability to choose content behind the vast majority of the content. Flying is not a feature in this mindset – it’s a bug. They’ve even made it clear – by allowing flight, they make it very hard for their content creators to force you to engage with content you don’t want to do (like fighting boring mobs). The solution, in their minds, is not to make combat interesting or make travel interesting, but to remove your ability to avoid it.

I wanted to fly.

I looked at what flying will entail.

I even tried it for a little bit. But then we met the other problem of Warlords of Draenor. That is to say, as ever always, hell is other people. 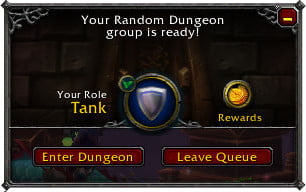 See they also introduced this thing called Timewalking Dungeons where you could go back and do old content, scaled down! And you’d get cool loot! This meant you could do old content, get new rewards, and appreciate the older mechanics! I know I loved Cataclysm dungeons, so that was rad as heck, so why not do some Timewalking Dungeons and enjoy that?

Because this is group content. This features four other people, who, statistically, I don’t know.

Now I’d already turned off every public channel as I went, because, as this is 2016, I couldn’t travel through any city or town without watching people complaining in loud open spaces about feminism, Obama, or Trump. I knew I didn’t want to interact with those chortling buffons, but maybe in a dungeon they’d be okay. We just had a mechanical objective!

No, it was frustrating and obnoxious, and dealing with other players who are the kind of folk who lean on the front of a rollercoaster demanding the reasonably fixed-speed device go faster and don’t care a damn that their behaviour is inconveniencing or annoying anyone.

I did a few of these, and then no.

No, I am not dealing with these fucking assholes.

Remember those rep grinds? Apparently, they go faster if you form a group. Apparently. I wouldn’t know, because the idea of reaching out and talking to these people makes me deeply uncomfortable. The environment, the very tone of public interactions in World of Warcraft is repellent and involves interacting with people who are at the least, slightly odious seeming.

So here we are.

Warlords had me. And then, as soon as I realised that it only had one plan for where I was going, it lost me.

* Bet nobody’s thought of that joke