Here’s a term that game developers should know about from academic spaces:

Unstructure is an idea from Paul Booth’s Game Play: Paratextuality in Contemporary Board Games. In this book Booth needs some way to describe the concept space that games create that is both concordant with human-manageable rules, and yet not immediately procedurally compatible with human interpreters.

Big mouthful there, so let’s try rephrasing it. Unstructure is the way a game uses systems that a person can manage to create scenarios that people can’t immediately predict. Some games don’t really have unstructure – Blackjack, for example, or Bridge, or Backgammon, for example. Games that do, however, are those games that are usually trying to represent a world with many people acting in it, some of whom aren’t really ‘in’ the game at all – the movement of traders, or the behaviour of monsters, or the whims of traders and people. Even a game like Monopoly has unstructure, where it uses chance and community chest cards to represent the goings-on in the players’ lives that have nothing to do with their surveying and buying property.

Unstructure is a thing for games that are trying to create a metaphor or a hypothetical space. The example of Unstructure that Booth uses in the book is Arkham Horror, a game that spreads systems broadly across a board, across different subsystems – people you deal with, events that happen, monsters that act – and in so doing creates a scenario that is both generated by things you can look at, read, and explain to toher players, and understand, that is still complicated enough that you can’t necessarily solve it.

A game Booth doesn’t cite in the book but which serves this really well is Betrayal at the House on the Hill, where the systems of the game are extremely well suited to hide from you just what haunt will happen, how it will happen, and who is going to be the traitor. This works really well in that game because it keeps you from being able to predict who will be the traitor, putting a spicy edge on the cooperative exploration part of the game. 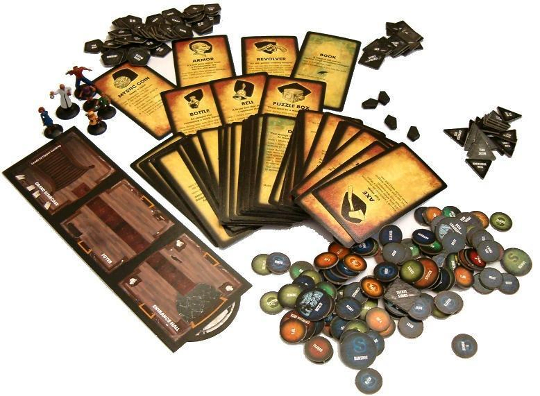 The reason I think you want to know about – and have access to – unstructure is a concept is because it lets you know what you need, how much of it you need, and ways to build with it or build away from it. What Unstructure gives you is a way to describe just how much stuff you need going on in your game that players have no control over, and whether or not those players can manage to keep straight what’s going on. Some games may make it too easy to deduce the behaviour of the game, meaning the unstructure collapses and becomes something predictable or procedural. Some games may make it too hard to perceive random events as being about this world space, and make the game feel fundamentally random (hi, Monopoly).

Unstructure’s just another tool to describe ways you want the game to work, and it’s worth having.