We’re first introduced to Sophie, as a character, as a fifth-ranger character, someone who’s introduced because the other characters are known factors. That’s when we’re given her generally defining characteristic: Sophie is someone who wants to be a legitimate actor, but who is terrible at it. Her skill as an actor is only brought out in cons, where she can somehow slip into character – a range of characters, even – excellently. This is a trait that’s only really emphasised in the first season – the recurrent theme of her being dreadful as an actress, despite regular and repeated efforts to be one. It’s usually used as a joke or a continuity nod.

One of my favourite examples is when Sophie is soliciting feedback from the crew, you get to see how they all handle being confronted with a friend they want to lie to: Nate attempts to bluff his way over the line, Hardison and Elliot are both extremely uncomfortable, and Parker, being Parkery, indicates she loved it, in no small part because she had no boundaries for what constituted normal.

That’s our basic tension of Sophie: She’s really, really good at something, and she’s not good at it in the way she wants to be. As the story progresses, it gets worse for her: Her skill at keeping people at a distance has holes in it to start with, and she gets worse and worse at it, with events that shake her feeling of safety and inviolability. By the time someone attempts on her life, she literally runs away from the group in an effort to re-establish some sense of control over her life.

A sense that doesn’t return until she’s back with them, and that was perfectly timed to the actress’ pregnancy, but anyway.

Sophie is typically presented as a mother character in the found-family structure; she’s the one who sides with Nate in public to allow for some comforting structure, then restructures the complaint to him so he has to address it. The suite of tools she brings to the table are also some of those that have – in a broad, general sense – appeal to people like, well, my mum. 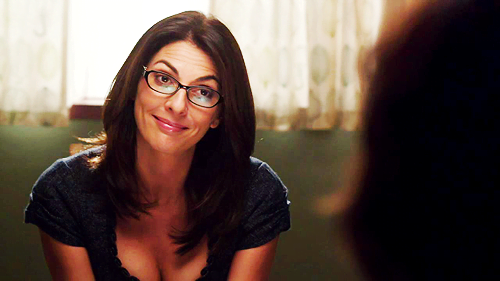 Sophie doesn’t punch people, doesn’t force people, she doesn’t even acquire secrets or slide around back doors. Sophie walks up to the front door and uses confidence in its purest form to manipulate the people she’s dealing with. When the time comes to convince people of things, she does it by showing them things that fit the world that they expect to see, and relies on them to make a natural mistake. It’s very compelling, it’s artful; she constructs a fantastic vision of the world and makes people around her feel it is true for long enough.

At the same time, the character of Sophie is one who more than any of the other characters, connects to real things. She’s not nursing some deep trauma, she isn’t dealing with reconciling visions of herself or enormous guilt. She isn’t addicted to power or success, Sophie is a person who most primarily is interested in what money lets her do, and once it becomes possible, who that lets her help. Even in the earliest part of the series, she leaps to using the tools she has to make people’s lives better, taking over from Nate when he’s too black-out-drunk to get involved. 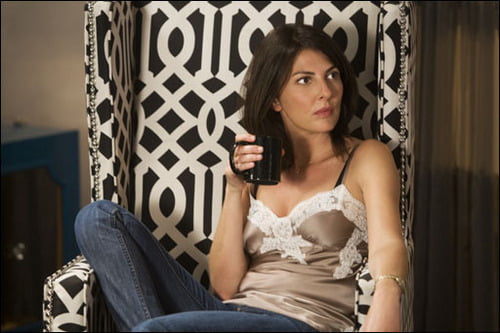 Sophie is, in this way, an everyperson character to connect with. And as an actress, in a piece of media that requires actors and actresses to make, it serves as a meta reminder that she is letting us step into that work and fantasise for a time about being very good at making people believe us and using that power for good. Maybe that’s all Leverage needs to do. It’s a series that teaches us about things – real things – that are bad, and cruel, in our world, and frames them as things that we should want to oppose, things that we should want to deal with.

It’s a small thing, but it means that when things like Wage Theft come up in the news, our response isn’t just ‘oh well,’ but are instead deeply angered because we recognise what those problems are.

And Sophie, for all her sophistication and her fantastic personality, her ridiculous realities that she creates, she is the person we can see like ourselves, helping to push against them.

Or maybe not. Maybe you’re like me. Maybe Sophie doesn’t ring for you like that. But I’m absolutely certain, that for everyone who wants, in a story like this, for there to be someone as The Adult In The Room, feel gratified and relieved every time they hear Sophie step up and assert exactly that.