I’ve spoken in the past, about an old TISM song, Play Mistral For Me. For those unfamiliar, the lines of the chorus are

Each man kills the thing he loves
A fisherman caught in his own net
It’s frightening but you deserve
The audience that you get.

It’s meant to be a haunting meditation (like they’d call it that) on the idea that if you’re destined for an audience, your audience’s actions are part of your destiny. It’s something that I’ve mused about lately as I watch students talk about their takes, and as the world increasingly spins around people who have let’s say a not great take on the meaningful metaphors of works like The Matrix and Fight Club.

Spoilers for some movies I feel comfortable assuming you’d have seen by now or don’t care about ever seeing them unspoilered. 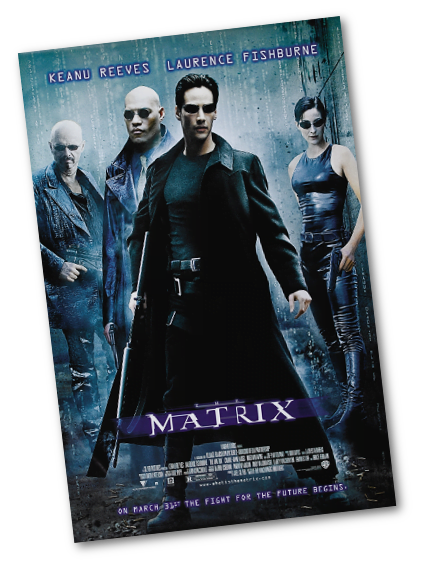 A thing I want to resist is to simply say these people misinterpreted the work. When you’re in media studies, it can be easy to see your view, or the informed media studies views, of work as ‘true’ and people whose views aren’t as rigorous as ‘lesser,’ which is both arrogant and also kinda just a useless dick move.

Media studies is a set of toolkits, it’s not a way to win liking a movie.

There are some movies that are famously ‘misinterpreted.’ The creators, the authors, all imbued the work with their meaning, and handed the work on to the audience, and then the audience didn’t get the message that the author put there. The argument then goes that these works are ‘misinterpreted’ because the still-living author gets to put their own spin on things, and they’re able to authorise their correct take on the movie, or even just imply it from those people’s lives.

After all, the language of ‘the red pill’ is drawn from The Matrix, and it’s fairly well-accepted now in queer discourse that if the pills aren’t meant to symbolise HRT, the idea of HRT certainly informed the device. With that in mind, all the people ‘taking the red pill’ and thinking they’re waking up to reality that just happens to comply to a conspiratorial view of their pre-existing biases and misogyny are using imagery ‘wrong.’ 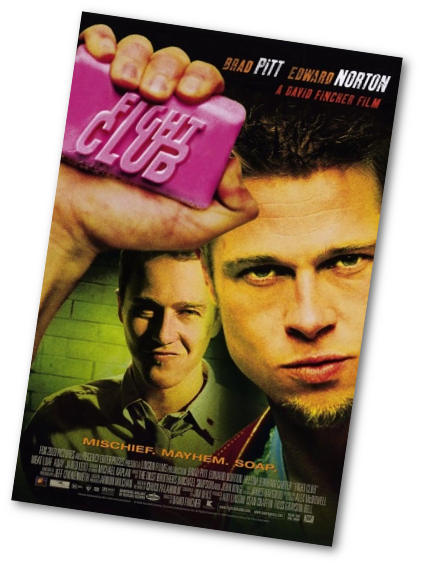 How could anyone watch Fight Club and interpret it as anything but nihilistic and awful and an indictment of Tyler Durden, his behaviour, and his ideals? Well, you could get there by watching the movie, and seeing that Tyler Durden does everything he wants to do, everything that he enjoys, and even at the end when he’s killed by his best friend, he still succeeds in his plan and his friend is shown to be a broken wreck of a man for the experience. It’s only a bad end for Tyler if you see death as a thing to avoid, which Tyler pointedly does not.

While I say that all interpretations are valid, they aren’t all equally valid. It’s one thing to interpret Teen Titans’ Dick Grayson as bisexual and it’s another thing to interpret him as a suspension bridge. The problem is that when you start to view things in terms of a correct viewpoint, a single true vision, you lose the idea of the death of the author, and the ability of the audience to interpret works, which is pretty bad news for queer and feminist theory trying to push into spaces they were normally excluded from. 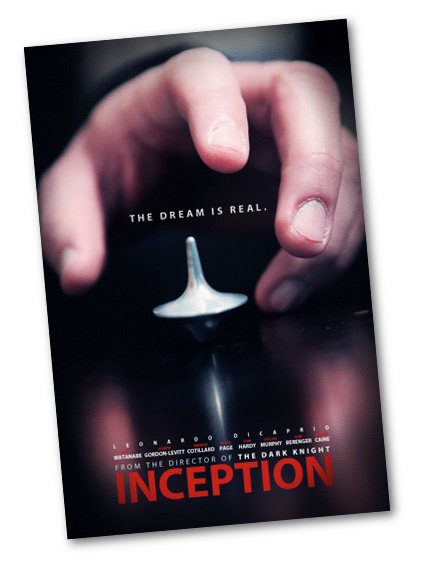 One category of movie fussing I grew tired of real fast was the vision of Inception as confusing, or a difficult or challenging movie. It’s not that it was remarkably easy, it was the way that people beavered away at its frames in the hopes of finding some answer that was in the text but hidden so perfectly you had to basically 100% the viewing to ‘get it.’ Is it real? Will the top fall?

The correct answer – for me – is ‘who cares?’ because he’s not looking at the top to see whether it falls or not. But does that make me a more complete fan of the movie? I saw it once, ‘got it’ to my satisfaction, and moved on with my damn life. I know someone who’s seen it fifteen times and enjoys the chase, seeking out those clues. I think they’re wasting their time, but I can hardly say their textual analysis is less rigorous than mine.

So what do you do?

What we’re seeing here are two competing forces. Normally, this is depicted like this: 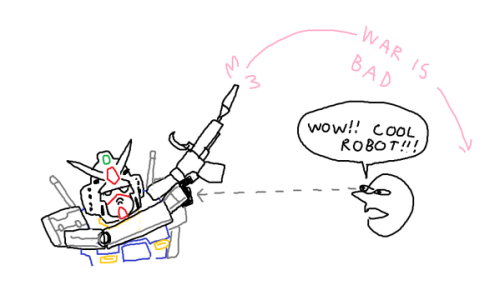 And I feel this image is a pretty good metaphor for what it’s representing, even if it doesn’t realise it. It’s meant to be making fun of the audience that look at the robot, while ignoring that the robot is directing its message away from the audience. That is, if the audience is to blame for not seeing the message, it’s the robot’s fault, not the audience’s. That’s not the intended meaning of the meme (I assume). This is perhaps because I’m inclined to think in terms of talking to creators about their work, and how to do it better, rather than to audiences about how to enjoy their work.

Still, the movie examples suggest that even if you do try to aim at an audience, to convince them of something, that you’ll miss. You’ll always miss some of the people you want to hit. Maybe even the ones you want to hit the most.

I refer to this as the worst fan problem.

You’re going to have at least one shitty fan, one fan who you can never convince, who will nonetheless engage with your work and think they’re a fan, think they know the best take on your work. And in that, I want to offer you, creators, freedom.

There will always be a shitty fan. You can’t change that, you can’t convince them. So stop worrying about them, stop chasing them, and instead dedicate your effort to the attention and edification of the people you can meaningfully convince. Because they matter more than some shitty fan.