This all started with Elmo, of all things.

I don’t remember where it started, I don’t remember who started it. I want to blame Corey and Clay for putting the idea in my head. It’s a notion that can be expressed in big, complicated questioning ways, like, how is race as a socially construct aggregated in characters that can only represent that construct in social ways, or it can be simplified into is Elmo black?

Most recently, I asked about the characters from newspaper comics Garfield and Heathcliff: Are they black or white? 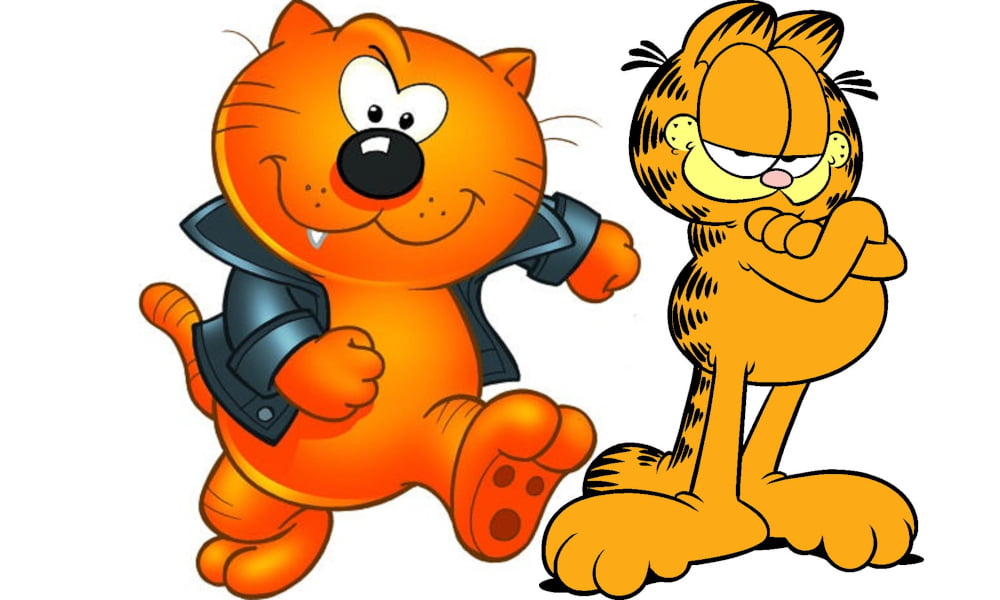 The idea is that on a surface level, ‘black’ is a character trait that is commonly seen as being associated with a skin colour, and that is it. That is, that blackness is explicitly related to skin, that blackness is something that can only be born inherently to a person. And let me be clear, in this discussion, this is about characters created for fictional works. I’m not saying that blackness, as a cultural identity, is just 100% socially constructed and there’s no reason you cannot choose to change to adopt that cultural identity and Dolezal this shit.

These things and cultural spaces are zones, with grey and fuzzy areas between them, but it’s very important that you understand that this conversation about the blackness and nonblackness of fictional nonhuman characters and not some sort of statement about how black people are like, faking having a cultural identity or something. 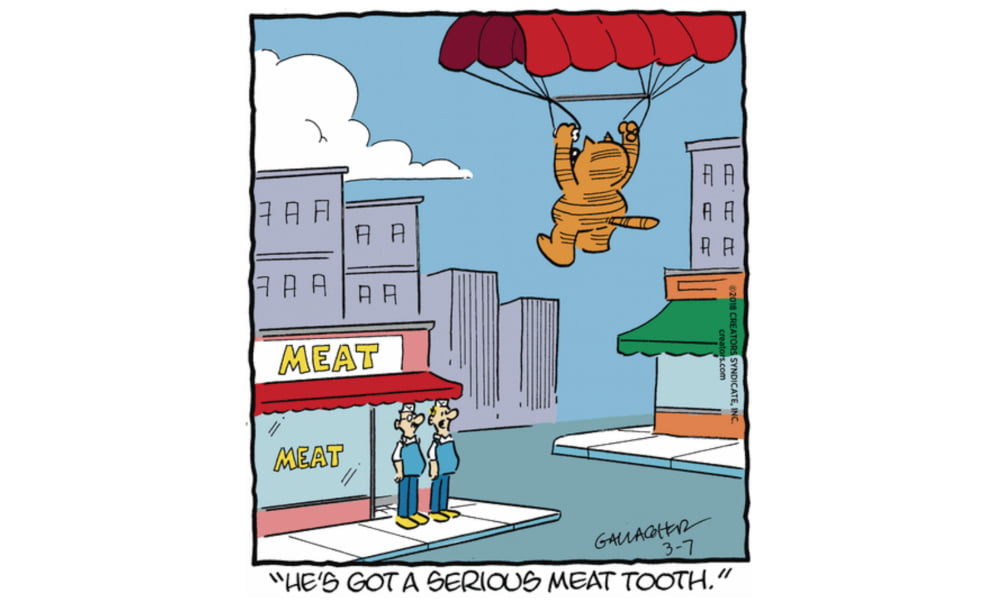 First things first, there’s a kind of response to this question, that ends the conversation dead, and I hate it not because you’re bad for making it, but because it is boring and it shows you don’t want to consider the conversation. When we talk about these two cats, if we jump to they’re cats, then we’re asserting that character-wise, nothing about these characters is encoded except their catness, that there’s no signifiers as to their relationship to the way we treat people. Let’s talk real quick then, about encoding.

If I tell you there are two characters named Jenny and James, unless you are a total smartass who thinks I’m trying to fool you, you know what you can infer from those characters. One of them, James, is probably a guy, and Jenny is probably a woman. And if you think that gender in names isn’t important, notice how a lot of trans people opt to change their names, as a way of asserting control over how they are encoded. This isn’t to say that these names have inherent girlness or boyness to them, but you exist in a society-

WE LIVE IN A SOCIETY

– that has cultural expectations and information we convey in all sorts of ways. And we know this has applications in other ways. Resumes that whiten, to depict the subject as less black or less asian, are more likely to get responses from employers, showing that we do parse ‘blackness’ in sometimes details as simple as names. People are made up of complex collections of interrelated factors, and we do perceive cultural signifiers from one another in different ways. Even a name on a page can bring with it some of those signifiers, and what characters do, and how they do it, is so much more.

The choices made in designing a character reflect choices made by the creator, and what they express. A lot of the time, these choices are not going to be made to express an inherent cultural value, or consciously done to represent a particular significant group, which means that instead, we get subconscious expressions. 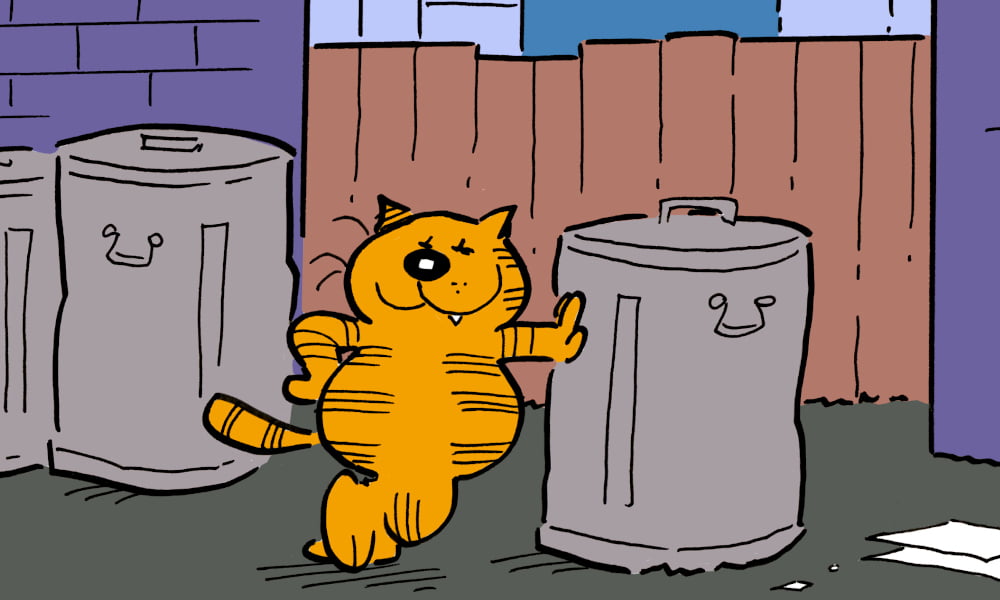 Think about it. There are some behaviours that are more embarrassing when a character does it that seem ‘wrong.’ If a character breaks out in rap, it often seems jarring and inappropriate, usually because the character isn’t someone who should rap. Now, that’s often because characters that rap do a bad job, but part of doing a bad job is about not having the right affect or style to do it ‘properly.’

When we talk about characters like Garfield and Heathcliff as ‘just cats’, we’re saying that they aren’t carrying these signifiers or traits that we pass on. That tends to mean in a very 4chan way that they are ‘anyone,’ but that really means they are ‘default.’ Characters start from a default, but then how they talk, their word choices, their behaviour present them in different ways. If Garfield’s dialogue alone said “oi boyo, what y’cuttin’ a’?” or “whattya at?”, then you’d probably –

Well, most people would assume that he’s meant to be Irish and some might assume an Australian just tried to write Newfoundlander dialogue. And note, Irish and Newfoundlander aren’t white, there are plenty of people who talk like that who aren’t white! But they do imply whiteness. 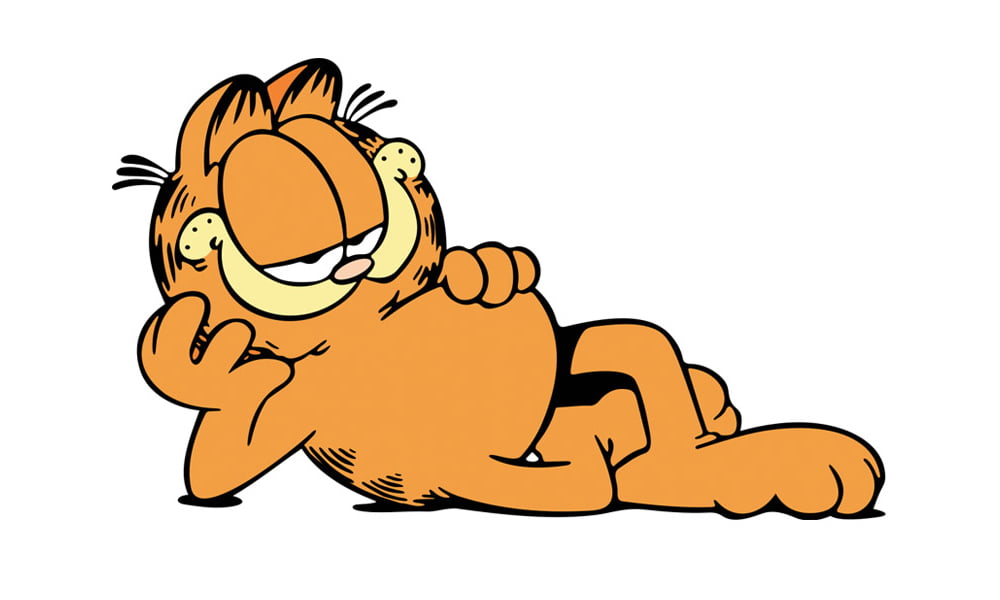 Remember, these works are created by humans. They are created to behave like and relate to the world the way humans do, hence anthropomorphic behaviour. Humans base their conception of human behaviour on observing and relating to other humans. What you’ll find is that in works that seek to avoid these signifiers will often unthinkingly create something out of subconscious biases.

This is why I asked, originally. Heathcliff is quiet, but also feared by his community for criminal behaviour; his origins are known as being poor and inner city, away from the suburban life he lives now; his dad is in super prison, and he hates cops, even going out of his way to bully police dogs! Now, does this mean he’s black? Not necessarily, not by any means. After all, these are stereotypical simplicities to say that this means he partakes of, or shares in ‘blackness’ as a character. What about Garfield? Well, he has none of that. When he’s scared, he runs to authority, including looking for police for when he’s lost. When Garfield is in trouble, he’s shouted at by his owner, which makes the relationship different.