If you go check out the ‘Tide Pod Controversy’ page on Wikipedia, you’ll find a report that’s long on reports on the meme, full of people talking about the meme, referencing videos that reference the meme, and surprisingly scant on incidents where people, referencing or creating content about the meme actually did the thing the meme is about.

In 2018, there was a fuss. Teenagers, the fuss went, were making videos about the ‘tide pod challenge.’ If you didn’t actually hang out with teenagers, you probably saw tide pods coming up in the context of political cartoons, which used them as a go-to hack’s form of identifying the folly of youth. The idea was that youths were daring one another to eat tide pods, and then, doing so, and we assume, getting hurt and hospitalised. 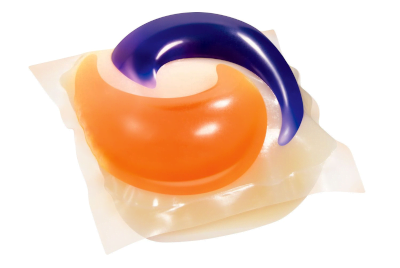 This demonstrates the kind of object permanence that you can usually rely on media targeted at boomers to do. Because it turns out that if someone makes a video of them putting a tide pod in their mouth, or making soup out of them, that they aren’t necessarily eating that thing after the next cut. The other thing is, we keep statistics about poisonings, so you could just look those things up.

In the United States, an under 20 every single day was hospitalised by tide pods, which made up about a third of all hospitalisations from their ingestion. Of course, that statistic sounds pretty damning about stupid teenagers until you check the data and find that ‘under 20’ could be brought down to under 5s, and that data was from 2012 to 2014.  And then if you’re paying attention you go ‘hang on, a third?’ and find out that for every child that eats soap and gets sick, about two elderly people do too.

Tide Pods were already dangerous when they were first introduced. They were dangerous particularly to infants and the undercared for elderly. They still are. There’s a really worthwhile conversation to be had about how the marketing techniques to make Tide Pods generally appealing do make them look like a foodstuff – that we merchandise these things with chemical construction and colour choices to tap into the parts of our brain that like things, and we tend to like things that we can have sex with or eat (sorry, asexuals, but it is a trend in aesthetics). This is really a thing worth addressing in general.

Pathetic, then, that the conversation only surfaced when people wanted to frame it as teenagers, people who we give the tiniest bit of agency and unsupervised time, doing something stupid that, broadly, they didn’t do.

That statistic up there about how elderly people and children are the primary people who consume Tide Pods? Yes, a child is hospitalised every day under that.

There were six deaths to this kind of poisoning in 2018.