I’m a big fan of the Visual Novel. I don’t just mean that I have a fondness for the form borne out of a period of my life where they were a way to both get anime and smut at the same time when those were two things I very much needed in my life to feel connected to the world around me, I’m actually a fan of the structure.

There’s a lot to talk about here so let’s just dive in. 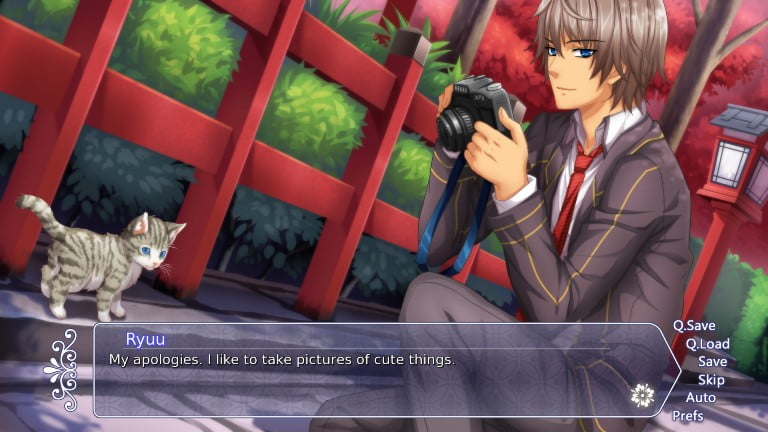 I know a lot of people who want to make movies. For some of them, the cinematography of a videogame camera gave them that option, and you saw early demo-editing Quake levels and replays being made to play with those same ideas of echoing subtitled cinema.

So first of all, they’re a way you can do a movie-sized story on a very, very small budget.

When it comes to the game elements of the Visual novel, I feel that as a game type, it inherits well the basic structures of the point-and-click adventure, those low-impact, low-action kind of games that wanted to give you the time to quietly and patiently sort your way through problems that are presented to you. Things like Monkey Island and Beneath A Steel Sky, where the point was not some focus on exciting action setpieces but rather a much more slow, wandering kind of puzzle hunting. 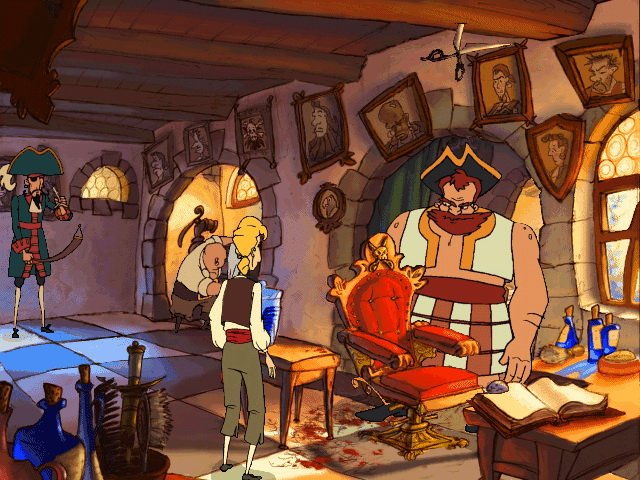 Now, there are four basic puzzles in point-and-clickers you can deal with, and there are two that Visual novels can do just fine, and two they do Not So Fine.

Good: Use Key On Door

Something impedes you from a path ahead. For good conveyance, you want that path to be in some way visible to the player. You need an object that you can carry to the impediment, and then that will get it to go away. Ie, it’s a key and door situation. There’s a door, you unlock it, you can continue on your way. This type of design is incredibly common. Sometimes you’re obscuring the keys, sometimes you’re obscuring the doors, sometimes behind the door there’s just another key, sometimes you’re just collecting completely obtuse keys – but that’s the basic thing. Take an object to an impediment.

So there’s this thing that’s really tricky to do in Twine, and Visual novels as well, where you have containers. Containers are something some games can handle just fine – I’m told Inform can easily handle it when you put an apple in a box, then pick up and move the box around and then set it down wherever you like – the apple will still be in the box. In visual novel coding… this is trickier.

What this tends to mean is that visual novel games often feature a bit less of characters interacting with the world as a place with a lot of material objects. This is also reflected in the genre – note that most games are not about carrying around tools, as much as they are about inner experiences.

And now here’s where the point-and-clickers of the past are a little different. The typical form of the Visual Novel is a linear flow of time from A to B. You’re very much moving along a line of time, rather than necessarily having the means to travel between locations.  This isn’t to say that’s how things have to be, but it’s not uncommon for people writing visual novels to present them as a single long line of time with you moving along it.

This isn’t to say that visual novels are bad at this – you can definitely set them up to do it. But the default code structure of something like RenPy reflect the genre, where it is very, very easy for the game to just see each play as a series of sequences that check variables, rather than necessarily going to places and letting you move around them more freely. 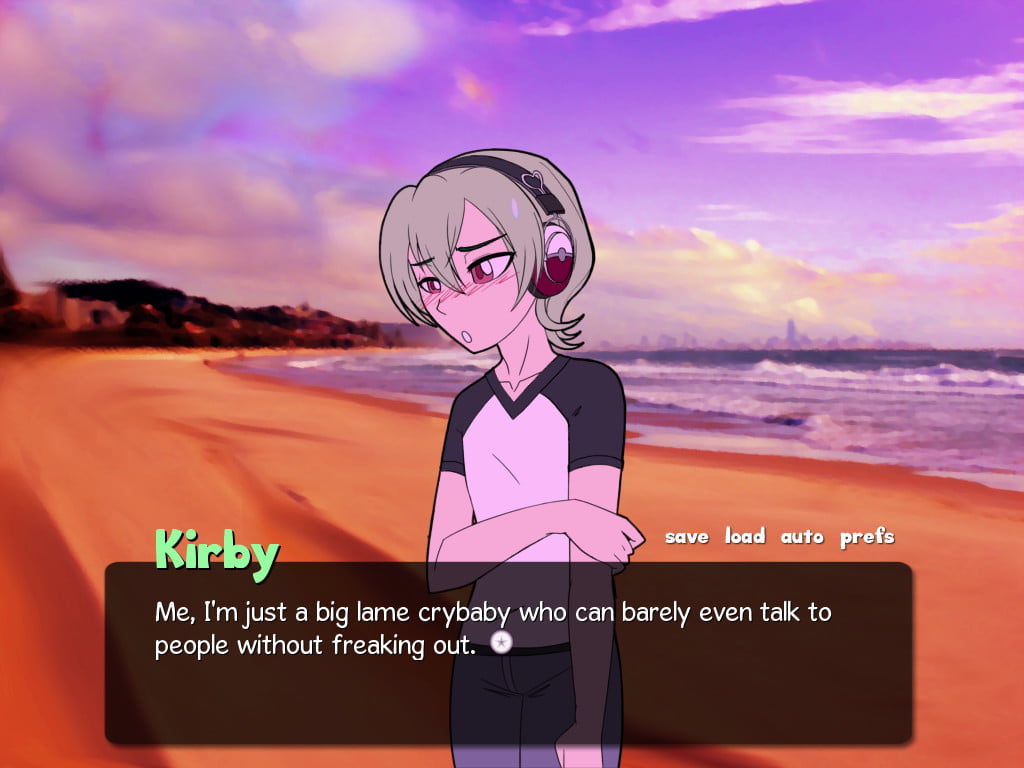 Then there’s the things Visual novels can do well that you can lean into and build on in your own projects.

Hey, you know how you have all that writing about your game world, or your characters and you want to give people a place to go look for it and read it if they want to? But if you dumped that in the main space for people to read it’d slow everything down and be super boring?

Well, the Visual Novel is a game form where reading a ton of stuff is a thing. In Hate Plus, there’s a reference codex for any character. You find yourself confused by a name? Click on it and it’ll take you to a place where you can look at that character and look at what they’ve done and what you know about them so far.

It’s almost a stereotype that visual novels have a first-person narrator, often a narrator who is ‘you.’ Doing things this way gives you an almost unprecedented level of access to a character’s inside thoughts, meaning you can see how they think before they act, how their inner dialogue contradicts their behaviour, their anxiety, their stress.

It can also be a fine opportunity to learn that a character is a total butthead, which is a problem that Roommates has.

You know that thing about how going to a place is something that VNs don’t tend to do? Weirdly, they do handle schedules well. Because that’s how you use your time, and you can even trigger or chain events based on what you’re doing with your time, today. These can get super complicated, too!

I really like Visual Novels. If I was better at designing interfaces or had the knowledge of where to start designing interfaces, I’d probably have made some of them by now (Sorry, senp.AI). They let artists do small numbers of works they like, they allow for clean use of arts and assets, and they don’t require a lot of technical knowledge to get started on. They do need you to be somewhat clued in on structure and planning, which is pretty frustrating stuff if you’re not familiar with it – but you can find your plan in the making, too, and restart.

Look into Visual Novels, they’re a great little genre, and lots of fun to think about making.