Sometime around December last year, someone on twitter first discovered the food known as a chip butty. Chip butties are a common enough kind of dish to make when you have, for example, bought a bunch of fish and chips and you want to put them together and maybe mix up the variety of what you’re eating, maybe add in some butter, or give a kid a distinct, ‘correct’ amount of chips and make sure folks are each getting their fair share.

It’s also just great? Like, it’s usually butter, bread, chips, and sauce, and if you’re not big on gluten or gluten products, yeah sure, that sounds bad, but they’re all really tasty and they taste good together.

I went looking for a root source of Chip Butty Discourse on twitter, and I thought I found the root tweet, which is just some random sharing a picture, but that picture was, itself, shared from a GQ article from 2018 that referred to them as the Deranged Nonsensical Sandwich of My Dreams, and Britain’s manic pixie French fry sandwich.

It primarily made me think: How fucking boring is this person that hot chips and bread are somehow the weirdest thing they’ve ever thought of? And then I realised hang on, I’m listening to an American talk about food. 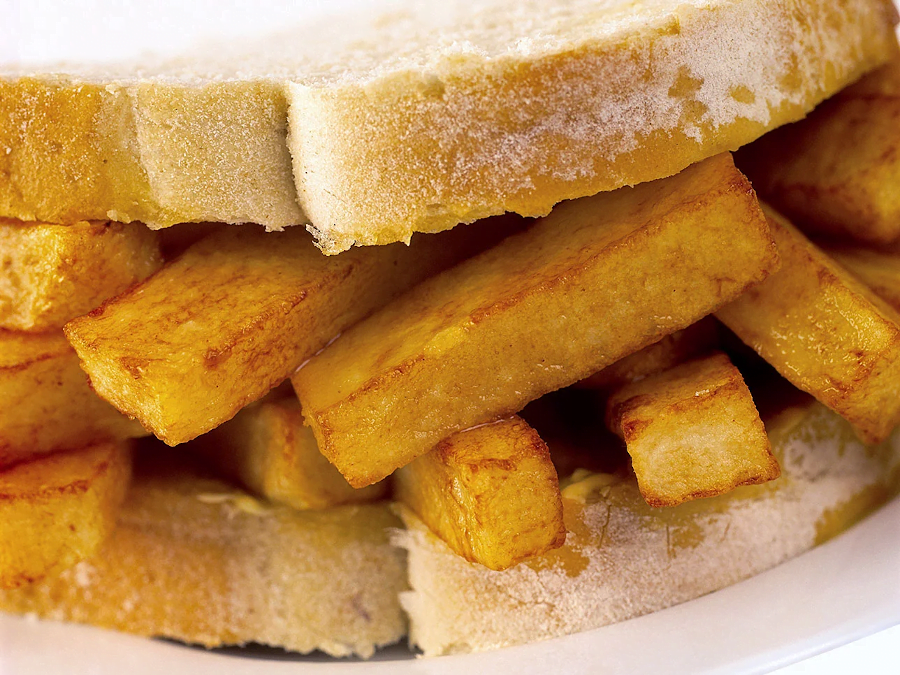 I’m listening to an American reacting to a chips sandwich like they’re approaching something twisted and strange.

I’m listening to Americans deciding that the thing that they could punch up at, and mock as a cultural failing, was something I ate on Friday nights before AWANA because you could get a meal for the family for five bucks. And the people throwing stones in this case were…

And oh, I’ve been told, yes, American food is great, just, you know, only this regional food, and it also tends to be really expensive, and also pointing out that Americans are being shitheads is classist violence, because poor people are the ones who eat pop tarts, as if the chip butty is dipped in gold and being sold at twenty pounds a pop. American food is great, and if I don’t agree, it’s because I either live in an inferior culture, or I don’t appreciate how great their food is. How great is their food? Well, they clearly like great food, because they think chip butties are from the god damn moon.

It made me think of Welsh Rarebit. 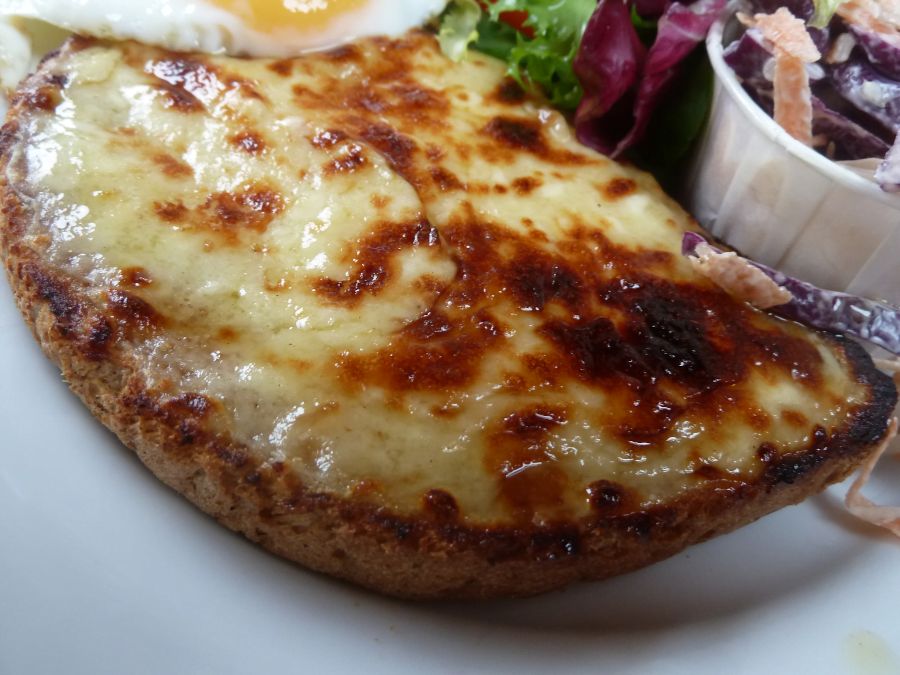 When it comes to ‘national dish,’ most countries in the world seem to have it completely headassed, because it’s not a dish, it’s a list. When you google ‘Australian national dish’ you get top ten lists and a wikipedia page that, perhaps fittingly, reads like a recipe blog that explains the existence of Australia from first fucking principles. American National Dishes include Turkey, Apple Pie, Hamburgers and Hot Dogs.

The United Kingdom, though, that place did it right – in that for a time there, before people got all national dish happy, each of the four countries that made it up had one National Dish. At the time, it was that Britain had the Beef Wellington, that Scotland had the Haggis, that Northern Ireland had the Irish Stew.

Welsh Rarebit is a foodstuff of a sort of mythological position. There’s no sign that it originated in Wales, because it’s simply too fundamental an idea that you can really claim any one culture did it first. The narrative, however, is that back in the day, when Wales wasn’t a country, Wales was kind of this county of Britain. The line was that ‘Welsh Beef’ was lamb, because Welsh people were too poor to buy beef. Welsh lamb was chicken. Welsh chicken was rabbit. And welsh rabbit was cheese on toast.

Rarebit is the way the term evolved, but the basic is that Welsh Rarebit is cheese on toast, with a bit of a sauce.

Beef Wellington takes a lot of work to make. Haggis is hard to get because of investment of time and resources – like, it’s a way of using all the bits of a sheep it’s hard to sell. Irish Stew is time consuming too, and it’s a beefy stew with potato that you need to take a lot of time to get to soften up the meat. These are all lovely foods in their own ways! But when they were the benchmarks of national food, the Welsh had cheese on toast.

I think about this, about this sneer, when Americans make fun of other cultures’ food.

These days, the Welsh national dish is cawl, a type of lamb stew.