In most editions of D&D, there’s this system for magic that treats all magic as a sequence of ‘spells.’ In 3rd edition, the idea was that a wizard would have a certain number of spell ‘slots’ available, and each day they would choose the spells to put in those slots. This is known as Vancian Magic. Contrary to what some folk think, this magic system was not made to be a game system, but it just happens to work really effectively as a game system.

Originally devised by Hugo Award winner and joyous sailboy Jack Vance for his Dying Earth series, this system tends to be tied to spellbooks. The wizard encodes most of a magical spell at the start of the day, using a spellbook to handle all the complex work and memorisation, and completes the magic spell at a later point. It’s an interesting idea, and it sort of feels like electrical engineering played a part in its conception.

Vancian magic tends to be entwined with books. If you look for the phrase ‘fantasy art wizard’ on google, you’ll find that almost all your most prominent hits are going to feature some kind of bookshelf, library, or spellbook. There’s a historical trend for this, of course; in our stories about power, power tends to be about the things we regard as powerful. In the days of history that fantasy wants to use as its framing, books have a power to them, because the people with power were also the people who had books. Often for no related reason. 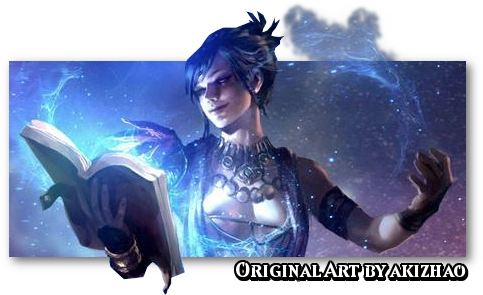 I’ve talked about this, but it still carries out – these days, intellectuals want to be framed in front of books. People arrange their bookshelves to bear in mind not convenience or access but rather the image of what that bookshelf says about who they are. The gamer of youtube puts himself in front of a bookshelf (a place of power) and fills it with the signs of his gamer power (usually consumable merchandise or purchases that show his good taste).

There’s something else about how Vancian magic travels, though. See, if the wizard does the spell in the spellbook, in the morning, why can they do things later that complete that spell, in a different location? Why does that power move from place to place?

The idea is that power can travel, which may seem weird to bring to attention, but it kind of is because it’s not travelling in anything. The wizard isn’t making potions that have the power and then using them (though they can – and that wizard tends to get called an alchemist). The wizard isn’t putting the magic in something. Is the power in the wizard? That doesn’t seem right either, does it – if the power was in the wizard, why wouldn’t they just call it up on the spot (like sorcerers do).

I think that the magic being able to travel, as the wizard moves, is kind of an unconscious representation of ideas like ether, which you could consider as a kind of pre-internet idea of wifi. It’s not just the idea of a universal binding force, or an energy that flows through everything – I mean, that’s an idea that sounds almost like eastern mysticism when you say it like that, isn’t it? Monks do that! Druids kind of do that. The wizard interacts with it in a way that’s about a triumph of knowledge, of being smart.

Look at the base assumptions of work. Think about why things are chosen to be the way they are. There are often interesting ideas waiting to be considered there.