Sometimes if you read older papers or articles about videogame storytelling, or if you spend time on Tvtropes, you might encounter the phrase gameplay and story segregation. With Final Fantsy 7 the current hotness, there’s a sort of ongoing riff that’s been used for twenty-five years about how a videogame with a mechanical device for reversing death is mostly known for how the story pivots around a death that you can’t undo, even if you have those items.

Now, setting aside for a time the interesting way in which you can chart stages of grief to players reacting to that moment in Final Fantasy 7, and how you can almost chart something about who they are as a person depending on whether they’re still bargaining (‘you should be able to save her with-‘) or at anger (‘it’s a stupid manipulative game’), the point is one of the enduring seeds at the root of basically all gamer webcomics. “Why is game not like real life?”

I mean it’s a bit. I get it. It’s a really, really tired bit. It’s the videogame culture version of ‘what’s the deal with airline food,’ which is itself a trope because comedians of the time were the ones most likely to be doing a lot of air travel, and therefore, the people most likely to be bothered by what airlines are doing. People who play lots and lots of videogames and look at them critically are going to be the ones who most often see the ways the stories of videogames and the gameplay of videogames don’t line up. It’s kinda that infamous thing of ludonarrative dissonance, which is… a sort of more specific idea, with a more over-arcing, academic kind of consideration. 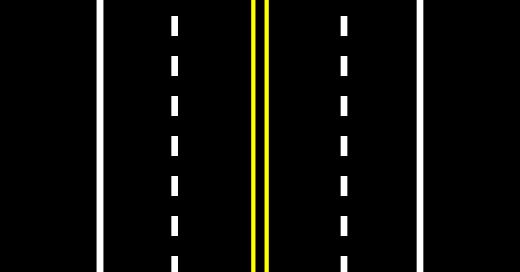 Setting aside the ‘games are good when they stand out from my slurry of similar games’ problem, though, the idea runs that there are a lot of videogames that keep the narrative and the mechanical storytelling pretty much isolated. The idea runs that gameplay actualises the story, you while the story drives the narrative, and in a number of games these two elements are not driving into one another like an engine, but are instead driving two separate vehicles, often in unrelated directions.

This is typically seen as a videogame problem, but I’ve been recently considering something said by Erik The Bearik over on twitter. Erik’s take was about how Dungeons & Dragons is two systems that don’t quite relate to each other. The notion was that a barbarian can get angrier and angrier out of combat, but in the context of combat all they can do is turn rage ‘on’ or ‘off.’ The consequences of rage as a combat ability has a meaningful, mechanical impact, which responds to particular rules structures. Players are conditioned to see their combat abilities in the simplest terms of working and with enemies only being able to make a check to resist the effect, or having to make a check to determine if they make the check well enough.

On the other hand, there is this space of not combat, and that not combat space is a place of ambiguities and possibilities and maybes and sortas, which has long been a complex knot to unweave for people discussing the idea of the story and mechanics folding together. See, if these two things existed independently, with a game having this layer of – let’s say hacking? – where the physical real world combat and ramifications thereof wasn’t present? You could have these two systems be so isolated that they didn’t relate. But they do relate in Dungeons & Dragons because combat isn’t a separated system like you see in a Final Fantasy game where the interface transforms when combat happens.

It’s an interesting quandrary, and one of those ways in which games of all stripes share a lot of common details. The problem of ‘why do the rules apply here and not there’ is interesting particularly to me, because it feels like the break in immersion isn’t the actual problem: the problem is that the players are not being carried along by the enjoyment of the game enough that these concerns don’t bother them.