When we talk about characters in the Transformers franchise – we, I say, like you’re taking part in this conversation. When I, when I bring them up unprompted, when I talk about The Transformers, there’s a sort of corpus of ‘the main characters’ that represent the typical, classic forms. I don’t need to explain who Optimus Prime is, because he’s Optimus fucking Prime. I like talking about the groups and characters that have an idea I find interesting, which the media doesn’t necessarily carry out. It’s stuff like the way that Blades is clearly holding himself together through caring for his found family (which annoyingly has two cops), or the way that the Stunticons can be read as a group of trans girls waiting to escape an abusive father figure.

Such is the case with Beast Wars’ Dinobot. 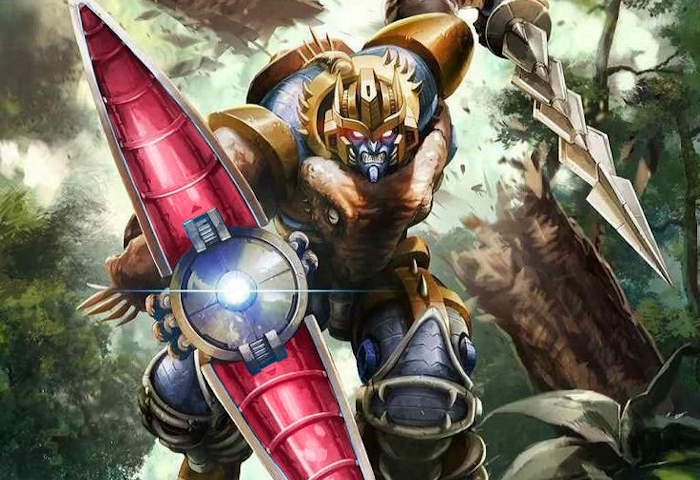 Some obligatory It Was The 90s Disclaimer. Beast Wars was, at the time it came out, the best Transformers series that existed in English, and I only say that because there’s a chance that, uh, Breastforce (no that’s not a typo) was pretty good and I just didn’t know it. Generation 1 and Generation The Next Bit had come and gone and I definitely loved them but it was stark to me the way that Beast Wars didn’t just… continue being that way. Beast Wars had a continuity, episodes related to one another, characters were introduced and changed over time, even if in very broad, general ways, and stories from season to season had an impact on one another. This was a very low bar to clear for ‘rudimentary serialised storytelling,’ but it was very important to separate it from the original series it was growing out of.

But being the best Transformers series up to that point didn’t mean it was good and perhaps the most obvious way that Beast Wars fell short was the way it used 3d rendered animation at a time when that particular technology was very much not ready for prime time. Beast Wars wasn’t cheaply made (in an absolute sense), but it looks cheap. This cheapness also permeates the expressiveness of the characters – and that comes through in the timing of dialogue. Characters don’t interrupt each other that much, dialogue isn’t terribly naturalistic and it can give some characters a stilted kind of affect.

The basic set up is this: A long time after Gen1 Ended, long enough that we don’t get a clear explanation for how it ended, a group of Maximals (heroic Autobot-likes) pursue a ship of Predacons (villainous Decepticon-likes) into a rift and wind up crash landing on a planet. This planet is soaking in Energon Energy, so they have to take on organic-seeming forms to absorb the energon and keep their robot bits from being exposed. This is why they take on animal forms of local wildlife, which, you know as far as nonsense to justify why this alien robot turns into a tiger and not a jet plane, that’s pretty solid. It’ll do.

The Maximals in this case came in your sort of standard loadout; leader, leader’s nerd, brat and himbo. They got fleshed out pretty well over time and had a friendship dynamic that spread across the group, which expanded over the course of the series with the addition of more transformers dropping in from orbit, with the eventual reveal that they had wound up on a prehistoric earth, and therefore, their actions were going to have an ‘impact’ on Gen1, in a sort of reverse-continuity way. 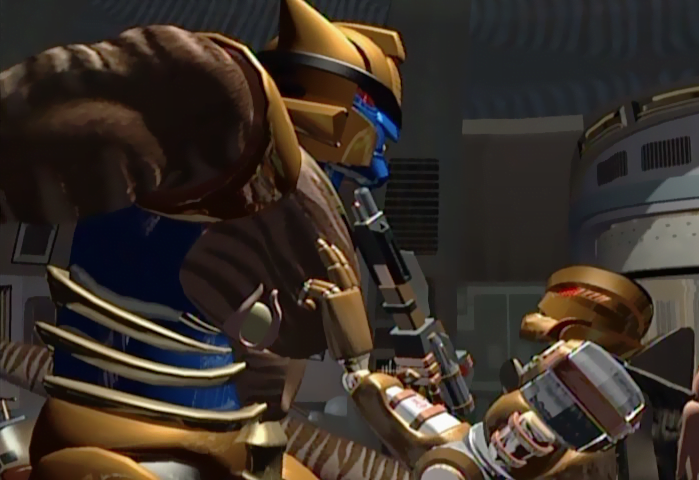 Dinobot starts out as one of the Predacons. It’d be easy to look at him at first and see a sort of all-purpose Starscream 2.0, an aristocratic warrior nerd who doesn’t believe in the ambitious leadership of Megatron (who turns, in this case, into a bloody big dinosaur). This gives you a chance to meet the Predacons, and… wew. It’s pretty telling as examples go of how back in 90s cartoons, some characters have an accent more than a personality. The Predacons in this round weren’t overendowed with dignity, and it’s a rare example of a time that the villains posed a threat because of the power they had and the things they were willing to do rather than some sort of demonstration of force, because uh, the Predacons were idiots.

That was like, one of the hook things for this series that made me sit up and go: Hang on! Because The Starscream made his power bid in the first episode, okay, haha, we’ll see him get owned and then go back to snivelling, right?

But nope, Megatron knocks down Dinobot’s coup attempt, then kicks him out of the group. He even attempts to kill him, before Dinobot gets away. And then Dinobot is this stranded alien transforming robot on a planet with two groups of those and one of them is going to try and kill him on sight.

What follows is this on-off, maybe-maybe-not narrative of Dinobot joining the Maximals,  and it hits all the same plot beats you’d expect of the form. You know, Dinobot joining, leaving, joining again, apologising, making good, despairing of their limitations, finding the truth of the planet they’re on, realising his future is a predetermined line that creates an existential crisis, extensive depressive episodes, Shakespearean soliloquoys as he roams through the woods and tries to grapple with what it means to feel an illusion of free will even as you consider that such a thing cannot be true if the prophecy you have on golden tablets is provably true – you know, the standard stuff. 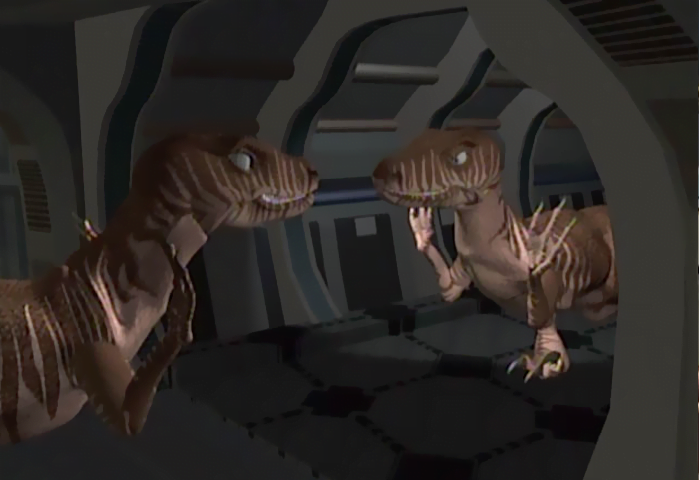 I’m serious, they do this in a kid’s cartoon. Dinobot discovers that he is bound by causality and free will is a lie and it fucks him up so badly he spends the better part of a season contemplating suicide as a way to exert his will upon a universe that refuses to let him change the future.

And then he sees the future change.

Dinobot is watching as the Predacons make what should be their final move; they’re going to kill Optimus Prime before he ever wakes up out of the Ark (which, Dinobot considers, should be impossible, because prophecy, so why fight them?). They’re also going to exeterminate the prehuman humans of the planet, to prevent humans interfering in the war and hopefully, let Decepticons win the war. Then, Megatron’s lackey Rampage (a serial killer crab, yes, I’m serious, no I’m not kidding) blows up a mountain and the prophecy on the tablets changes.

That’s when Dinobot drops one of the two lines that I wound up writing down in one of my schoolbooks to reread it like it was a verse in catechism:

“The question that once haunted my being has been answered. The future is not fixed, and my choices are my own. And yet, how ironic… for I now find that I have no choice at all! I am a warrior… let the battle be joined.”

What follows then is Dinobot trying to take on all the remaining Predacons on his own to defend what would one day become humanity. And he fucking dies doing it. He fights his way through the entire troupe that he used to belong to (and their new recruits), even as his system is screaming at him he needs to shut down if he’s going to survive the energon surrounding him, and he refuses. He’s willing to die to save these people.

Megatron comes over, gloating, with a hostage – which stops Dinobot from trying to launch himself at him. But as Megatron gloats, Dinobot takes action, saving the human and smashing the prophecy, meaning Megatron didn’t have the tool he needed to enact his plan, and killing the humans won’t yield anything. And as Megatron is about to kill Dinobot in revenge, the Maximals arrive, and Megatron flees.

And so, Dinobot is saved right?

“Tell my tale to those who ask. Tell it truly, the ill deeds along with the good, and let me be judged accordingly. The rest… is silence.”

Dinobot has some last words, and he dies. He actually dies. And in the morning, the Maximals hold a funeral, like, the most definite kind of ‘hey, yeah, no, he is really gone.’

And this is all in a show for kids.

What does it matter, the way a toy alien robot dies? When all they have is the death, it matters quite a lot.

What is it with me and having my worldview on life and death shaped in integral times by the fucking Transformers?