I like the Transformers, but they are absolutely a universe where a lot of give and take had be done between what the toys could make happen and what the character designers could make work, and boy is that obvious when you talk about the Seacons. 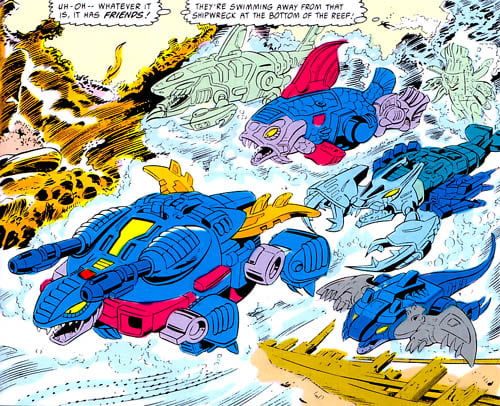 For those of you not already familiar, the Seacons are from that twilight-of-G1-not-quite-G2 era when dayglo purple and cyan were the thing, where gold plastic that turned to dust got produced in high volume, and where all the good, easy concepts and moulds from Takara’s stockpile had been used up. The transformers had run through their first wave of designs that could be cobbled together and it was time to start expanding into the less obvious, less easy model kit things to turn into transformers. The toy with a gimmick of transforming robot aliens already had the idea of transforming robot aliens that could slot together to form bigger robot aliens, and that meant new designs had to make new groups that could combine.

There were first response vehicle groups, demonstration speed groups, predatory animal groups, plane groups, constructor group, and even a monster group. And so, we get the Seacons (pronounced ‘see-cons,’ not ‘se-ah-cons,’ even though that feels so much like I’m doing something wrong) got sea life. Now, odds are good you haven’t been marinating in this culture for twenty five plus years and then a bunch more years before that and I have heard of aging gracefully but no, anyway, so let’s introduce you to the crew. 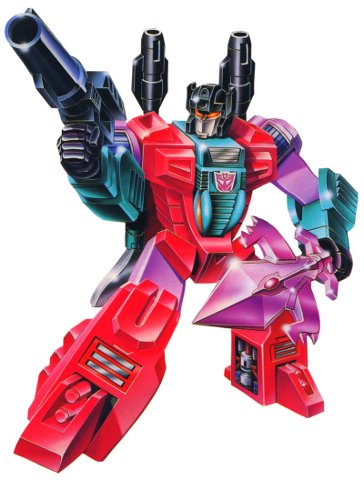 First up, we  have Snaptrap, described as an unstoppable, vengeful killing machine. 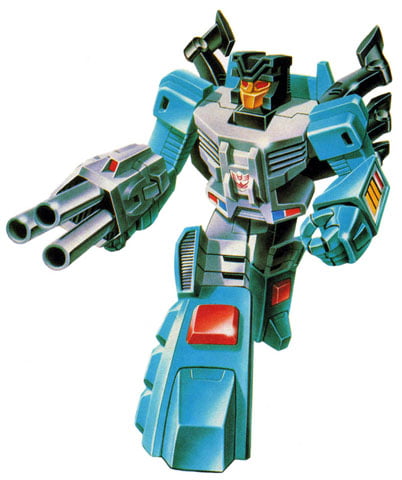 Then we have Nautilator, who’s basically Gomer Pyle if Gomer Pyle was an alien transforming robot. He doesn’t like the sea! And he’s in a sea group! Oh the comedy. 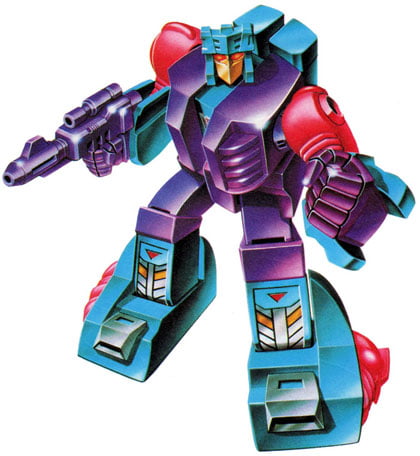 Then there’s Overbite, who’s an unstoppable, vengeful killing machine, but there’s a different example for him. Weird. 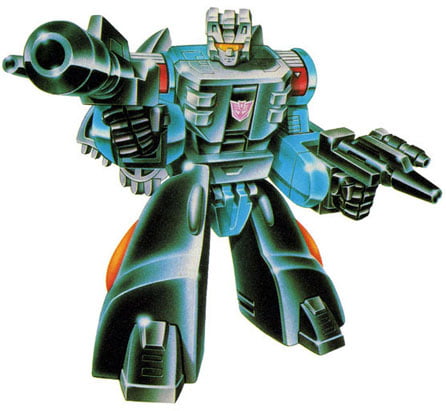 Then there’s Seawing, who is an unstoppable, vengeful killing machine, but sneaky. 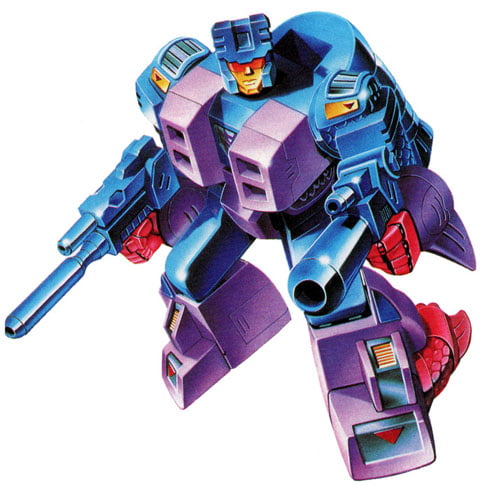 Then we have Skalor, whose character is summarised as ‘is smelly,’ because this is a deep series and not a rote series of bios being pumped out for marketing pablum, mom, take them seriously, they’re collectables. 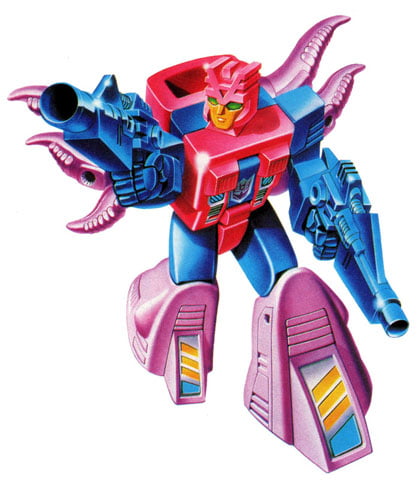 Then finally, we have Tentakil, whose name is absolutely something the Street Sharks fought over, but also, an openly nice guy who lures people in, builds trust with them, so he can betray them and reveal that he’s an unstoppable, vengeful killing machine.

Setting aside that there’s absolutely no ghost pirate themed monster man amongst them, these are all perfectly solid sea faring villains right? What’s the problem?

The problem is that you’re looking at the designs. You’re not looking at the toys. These these designs of the robot forms are artwork, not the toys, and the toys have certain limitations, since they’re designed for children to play with. 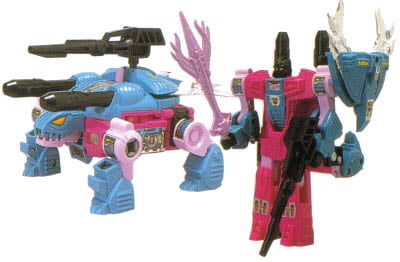 Snaptrap turns into a snapping turtle. Fine. Ignore the scale problem, seriously, that’ll just drive you nuts if you care about it too hard. He’s a giant robot snapping turtle.

Nautilator turns into a lobster.

And Overbite turns into

Okay, you may be looking at a detail here. Let’s just simplify it with he turns into a shark.

Those? Those things? No, don’t, uh, don’t worry about those. Those are

Seawing turns into a manta ray, and we’re back on track for something sensible looking, as long as you don’t look underneath it and see that this manta ray got feet.

Look, well, a Coelocanth has bony limbs so they’re kind of like-

they’re bony limbs that just happen to LOOK a lot like, um,

Then finally, we have Tentakil, and Tentakil turns into a, a, you know what, fuck this.

Let’s just spend an extra moment more on Tentakil here. What’s your favourite part, the massive toku monster suit face that occupies the bulk of the body, or is it the bright purple codpiece to imply a that this serial killing robot squid fucks? 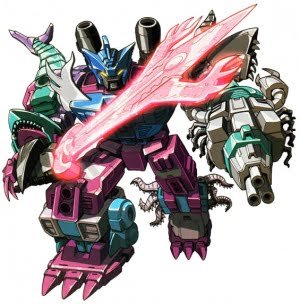 If you’re not already aware of it, Transformers are pretty aggressively run through something called the drop test. The drop test runs on the idea that the toys need to survive meaningful use in the natural play pattern of a child with the toy. The toy also needs to break safely – jagged chunks of plastic when the toy shatters is a potential problem. I have a pet theory that the very safe way Gold Plastic crumbles is part of what made it desireable, without its long-term frailty being obvious when it was first implemented.

The drop test rules want to look out for the kid’s natural play pattern, and this meant observing how kids assumed toys would work based on how they looked. Toys that turned into planes needed to handle not just being dropped but being hucked through the air at high speed, because kids would try to make the plane ‘fly’, and transformers that turned into boats needed to be reasonably waterproof and not reliant on metal joints to work (hi, Broadside).

Now, without insider information, I don’t know how true this is, but I suspect that when these toys were first trialled, when they looked like ordinary kibbly fish, the kids would assume they needed to play with them in the bath instead of with their other toys. And so, I think this helped push the designs towards ‘let’s put some feet on them,’ because that both made the toy easier to design and it made the toys’ play pattern a little more open and a little less inclined to wind up dropping these toys into the bath for long periods when they’d lose their sticker decals and rust up their few binding screws.

And thus, the Seacons, whose membership includes a squid and three fish, have to have legs.

And it doesn’t end there because these toys are cumbersome as hell. See, they’re kind of a mix-and-match crew, where the only fixed center piece is the biggest one, Snaptrap, and you can pick any seacon to be the limbs, and the leftover one becomes a gun. That’s a cool gimmick! But this means that those six transformers have to have roughly equivalent dimensions as a limb – which means that all five of them are basically identically shaped around their biggest dimension – they’re all about the same length in the trunk of the body, and they’re all pretty wide. because they need to be feet or arms.

And thus we get the range of fish with feet, with their square boxy bodies, designed to make sure that these toys were maximally stable when the time came to come together to form Piranacon, who no doubt, thanks to this effort, would be the most stable of stable boys. 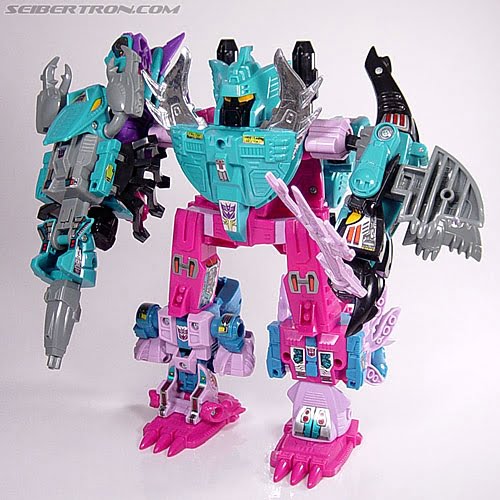 Piranocon is famously unstable. He barely free stands and many of his stable positions he will ‘slide’ out of as plugs push one another out over time. You can think he’s good for display and a day later, he just falls apart. It’s not like the toy isn’t cool looking in principle – if you look at it with your mind’s eye of nostalgia, you get this sleek, predatory, cyan-and-purple badass looking sea monster boy with a black face and golden, threatening eyes. That’s cool!

But uh, thanks to all that breadth to make him ‘work’ in his 120 possible permutations, Piranocon is kinda just a great big dumpy dude. 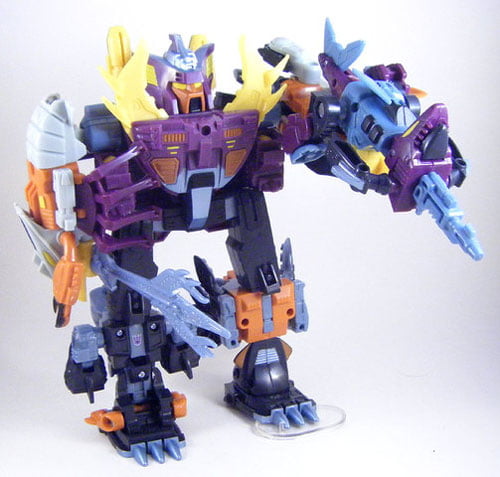 As a final postscript, they rereleased this toy in 2008 and again in 2010, and it seems part of the homage was to replicate the way this utter brick pile of brick piles fucks up. The gift pack still falls apart for no adequately explored reasons and many of the pegs don’t fit properly, leading to the same socket problems, where it slumps apart over time.

What can we learn from this?

Oh, and completely unironically, I really like Snaptrap’s turtle form.