My god, this series is rubbish.

I wonder if I have two scoops of opinion about The Punisher. We might return to it. It doesn’t upset me the way Iron Fist does, and I think that’s because Iron Fist has a rich mythology and comic continuity full of stories I want to see made while the very conception of a The Punisher tv series as a major continuity component is in my opinion a failure of storytelling on a deep and fundamental level. For now let’s focus on a first, very simple point:

The Punisher has no business, as a story, trying to make any statement about guns. 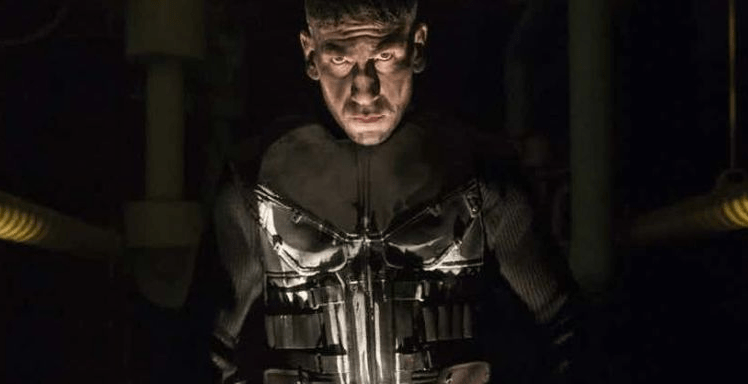 If I told you that we were going to feature some spoilers for The Punisher’s Gun Control Debate Arc, you would be right to look at me deeply confused and wonder if I was making it up. Because it’s The Punisher, it’s about The Punisher, a dude who lives in a van full of guns. This is the life we have, this is the story we get – we get to look at The Punisher, as it tries to make a statement about gun control.

Now some things up front, before I dive into spoilers and whining, let’s just get these things out of the way. First of all, the series is really well lit and cinematographically structured for what it’s trying to do. I don’t like this particular washed-out grey drudge of a style but I’m damned if they don’t use it well and mostly contrast their one dominant colour (red) when it comes up. The characters of Madani and Sam Stein, unless I am really missing something obscure, are new creations for this story, and I like them both, so much so that they might be why I got through this series. Also, this rendition of Micro, despite not being called Micro, is a really likeable guy and handles well the complexity of being a very mundane person stuck in the web of mess that is the Punisher’s conspiracy theory story. Also, for all that the story worships the soldier, it at least doesn’t do so while pretending that the US Government isn’t doing and hasn’t been doing hinky stuff non-stop. So there, that’s it, that’s your praise: Secondary characters are good, it’s well-created grey sludge, and it’s semi-aware of just how awful the American Empire is.

Now, with that in mind, let’s talk spoilers. 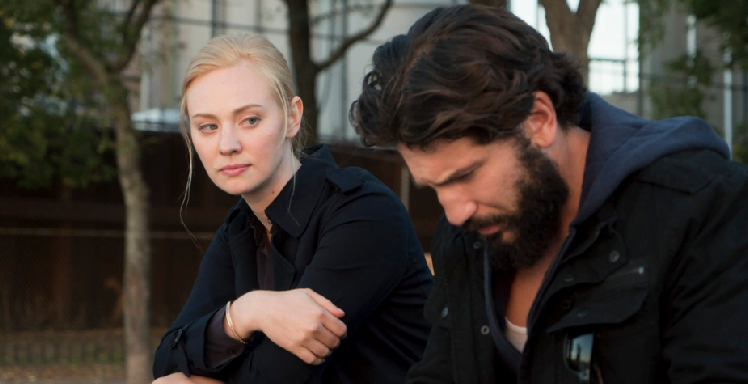 Let us now introduce our two players in the gun control conversation that The Punisher tries to have. On the one hand, we have Lewis, a young, fresh-faced veteran with PTSD who has been buffeted by the winds of fate, left without adequate support, and who thanks to the evil machinations of a lone asshole, turns to making IEDs with which he attempts to blow things up in order to protect the Second Amendment and protest the erosion of freedoms in a very general sense. On the other hand, we have Senator Stan Ori, who doesn’t like guns.

When you start to write, and as you mature as a writer, there’s a very common habit, often from amateur authors who are used to writing above their level – young children telling complicated stories with a bit of a dramatic flare to them, for example – where character dialogue will often be structured, sometimes with tortured metaphors, so that one character can drop a crushing final line that ends the conversation, as if the author started with the last line and worked backwards. This is because often that’s what they do. The arguments Senator Ori forwards in this series are basically this; he says stupid things in a way that’s easily rebutted or dismissed. Sure, you can argue, he’s a strawman, but he’s meant to be an extreme opposite to contrast with Lewis (a terrorist whose suffering we see expanding over the series) or Karen (beloved serial character and mobster killer hero).

If anyone in this situation looks at either Lewis or Karen versus the Senator’s position and says, ‘well, they did this in a very even, equal way,’ they’re a fucking ninny. TVTropes frames it as

Golden Mean Fallacy: On the issue of gun control. For the far right, Lewis, a Mad Bomber killing innocent civilians because he’s angry at the government and blaming it for his problems. For the far left, Senator Ori, a Dirty Coward with “arguments” like “guns are poison!” and who hates guns right up until the point where he needs them to protect his own hide. Sitting between them and looking really good in comparison to both, Karen, whose position is basically, “we should have guns, but let’s not get crazy about it.”

The problem is… Lewis is right. 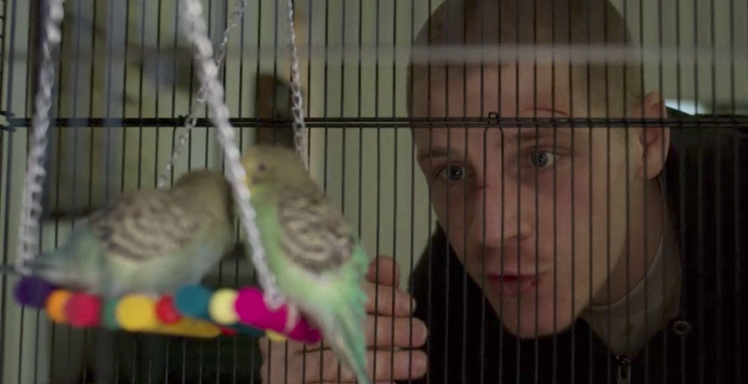 Now, I do actually have other problems with Lewis’ depiction in the story: Lewis has support from multiple vectors, including a present, supporting and loving father (a subtheme of the story), and it doesn’t avail him anything compared to having one loudmouth jerk who tells him what he already wanted to hear. It’s basically chalked up to (some really well acted) panic attacks and PTSD episodes, but the recurrent message is that no matter what other people who are actively and consciously trying to help him to do, none of it matters because he’s going to be a terrorist anyway. This sort of pushes terrorism into the Mental Health box of the gun control debate, which is to say, the bullshit zone where we act as if people with PTSD are Ticking Timebombs. It’s just fucking gross.

Even if Lewis did use guns, and the story did treat Ori with respect enough to have him forward reasonable positions or examples, and didn’t deliberately promote one as a suffering angel and the other as a craven coward, even if all that was true, it would still be a series about a lone gunman on a months-long murder spree trying to act like it was centrist on the principle of gun ownership.

I’m not saying my position on gun ownership is the only appropriate one for a story to have, and I’m certainly not saying the Punisher shouldn’t be a series about a month long murder spree.

I’m just saying, don’t try and use this platform to preach about responsible gun ownership.