I thought, for a while, about doing a Story Pile about Netflix’s The Punisher second season. I mean I watched the whole thing, how bad could it be, I mean, if I spent that time, surely I could divine something to talk about in it. Then I kept finding it was easier to come up with other things to talk about than it, and with the news that Netflix’s MCU is ending, it seemed somewhat pointless.

I mean the most interesting thing to say about The Punisher season 2 was that it was impressive the way it maintained the badness of the first season. Like, normally media this bad is bad because nobody in charge could tell how a thing was meant to work, and the result is unfocused and sluices down to a worst point. The Punisher instead manages to be bad in a way that’s consistent and reinforces the failures of the previous season, and that’s impressive, in a way.

Instead, I want to talk about one scene, one snippet of a scene, even, and it’s the best thing in the whole show. You don’t even need to know any of the characters or much context. It’s spoilery, though, so if for some reason you wanted to take the series seriously and avoid spoilers, now is your chance to get out.

Here’s the moment. What you need to know is Brown Haired Girl just shot a dude, while [Frank] was coming to rescue her. She was in danger, which I guess you could extrapolate. 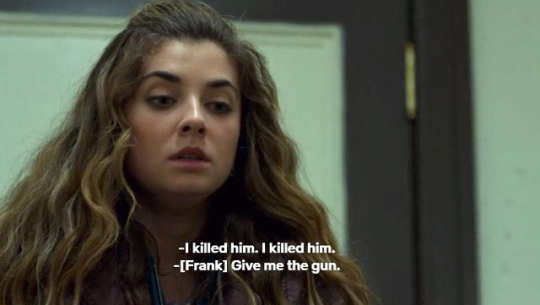 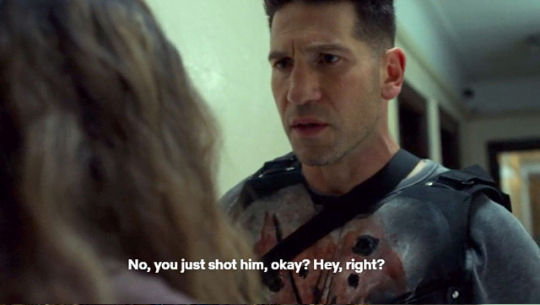 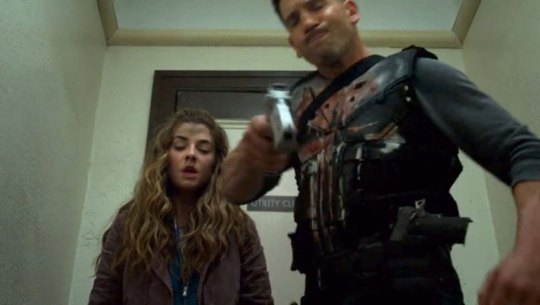 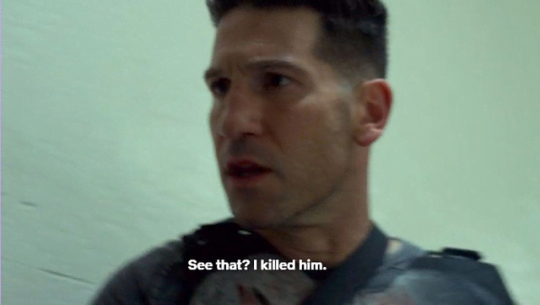 You follow? She shot someone – who was endangering her, but still – and was freaking out at what she just did. Then Frank comes along, takes the gun off her, and shoots the guy. Then he makes the point you didn’t kill him, I did.

It is one of the only times in the whole series you get an inkling from Frank that other people’s emotions really matter. The whole series is basically one long growly grumpfest where Frank experiences emotions of Anger and Indifference.

In executions, most executioners are redundant. That is, if you execute someone, you’re one of three or four people who are doing the job. In firing squad executions, there’s always people given blanks, and you’re never told which of them you are. The reason is that to help the mental health of executioners, they’re given some way to reassure themselves that they didn’t kill someone, that they were the ones who didn’t actually pull the trigger that killed someone, and there’s some proof that this lie is actually functional, that it’s actually reassuring.

That’s the reassurance Frank is giving her here. The ability to tell herself a comforting half-truth that keeps her okay, and that he knows it’s not a worthless reassurance.

Anyway, the rest of the series is ass.