Hey, you remember me mentioning the Giant of Kandahar? That was a fun bit of conspiratorial nonsense embraced by bad people in an existing support network of fabulist grifters and true believers, wasn’t it? It was especially fun because, if it’s true (and you can’t prove it’s not!) then you’re left with proof that conspiracies are true, and that means you may believe in other conspiracies, because, after all, the coverup of the Giant of Kandahar shows it!

Gunna talk about conspiracy theories, which are fun, but then I’m going to talk about Qanon, which isn’t! I guess I’m also mean to the Seven Day Adventists a little? 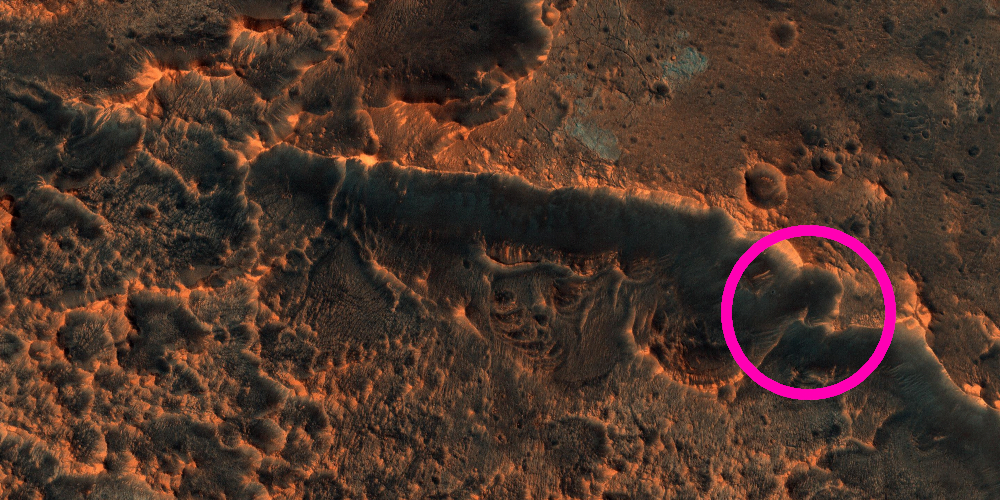 Okay, so, first up, Mars! It’s over there. Some ways away. And science fiction has liked writing about it having stuff on it, because that would be rad as hell, and then sometimes that stuff comes over here and tries to eat us (which sucks) but sometimes we are the stuff that goes over there and we get superpowers (because we in this case refers to a white confederate soldier, All John Carters Are Bastards). Anyway, Mars exists and then we started looking at it with science and you’d think that would diminish the nonsense about it but you would be wrong.

While Mars conspiracy theories have been bouncing around for a while, the one that I’m bringing up now is one of my favourites because it’s so immensely dumb. See, a few years ago, a dude calling himself Captain Kaye surfaced and gave explainers on how he was a genetically engineered super soldier who had spent 17 of his 20 years in the Navy on Mars, guarding a base against the native population of Mars.

I feel like the first thing I need to say, following that up is: No really.

This dude claims that he is a genetically engineered super soldier, who spent 17 years living on a different planet, as a Marine in the NAVY, fighting local wildlife, on that planet over there that you can see with a telescope that we have been getting information from on the regular and that has, as you understand it, literally no visible signs of life.  The argument tends to be mixed in response to that – usually, it’s either some flavour of ‘all the footage you have from mars is fake’ or ‘they’re only showing you a little bit of it.’

And that’s not unreasonable: I live in a country where you could drive around in a few square miles of dune and not see anything that signalled anything different existed anywhere. If the rover had been set up in a quarry of sufficient size, it’s pretty reasonable to say you couldn’t say for sure the rest of the planet has anything in particular on it. Planets are big after all.

Then they go on to point at pictures of rocks that NASA has released, and claim that these things prove there’s a human presence on Mars – usually in photos of Mars with breathlessly drawn circles around them so if you squint you can see a thing running at the camera, or a bigfoot or a snake (a snake). Which means, in true conspiratorial technique, you can’t trust these photos except the way these confirm the theory; there is no falsifiable hypothesis, only confirmations all the way down. 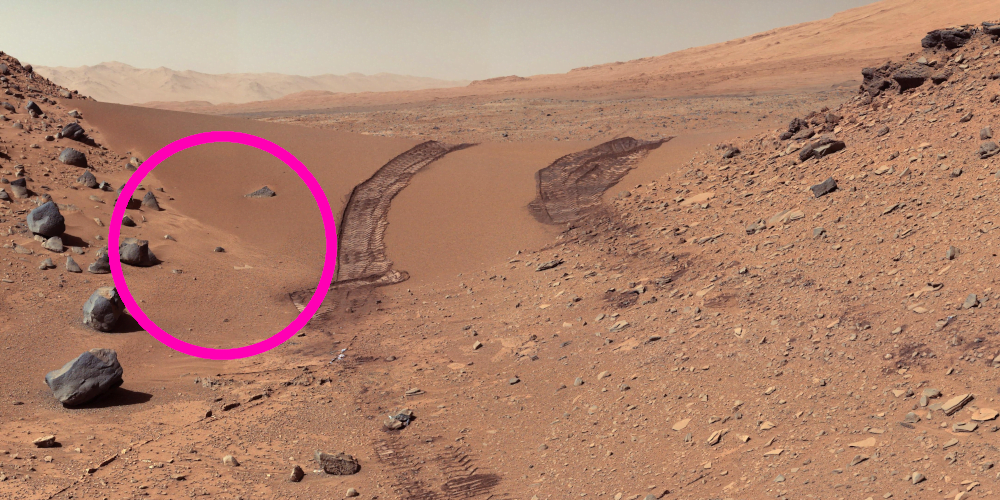 This is part of a wing of conspiracy that’s sometimes known as the ‘Secret Space Program’ family of ideas, and where you have these silly ideas, you inevitably have a thick treestump of monetisation methods around them. In this case, you have people selling books and doing interviews with people (who inevitably get paid) explaining the many true provable things that need to be false and how they are false, so you can get to ‘mars base with human super soldiers in it.’ This inevitably brings up people who want to corroborate those stories – and supposedly, there are some folks who have. Captain Kaye’s account has been ””’corroborrated””’ by reports from ‘other sources’ like Randy Cramer, Michael Relfe and Corey Goode. And when those names get presented like that, hey, these guys ‘corroborate’ – and that’s it, their names get dropped in reference around that space. Yep, these four guys definitely all said the same thing!

When it comes to talk about conspiracy theories, my natural impulse to source things runs into a bit of a wall, because uh, there are no reliable sources for this stuff, by definition. I can’t point you to to the people who really believe this stuff so you can make up your mind for yourself, because we can’t be sure they really believe this stuff, and we can’t be sure that they’re a reliable source because they think we have an operational base on mars and regular interplanetary travel.

You can see the fundamental problem, right? What can possibly constitute a reliable source when asking about the sincerity of a man who claims, 100% seriously, that not only is there a mars base, but that he worked there as a guard, and is now on Earth again?

I did do some of my due diligence here nonetheless, trying to find some source that wasn’t the website equivalent of fwd fwd fwd fwd. The names I got were Captain Kaye, Randy Cramer, Michael Relfe, and Corey Goode. Michael Relfe is selling age-changing pills which is not a good sign for how reliable a person is as a witness, Randy Cramer is Captain Kaye, and therefore, the fact he corroborates himself isn’t exactly very impressive, and then, Corey Goode

And Corey Goode is hard in Qanon now. 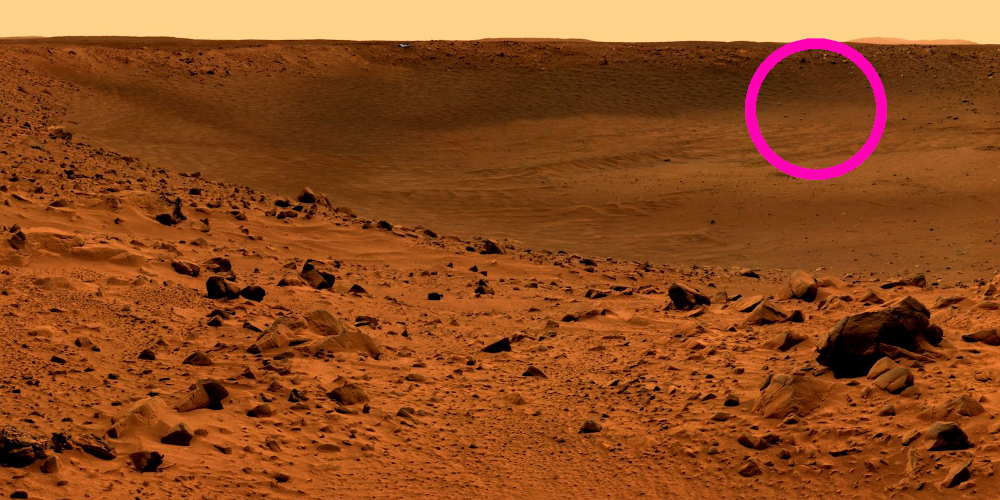 Qanon is, and I’m sure you know by now, a conspiracy theory cult that through distributed online networks with poor moderation like 4chan and instagram, spread throughout the internet, finding people who believe nonsense easily and wanted to be reassured that the world is complexly designed and not elegantly random, and created a fun little fantasy LARP that they could, ha ha, monetise. There’s an entire study on how Qanon, as a sort of ‘audience bubble’ turned a lot of low-key influencers into full-time influencers and also radicalised them (for money), because our attention economy is fucking broken, but that’s a story for another time.

I’m a little sad, really, because I feel like there’s going to be this recurrent theme this year of ‘well, people who believe in this stuff don’t deserve mockery.’ Obviously, from my experience dealing with dangerous grifters who relied on credulous marks, I find that sympathy and pity for the people willing to do harm in the name of lies a little lower than some of y’all might do. This isn’t exactly a time in my life where I feel that the worshippers at the altar of Q, chan LARPers in the latest pay-to-win death cult deserve special sympathy more than they need containment.

Part of it is fabulism. It’s not that you can’t have a cult last beyond its failure date – check out The Great Disappointment: A cult leader put down a time and a date, a specific claim and a specific result, and when that didn’t happen – three times – they just rearranged the claims and now that’s the root of the Seven Day Adventist church, which is around 20 million people strong at this point. If you’re making up excuses, you can make up more and more excuses. They’re infinite scaffolding and if nothing can ever knock them down at base, you can’t really run out of new excusium.

What can you do?

Well the first thing you need to do, in my opinion, is grapple with the fact that no really, people do believe these things, and to stop discarding the experiences of people like me who know these people and know that no really, they do mean it.