Hey, here’s a thing from card tricks that you should know because of how it can be used to cheat and because it’s useful for understanding the way a lot of elaborate card tricks work.

The term is forcing. In card tricks, a force is when you, the magician, present the subject of the trick with an opportunity to make a choice, but you have made the choice instead. There’s lots of different things you can force, but the most common thing is to force a card when doing a card trick. 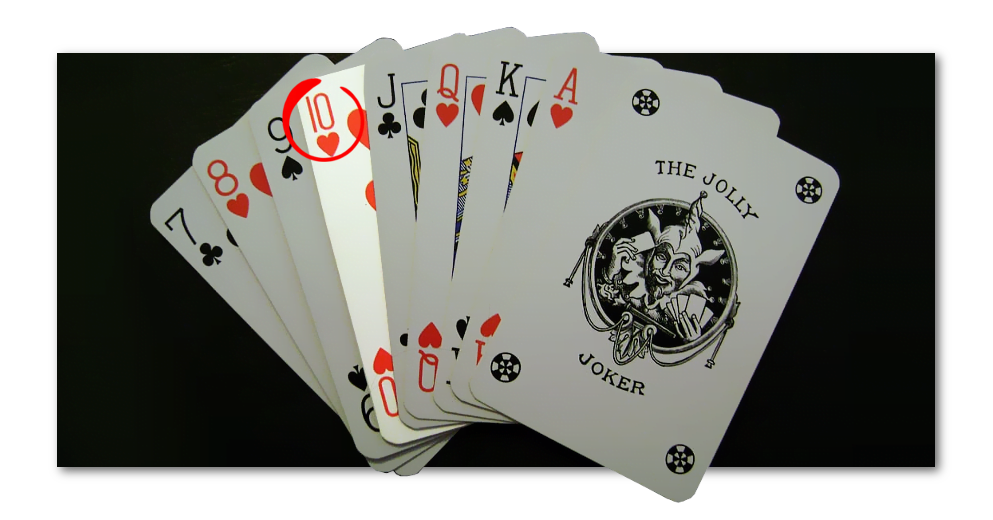 Now, whenever you see a trick where a card teleports somewhere, or a card does something unlikely or a card is destroyed and remade, you can rely on the fact that that card was almost always the result of a force. This is something about magic that kind of transforms the way most tricks work; when you realise how many ‘impossible’ feats are the work of finessing two different props into a space so it looks like there’s only one of them, you are suddenly keenly aware of where the skill in a magic trick often lies. Sometimes a force is sleight of hand, sometimes it’s through an elaborate choice method, sometimes it’s through making a cut look nonchalant. Forces are preposterously hard to do naturally and to be good at them you need to be capable of doing a lot of them.

When you have one particular way to set up a trick, that’s it, people will see that setup is part of the trick. When you can do four or five different forces for the same outcome of a trick, though, each force invisibly hides itself in the other forces. If the first time it’s pick a card any card, fine. If the second time it’s pulling a random card out of the centre of the deck, fine. The third time you do a waterfall force, the fourth time a clock force, a control-to-the-top, a fake stack shuffle, all of these different methods, and the ‘trick’ at the end is all just following up on that earlier deceit.

This is one of the lessons of magic in general: The art of magic is the art of controlling viewer attention. The force is not there to set up the trick: The trick is there to hide the force.

The alternative to a force is a free choice. Free choice tricks are often doing something different entirely, and these are the tricks that are less likely to have elaborate displays, but may more often have elaborate props. Props can hide things like alternating components, things that can set up a trick on the fly. In general, when it comes to magic tricks, someone is doing work, and the work is usually being invested in terms of setting up a skill, a practice, an angle or just brute forcing time. Big props let you get around that.

There are a couple of common forces, so much so that you’re probably best off just going to youtube and looking up ‘types of force.’ Sometimes it’s hard to represent a force because it can be just a matter of physically practicing with your cards in your hands, sometimes it’s about doing math in your head, sometimes it’s about on-the-fly reading a person’s behaviour. It can be hard to practice forces!

As for what forces I favour? I don’t actually have a lot of good forces; I tend to favour tricks that don’t rely on them. That’s the other thing about good magic tricks. You don’t have to do everything. Do the things you can practice and in time, the ability to recognise how you’re focusing attention comes from it.