What do you know about Chess?

It’s a well known ruleset, with layers of knowledge. There’s a set of strategies that are often treated as rules by high level players. Then there’s the layer of official ‘rules’ like castling and first pawn movement and how kings can’t check kings, which you find out if you play enough, and the first time you find out about it is embarrassing because the other player has to convince you, that, uh, no, they can totally do that. Then the layer above that is the way the pieces move, then the layer above that is what the pieces are.

And that’s kind of where this anecdote comes from. 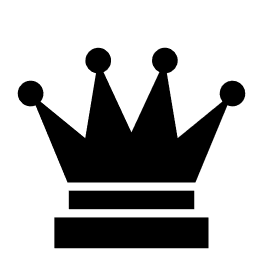 I don’t know what Chess piece is, as it were, ‘the best known’ piece. I could run a study, but I don’t care, and neither do you. If I had to guess, I’d assume the leading piece is the Rook, probably the Knight after then (‘the little horsey’ being a joke), and the pawn is probably the one most used.

But famously, the most powerful piece on the board is the Queen.

She’s also one of the newest pieces to behave the way it currently does. Originally, the piece we call the Queen was ‘the vizier,’ and it basically operated as just King 2: Not As Good. The Vizier didn’t give you a lot, and it is generally clear if you run lots of math that it’s basically the worst piece in the game – it starts out locked behind a pawn and your reward for it is a worse piece than an aggressive king. It’s not a good piece. They experimented with giving it the ability to hop over a piece, but broadly speaking it wasn’t that important a piece.

Now, the name of the piece did evolve over time: It went through names like ‘tsarina’ and ‘king’s daughter,’ but its rules didn’t get updated until around the 15th century. That’s when Spanish players introduced a variant rule where the Queen moved as far as she could. This idea became known as, I kid you not ‘Madwoman’s Chess,’ because the sheer remarkable ridiculousness – a woman! Capable of doing that! Amazing!

On the other hand, this variant was really good, and it added strategy, games ended faster and more decisively, and the Queen piece was suddenly worth the effort it took to peel her out from behind a pawn.

And then the complaints started.

Because why was a woman piece being given that kind of power?

There were complaints, in letters and in forums, about this chess variant, about the idea that it was terrible to give a ‘queen’ that kind of command over pieces that were male (they were?), and that this would open the door to abuse and maybe even convince women rulers they were in charge, and then, then, why… why what would we do then?

Anyway, most of these complaints split pretty cleanly: Italian, Spanish and French players liked the rules variant, because it was fun, and most of the complaints were in English. And you’d be surprised but 15th century nobles found it really easy to completely ignore the opinions of people who spoke different languages to them. It wasn’t some enlightened feminist statement, not at all – it’s that the piece was already called the queen, a game could be made better by changing her, and the people who objected could be dismissed as being, you know, English.