These are the final two rounds of voting, the top eight of flags. Now, thanks to the vagaries of the voting tournament, there are some flags here that do not belong in a top eight of US state flags. But them’s the breaks in a randomly seeded tournament.

I preserved the order of loss in my original thread, but let’s make no mistake: The original thread had some absolute turkeys last way too long. Texas, for example, probably belongs in the final eight, certainly. Really, a more refined version of this poll would be one where all the unforgivably bad flags are just dumped, but then there might be as few as sixteen options.

Now, as in the first article, our list of qualities for a good flag: 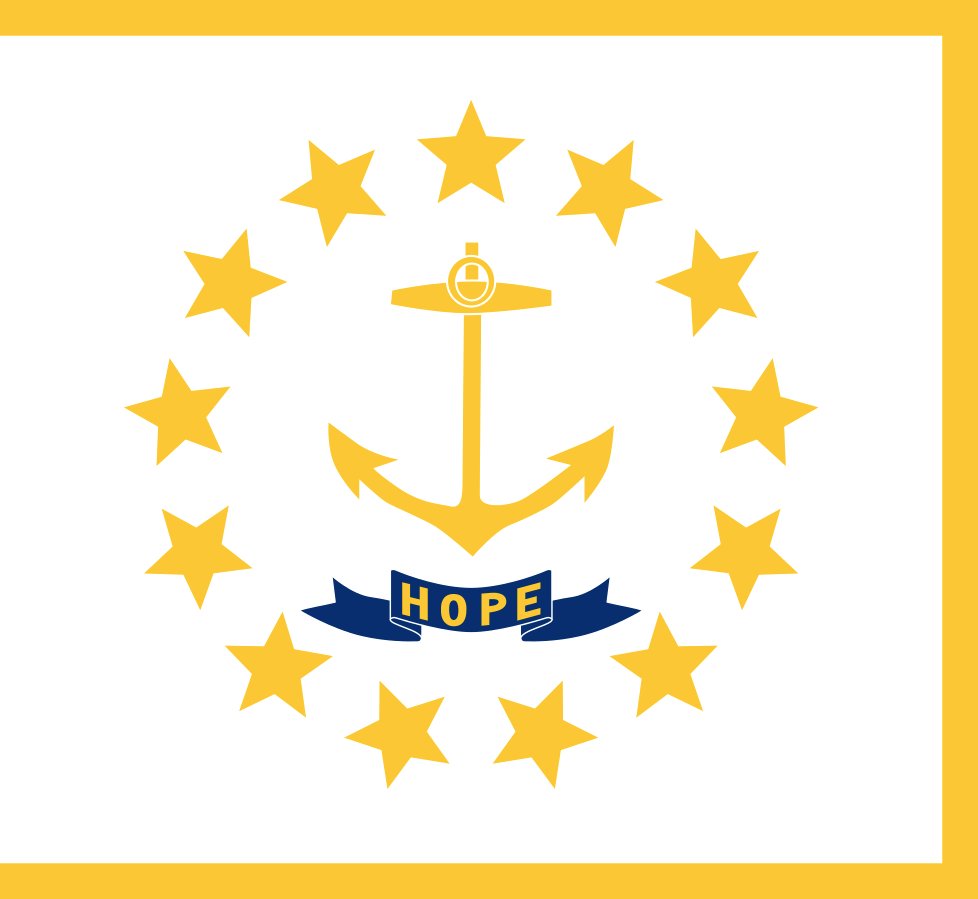 It feels weirdly incomplete. Oh, the fine detail (look at the ring of the anchor and the white outlining it needs) is bad, and obviously the text is bad. Also, the circle isn’t symmetrical? Like, one of the easiest ways to get a person to draw a circle of stars is to start at the top, then the bottom, then the sides, but this circle has an uneven bottom.

I applaud the limited colourset, but you could lose the blue and the text entirely and get rid of the fine lines on the anchor and still have a decent flag. 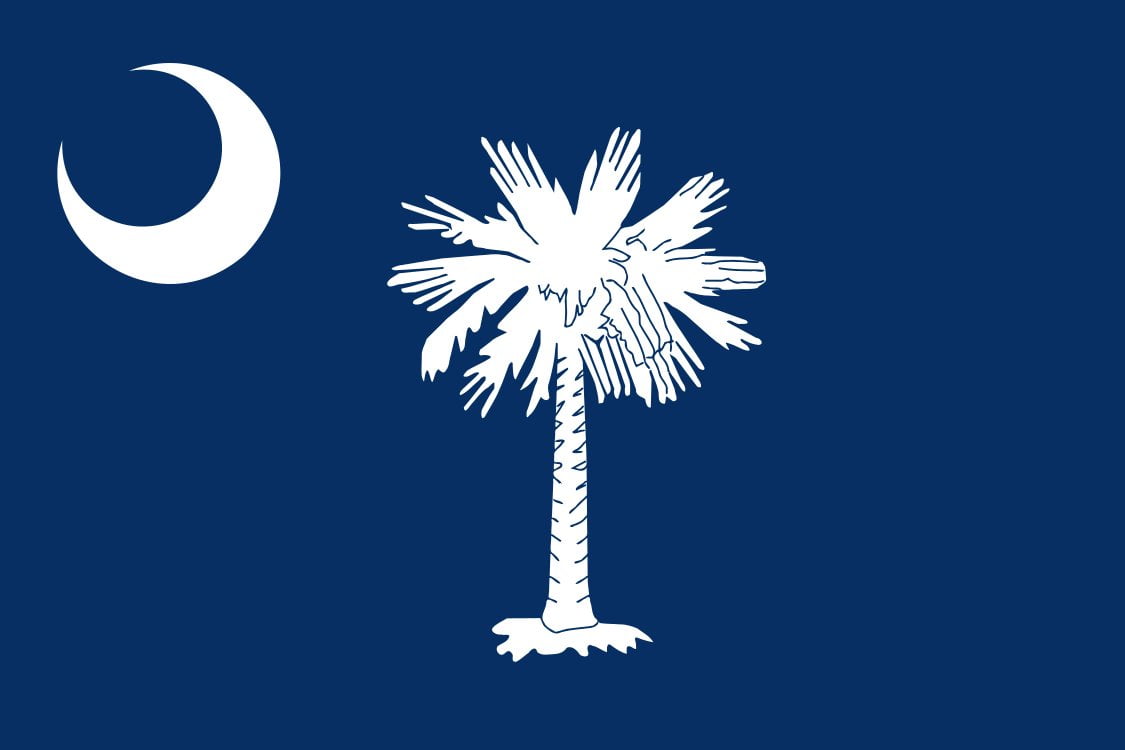 This flag isn’t great, but unlike a lot of the other flags that got kicked out on the way here, the South Carolina flag is a couple of drafts away from being good. It could, for example, replace the uneven, hard to replicate, detailed palm tree with a simplified, symmetrical design that still evokes the trees. The moon is pretty alright, since it’s a circle with a smaller circle inset. 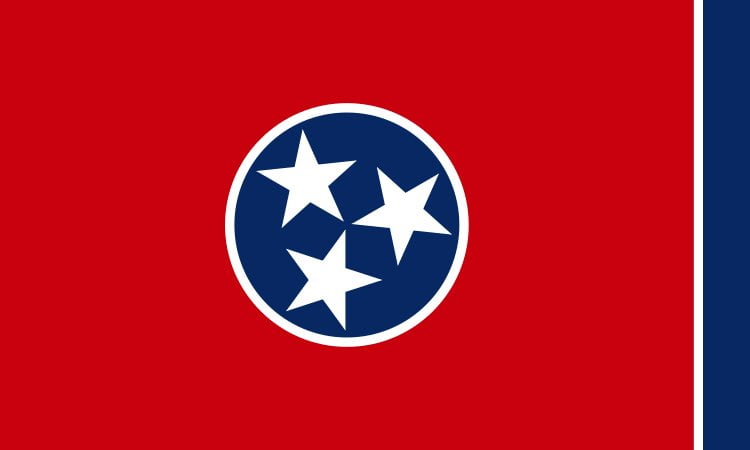 While this flag has one of the dragonballs on it, it’s also a flag with a certain confederate-ness to it. I’m not wild about it.

Nonetheless, it is a distinct icon, it’s limited in its use of colour and it isn’t at least a bad flag. I would say the rotation of the stars makes it a bit awkward, but otherwise, it’s pretty good. The flag has a distinct top and bottom, thanks to the line and the arrangement of the stars. Is that good? Eh, it’s just a thing. Some visions of these flags care about whether or not they can be flown inverted to represent distress. 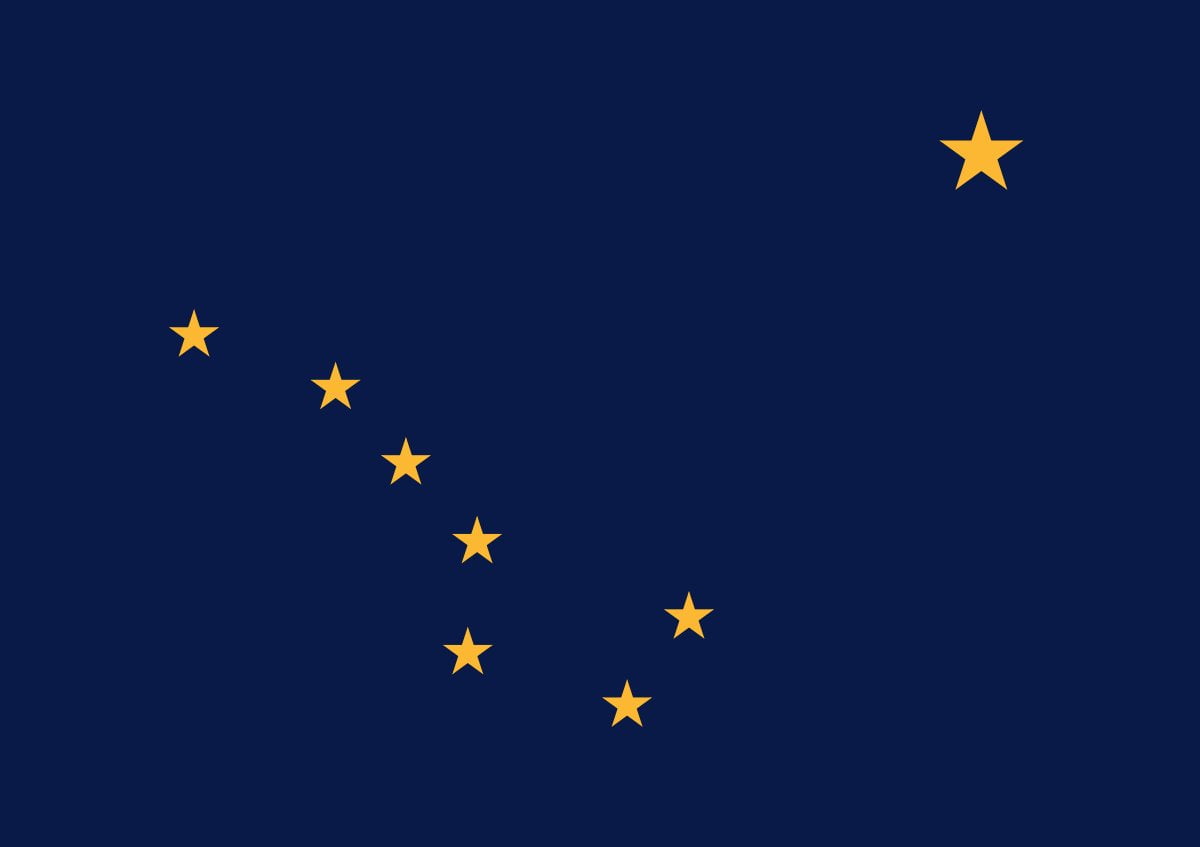 The Alaskan flag is a bit of a sweet flag, but it did run up against one of the best, and so, as with such things, it had to let go. While it was pointed out that this flag shows an honestly quite good bit of wildlife information (how to find North) it also is an interesting example of how good iconography can work – even if a person tried to replicate this flag and missed some of the stars, if they got the basic shape of the big dipper, you’d know what they were trying to do.

With that voting out of the way, here are the last few losers, in the order they came through: 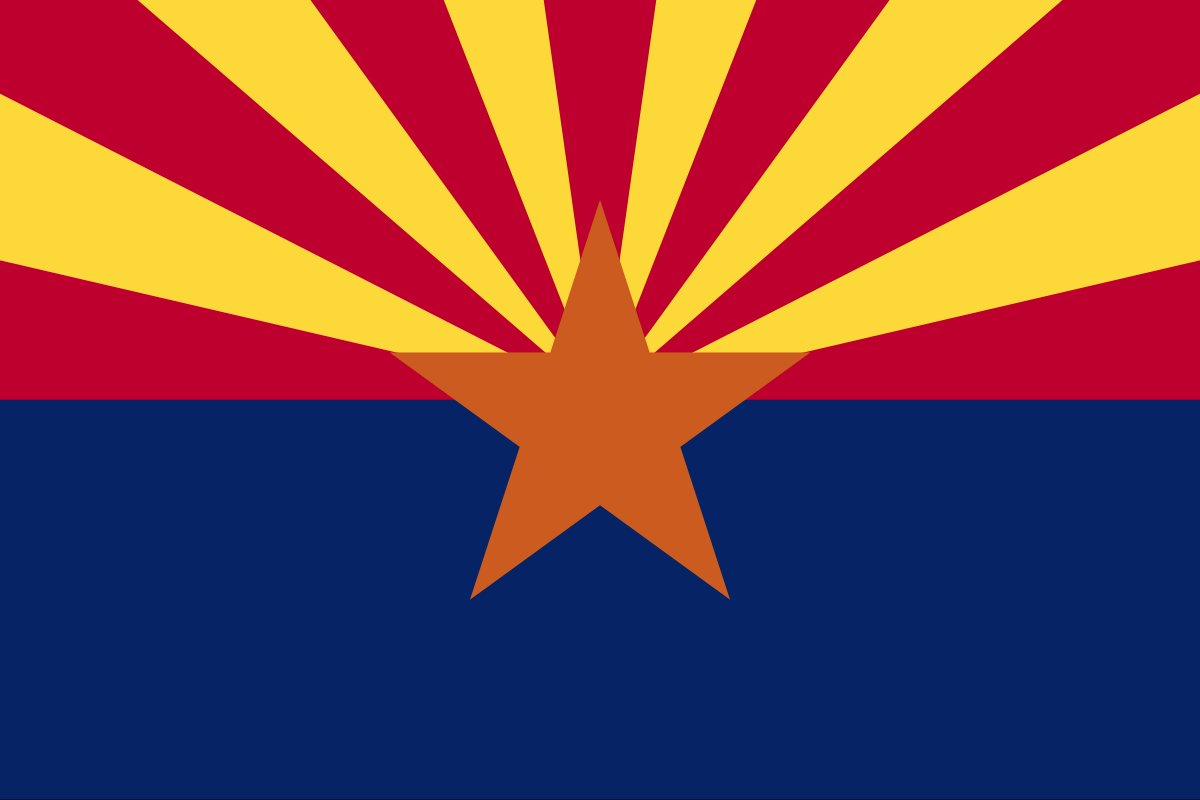 I’m torn on this flag because the orange star doesn’t stand out well against the yellow and red, but if you replace it with a yellow or red star the backgroudn gets worse. White makes the whole thing aching, and I don’t want to introduce more colour to this. If it was black it might work, too. Either way, this is otherwise a pretty good flag! 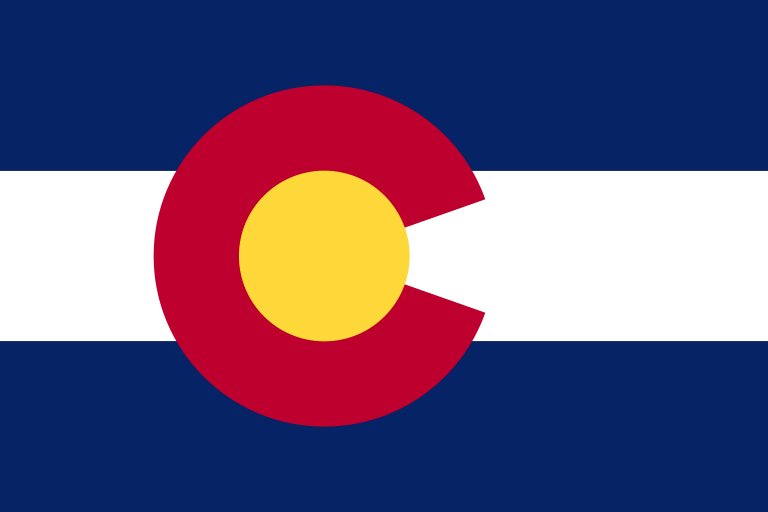 I don’t know how Colorado lasted so far. The big C, the way it looks like a computer equipment logo. But still, good flag principles, it’s almost perfect on all of them. There’s no strong iconography or visual that makes me think of Colorado – a place I associate with altitude sickness and parks – but it’s still a pretty nice logo. 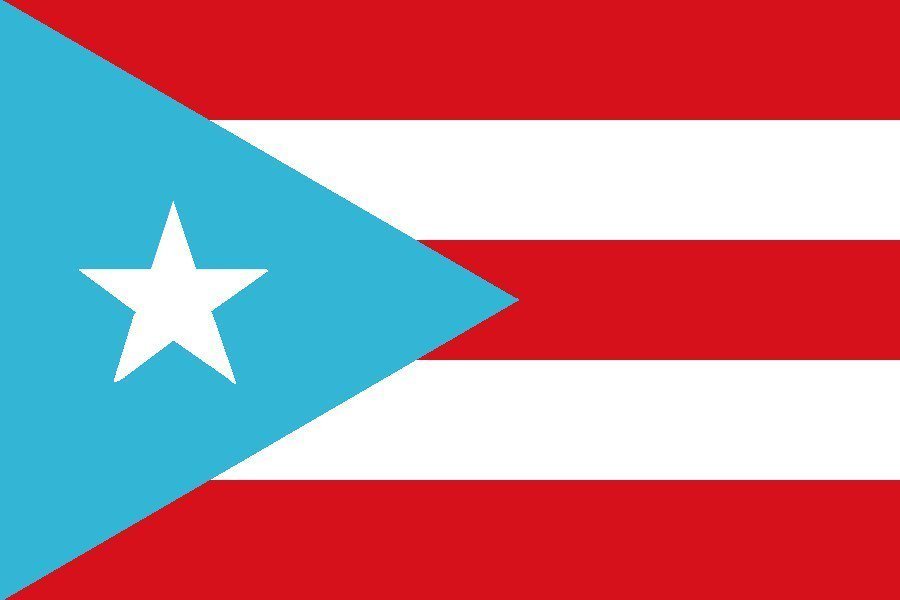 Because damn if the Puerto Rico flag doesn’t kill it.

Some notes: First, the stars and stripes, representing America. The blue field however is not the same as the blue of the American flag, which sets it apart. It’s also got an arrow, and a sense of direction and the territory is represented by a star in the middle of a field of blue – positioning Puerto Rico as an island. Is this what they intended? I dunno, I don’t think so. But maybe!

All this winds up with our inevitable winner: 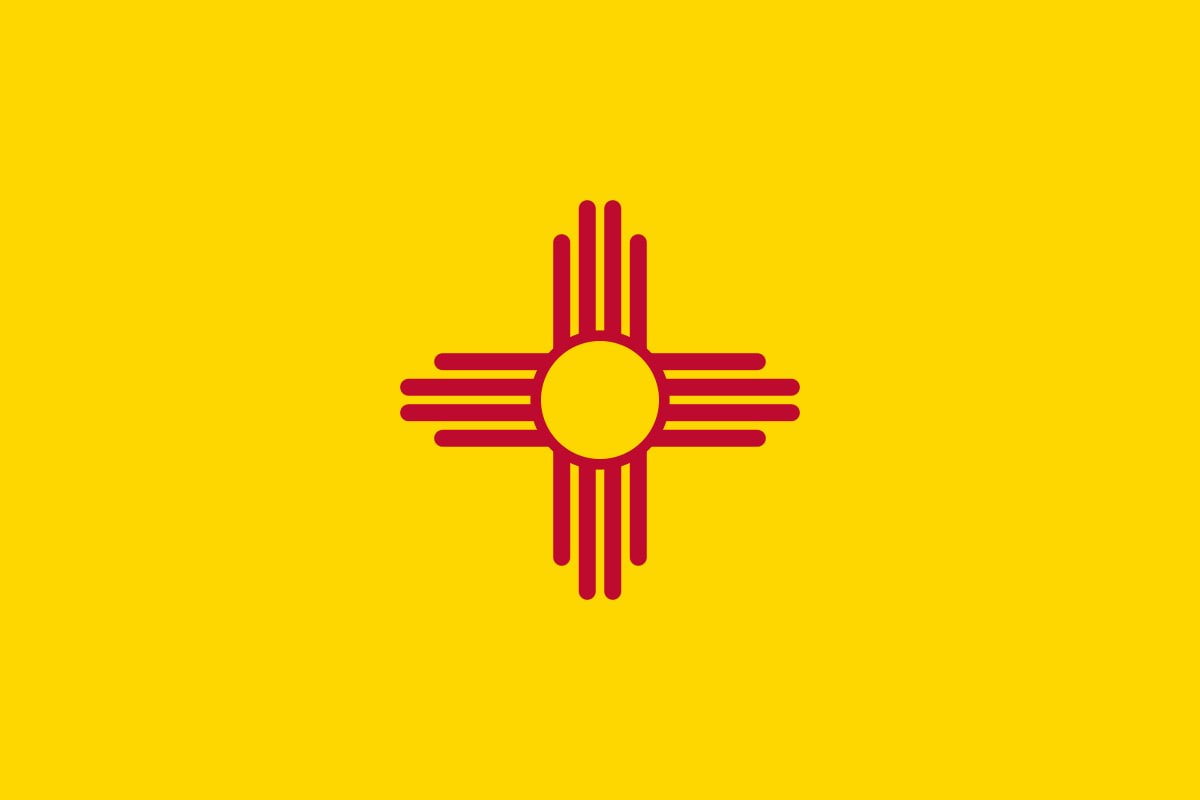 The New Mexico flag is overwhelmingly voted as the best flag in America. It’s pretty obvious why; the design is bright, clear, and if you make it as an illustration or as a set of shapes it’s a small number of pieces. The shape representing a sun both evokes the place (a desert) and also the place’s history (the symbol being used by the indigenous people of the region).

And that’s that! That was the results of the weeks of flag voting going on in the lead-up to Flag Day in the USA, and… well, this is me archiving it on my blog with some hopefully interesting information that doesn’t get munched by twitter being weird.