And now we’re in the home stretch! A lot of the worst, seal-on-a-bedsheet flags are done with and we can talk about cooler, better flags.

But not all the seals on a bedsheet are gone.

Because there are so many of them.

Now, as in the first article, our list of qualities for a good flag: 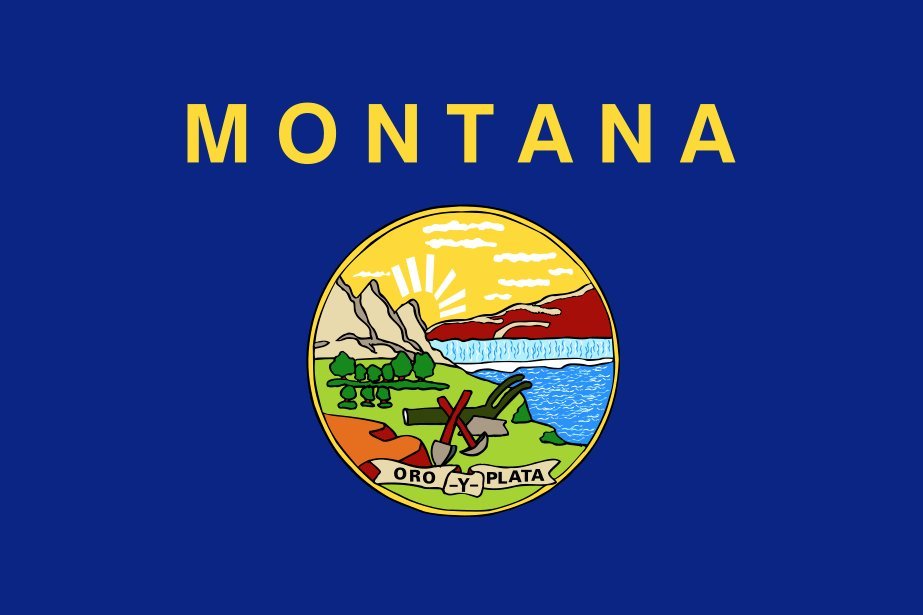 Like I said, we got most of the seals on a bedsheet out, but crucially, not all of them. 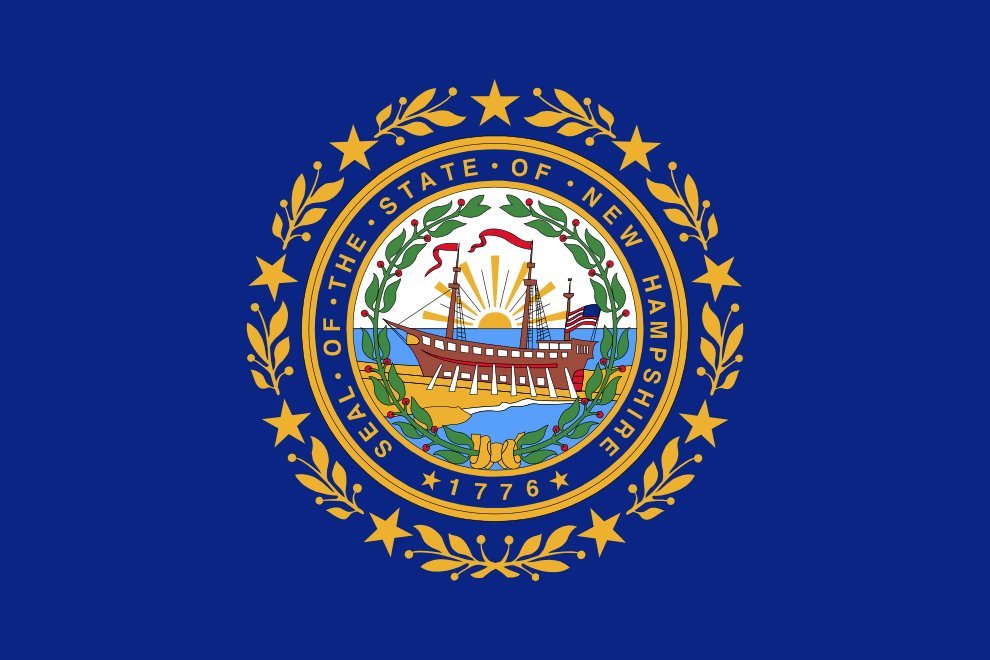 Oh good grief, New Hampshire. I think one of the things with seals on a bedsheet is there’s something really extra about the New England ones. They tend to have a certain ‘of course you should know why this is important’ about them. 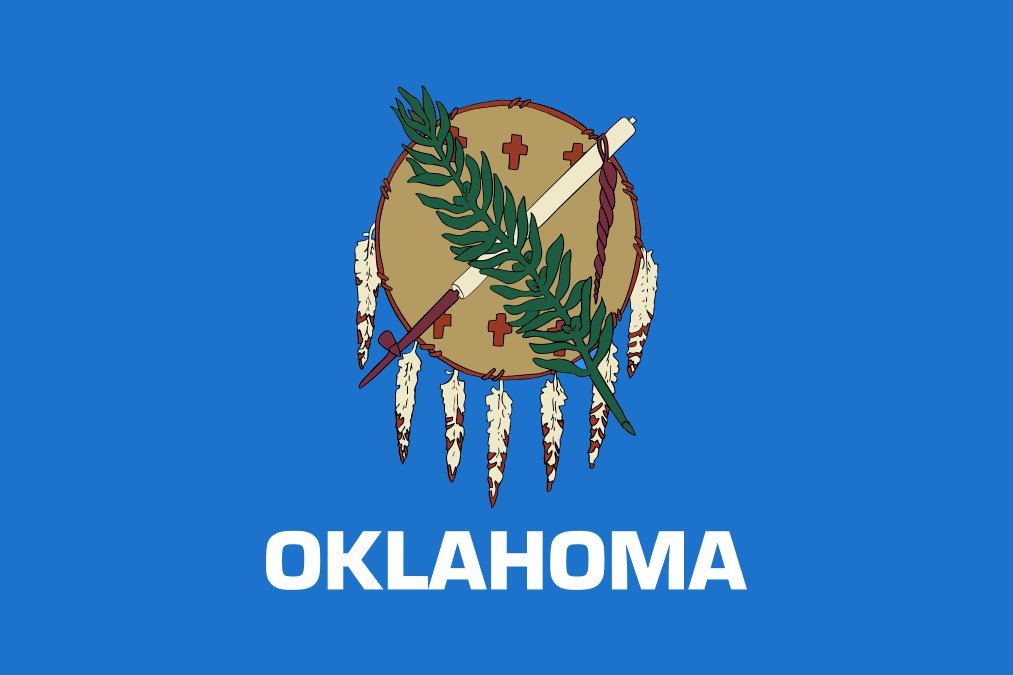 This one sucks even more, because Oklahoma’s flag acknowledges the people who were here before the people who made the flag, and that’s nice. But it’s got text, fine detail, and I can’t help but feel awkward about anywhere in America making a peace pipe part of their symbolism.

But with those seals out of the way… 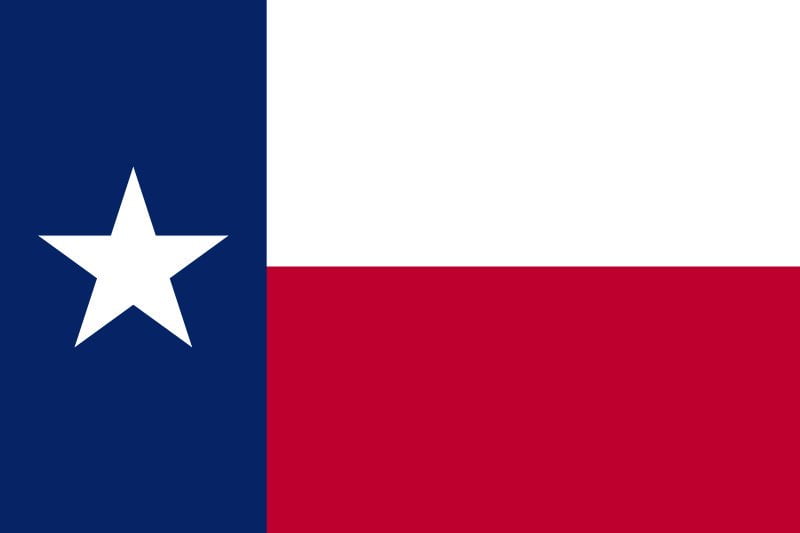 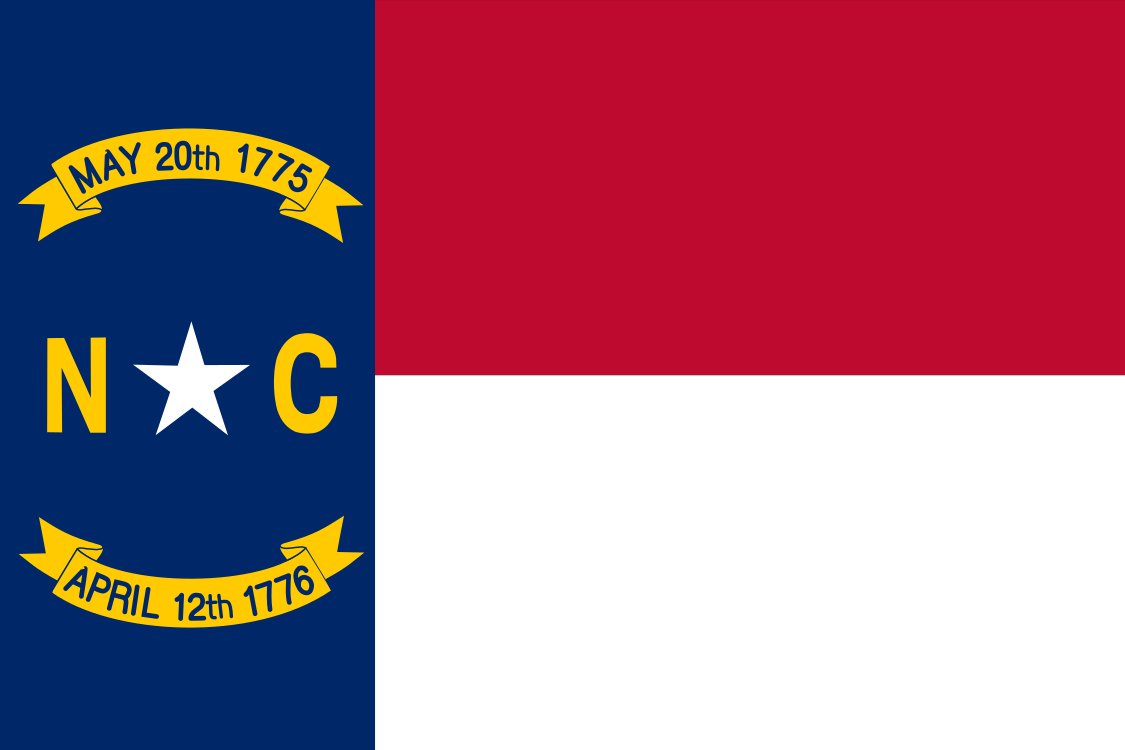 The North Carolina flag is a knock-off of the Texas flag. 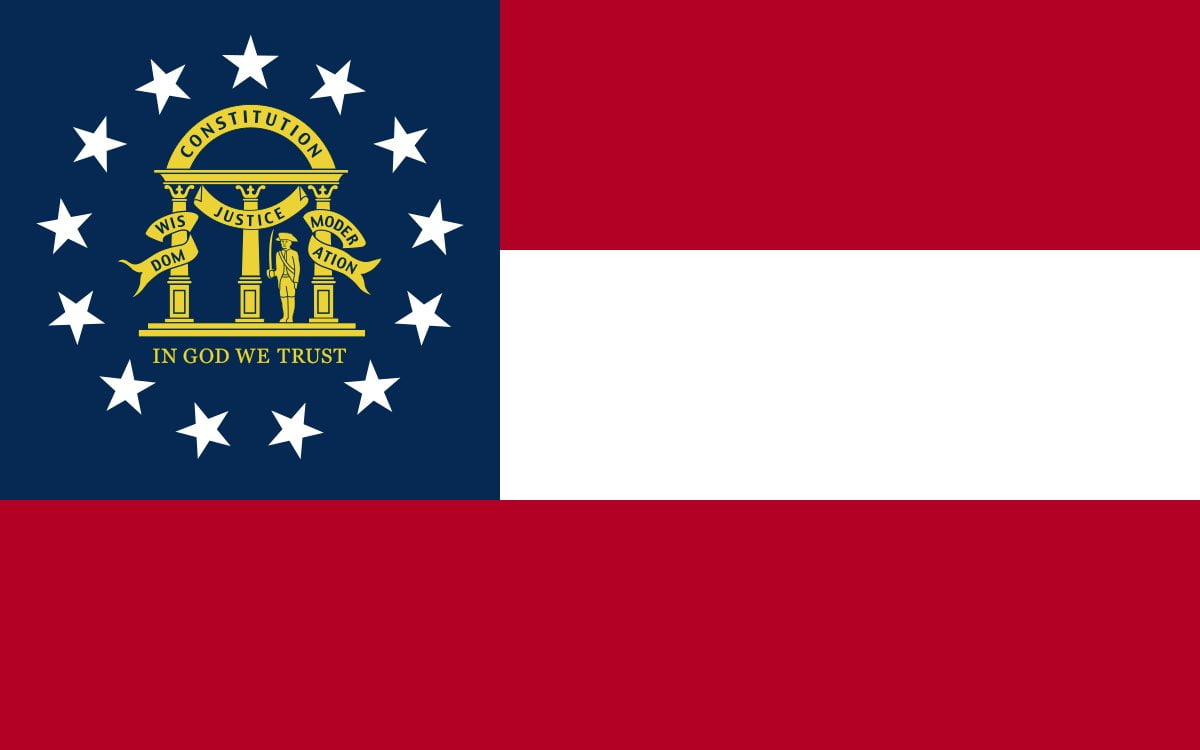 And the Georgia flag is a knock-off of the North Carolina flag. 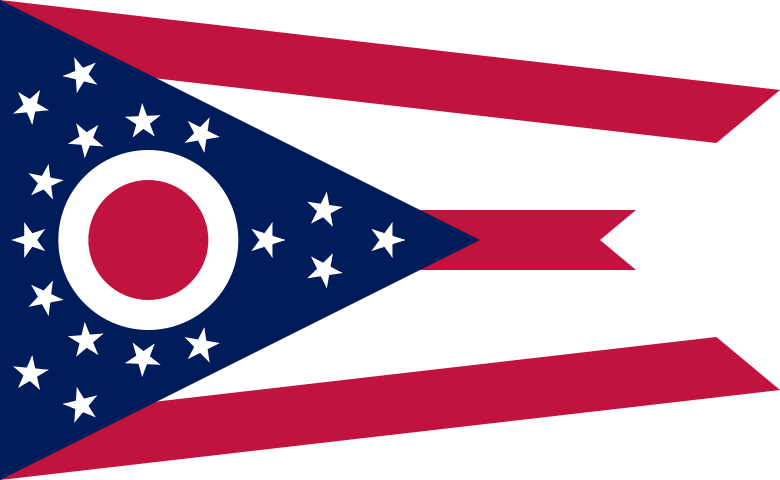 Ohio’s flag is a contentious one, because it’s a great flag, but it does some stuff. It has a letter on it (the O), but it could be seen as a circle. It’s not a standard shape, which is normally a bad sign but this shape is pretty good. The stars are normally good, but they’re arranged in basically four shapes, and none of them repeat and they’re kind of oriented oddly.

Ohio’s flag is honestly probably better than this, probably deserves to have lasted longer, but it does just enough odd stuff I’m not wild about it. I’d rather it have just the odd shape, and maybe simplify the blue field. 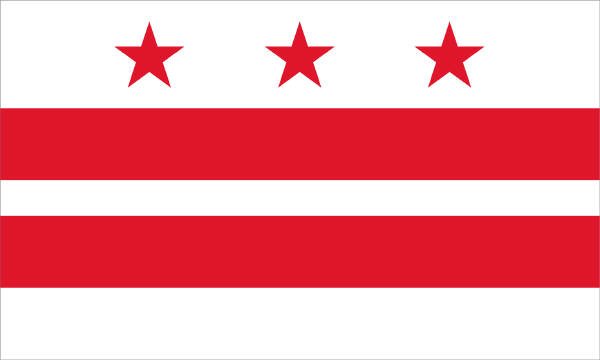 Washington DC really deserved better. But the flag came up against the eventual winner, and that’s s a really good flag so it isn’t like it’s unfair of this flag to have lost. It’s a symbol based on the military flag of General Washington’s army, and the iconography is simple and easily replicated. Really, this is the way the rest of the flags of the states should be. It can’t be mistaken for any other flag, too, which is a huge bonus compared to affairs like Texas.