If you google the term ‘the double nickel,’ you’ll usually find something about trucker slang, from the CB radio days. It refers to 55 miles an hour, two fives next to each other. More obscurely, however, is it’s a term from Magic: The Gathering tournament scenes, based out of New York.

If you like Mike Flores’ writing, this ten year old article from Flores explains the whole thing – but it is a bit of a ‘crystal in time’ moment. It’s from back when there was really one Magic web show, called The Magic Show, back when I argued against Youtube as a platform for Magic content because it simply wasn’t a viable format for me, in Australia with cheap, poor internet. It’s also a bit rambling and full of Flores’ personal affect, which I of all people would be an asshole to complain about, but if you’re only here because of game design, and not here because you’re a massive magic nerd who cares about history of the game, let alone the specifics of the game that were history ten years ago. 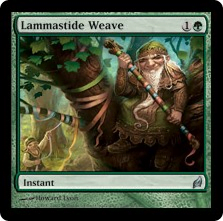 The basic idea is the double nickel is you do two iterations of a five-pile shuffle, which, when dealing with a number of cards divisible by five (forty or sixty, as in Magic), you will get back to where you started. This shuffling method is a pretty reliable cheat – used by one Mike Long in a famous cheating incident involving a card called Howling Wolf. And now I’m getting bogged down in the specifics of that game.

Anyway, the thing to know about this is one of the reasons why a lot of my games use these deliberately inconvenient numbers. If you’ve ever played LFG, you might notice there are 23 character cards, so a card always winds up in the graveyard when the cards are dealt out to the players. This is also true in Senpai Notice Me, where part of the setup is to make sure that there’s a card discarded from the game, and so there’s not perfect information about what’s in it.

The double nickel also is something you can use in the setup of a game deliberately. In Pandemic there’s a set of outbreak cards that get shuffled into sub-decks, and so to in Goodcritters, to make sure that there’s an end to the game coming but you can’t be sure of how it arrives. We used this tech in Foxtail, too, to make sure that the end game could be set up without necessarily making it guaranteed.