I wrote earlier this year about Ouendan, a nintendo DS rhythm game, and mentioned in that article that the game had a western release, in the form of Elite Beat Agents. Elite Beat Agents takes the preposterous idea of Ouendan and reinvents it for a western context. In Ouendan, a wild, roaming gang of school tough cheerleaders find people across all walks of life, including shapeshifting Kaiju and outer space invasion, and help people overcome their problems through the power of cheering. In Elite Beat Agents, this nonsense is replaced by the much more serious idea of an extrajudicial government agency that’s constantly surveillancing the world and deploying suited cheerleaders to fix it.

Anyway, in Elite Beat Agents, the game has difficulty settings expressed by what agent you play. Let’s look at that. 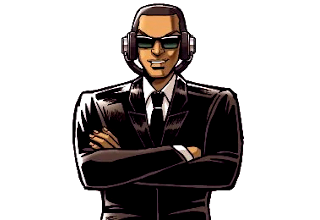 First up we have Agent Spin. Spin is brand new to the agency. He has headphones, and clearly listens to music all the time. Spin has the easiest time in this game. It is not difficult for him to cheer people up, his moves are economical, and he gets the same results as every other agent, with much less difficulty than they do. Even his difficulty refers to how easy this is for him: it’s called cruising.

In The Games Black Girls Play, Kyra Gaunt forwards the idea that whiteness needs to see traits of black culture as inherent to black people, rather than the product of practice or skill, particularly in the way that black people are seen as having ‘natural rhythm.’ This rhythm, she notes, ties into singing games, clapping games, skip rope and time keeping techniques that black children do when very young, and share and reinforce in one another all the time, so what is an example of a lifetime of practice is reduced instead to ‘a thing about black people.’

Ostensibly, beating the game with Spin is not impressive: The player needs to do the least to get through the game. This presents the idea that Spin is ‘easy’ but it’s kind of the exact opposite: Spin is the best dancer of the lot, because the player requires the least work to make him excel. 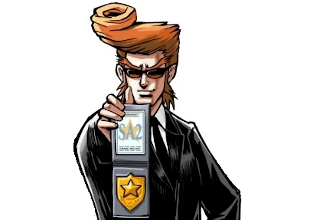 Next up we have J. J is ostensibly an expert in all forms of dance including hiphop and ballet, and that bears out with our principle of work and investment. After all, he can be completely well trained in a lot of official capacities but that doesn’t necessarily mean he lives music the same way, or started at the same age and has the same extensive, ingrained practice that Spin has.

He’s almost as good as Spin! There’s a lot of flourish to his performance, but as Spin shows, it’s unnecessary flourish! 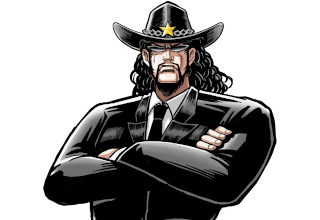 Then we have Chieftan. Now setting aside the awkwardness of a big white southern dude calling himself ‘Chieftan,’ he’s a big guy, and he is the game’s official ‘hard’ mode – the difficulty that starts unlocking things because it’s hard to get through them with this gigantic chunk of Texas Toast under your control.

Chieftan has even more flourish than Spin, and often needs sometimes as much as four times as many points of input as Spin does. This guy needs you to nearly constantly help him. If you slip up and miss a note, you’re probably out of the game entirely, showing he’s extremely sensitive and failure prone – his confidence in his ability to dance is extremely weak.

Then difficulty takes another enormous spike: 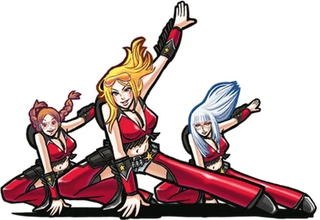 With the Elite Beat Divas.

Now, here’s where things get interesting, because the Divas don’t just represent a continuation of the existing difficulty. Part of what makes their levels in the game even harder is that they’re dealing with mostly the same notes as Chieftan, but they’re smaller targets and appear much closer to the window when you need to tap them.

That is to say: They’re doing the same stuff, but being held to a higher standard. This is true for how women are treated in almost all media spaces:

Then the question becomes: How much harder can it be? What’s the next step of difficulty up above that? If we’re suddenly seeing the way women are treated, the way demands are made of women that are already being held to higher standards (I mean, look at the way they dress compared to the men).

Then the next step is to see what happens when you ask a dude to try and meet those standards.

Anyway, thank you for coming to my TED talk.