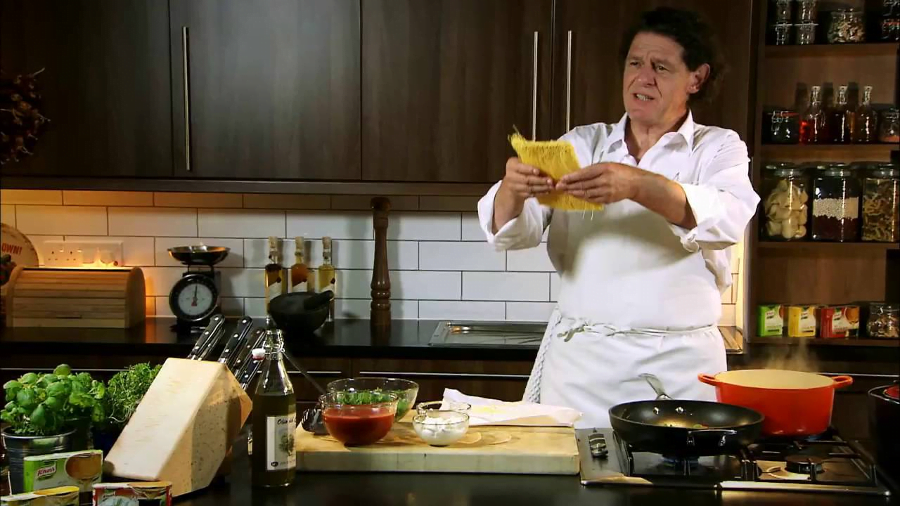 A thing I hate is that now, I feel, by mentioning this guy, someone’s going to think that what I want to do now is get into a conversation about how he’s an asshole or his son is an asshole or how he’s part of meathead chef culture or how he’s a sellout for stock pots or all sorts of things and I hate that. I hate that I don’t just need to know about Marco Pierre White as a little video on youtube that shows some cooking techniques about I need to do a moral colonoscopy on him before I’m capable of just bringing up a quote from him. I don’t want to become the kind of person who researches celebrity chefs like they’re football teams and reads cookbooks to see who has the most legitimate carbonara recipes. I just don’t.

This guy, Marco Pierre White, is one of the youngest people to ever get three Michelin stars, which is to say people who like cooking I don’t care about think very highly of his ability to cook. By any metric, he’s a pretty clever cook, certainly as far as I, owner of zero Michelin stars, think I know.

Anyway, he’s done a bunch of cooking shows, some ads for ingredient companies, and he’s spoken in things that seem like reasonably open interviews about why he supports and encourages the use of pre-made ingredients like instant stock or seasoning mixes. It makes a lot of sense to me – his stance is that he, a professional chef, can make his own stock and do a better job of it, but if you have a 9-5 job and have an hour to cook, you probably don’t have the time to make good stock or develop perfect knife skills, and with that, the store-bought ingredients represent your personal chef assistants. I like this take, it resonates with me.

What he’s said that stirred this though, is when describing ways to make things he’s often prone to saying there’s no recipe.

I think about this phrase a lot because I think that recipes, while useful, are also scary. Because a recipe has hidden information in it. Sometimes they’ll use terms like mix and you might be left wondering wait, mix how? With what? What does mixing look like here? Do I do the wet-into-dry thing? Is this assuming I’ll use a spoon? What if I wanted to use a whisk? What if I don’t have a plastic tool when it’s a non-stick container? There is a wealth of information presented in a recipe that is definitely useful, but it’s possible that a recipe just doesn’t quite cover what it has to do, because you don’t know what to ask.

When Marco says ‘there’s no recipe’ I find that very freeing, because it means there’s nothing I can fail. There’s not a list of steps and if my outcome comes out of it poorly, I’m the one to blame, because the recipe can’t be wrong. It’s a recipe.

I think about this in creative endeavours. I offer people templates and tools but I hate to think that I offer stuff for you to make things like books and games, and those things frustrate you and upset you because they don’t quite work.

It’s reassuring to have a recipe – but if they don’t make you feel good, don’t feel you should have to try and make things into recipes.