There is a term used in Australia, which is known enough to have a wikipedia page but not known quite so much that I can assert it in a classroom and have people react with ‘ah, yes, that,’ which describes our relationship to the art, media, and creations of our own culture. The term is cultural cringe. Coined in the 1950s by A A Phillips, Cultural Cringe was seen as an Australian problem based on our relationship to ‘real’ culture in England and now, more recently, America.

The idea is that Australian producers and creators are a sort of hobbyist or testing ground before they move on to go to one of the real cultural creators and create real media. Media is not looked at in terms of its expression of our culture and our values, but rather how they integrate into a landscape of the other, hegemonic imperial culture. Our entire cultural product is seen as a subordinate holding house, embarrassing, compared to the works of whatever imperial culture we’re siphoning ourselves onto. Even the things that express ourselves in very pure, very real ways are seen as weird, rare, exceptional holding pens.

It runs deep, too – I write here assuming I’m talking to people in America (which the stats bear out), but I’m always doing it with a fear that I don’t get too Australian. You don’t know my culture, and what’s more, you wouldn’t be interested in learning about it. Which in some cases is pretty valid, but in some cases is honestly pretty pre-emptively self-owning. I think TISM are very seriously, one of the best bands that existed, with a jagged selfawareness and excellent deliberate contusion of the media form of the pop song, but I don’t share their music very often, and when I do share them, that work is carefully couched. 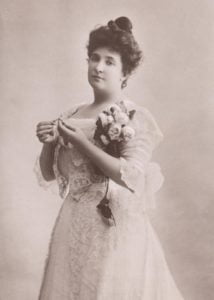 If you remember my writing about our currency, you may remember me mentioning Nellie Melba – an opera singer. Know how Melba was recognised as important to Australian culture?

She got to perform in London.

You know those Hemsworth boys? They got their kickoff in Australian soap operas, Neighbours and Home & Away and then when they had a bit of experience under their belt, they fled to America to never sound Australian again. It’s deep and fundamental, the idea that Australian-ness is a thing to be discarded as quickly as possible. Iggy Azalea was a source of contention for me because people said the performative voice she put on was racist, but I don’t think Americans get to lecture us on how they teach us we need to sound so uncritically. Though thankfully, Iggy is just a dickhead anyway, so I didn’t wind up having to go to bat for the concept space. Crocodile Dundee? Amazingly important movie in America, complete blip of a movie here in the culture it was meant to represent.

Hell, you know ‘shrimp on the barbie?’ That thing that Americans hilariously bring up around me because they’ve heard of one thing about the country I live in?

Anyway, the point is that in part thanks to a constant barrage of media ownership from American and English media sources, Australia has a defensive and dismissive stance about our own work. Australian media is surprisingly good, enjoyable despite itself, overcomes its limitations, and is always, always, always done with a deep breath of apology to it.

We are ashamed of being.

And we are told this shame is normal.

This is a cultural phenomenon that isn’t totally unique to Australia, though only we call it cultural cringe. According to the wikipedia page on the topic, there’s ‘beaver hours’ in Canada, when specialty, Canada-only media is presented on broadcast platforms, and that media is generally regarded as embarrassing. Similarly, and I say this with again, a wikipedia article and two conversations with Brazilian people, there’s what Brazil refers to as ‘mongrel complex’ where foreign-made stuff is fundamentally better.

By the way, Americans, imagine how this makes your patriotism look.

Specifically, I wanted to talk about the ways that cultural artifacts are conscripted to add depth to the privileged. 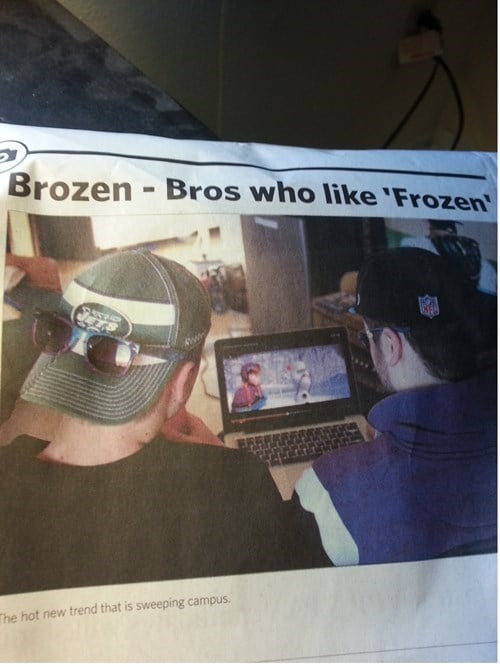 I don’t know where this picture came from. It might be a literal joke, and I do hope it is! It still serves as an example of a phenomenon where someone with privilege can claim things that would normally be seen as abrogations of that privilege if they make the transgression into an expression of that privilege. There is no sensible reason that a college frat dude liking Frozen should be remarkable. Still, the paper presents the idea that these Bros are into Frozen deserves a special term, deserves special mention, as if it was brave of the people whose tastes are the least critically patrolled and who wield immense cultural power.

I wanted to cite the many grungy, edgy My Little Pony remixes and adaptations to this point, but you know how hard it is to find proper links to the fanart those people throw around? Same thing there, basically: The idea that the people who can do what they like and who can set the tone of things can wade into spaces that weren’t shaped for them, and demand that those spaces give them special credit for being there. They wil make the space fit them, they will make it acceptable to be themselves in these spaces, and they deserve credit for it.

This is fundamental to how videogame culture is regarded, by the way: Since inception, videogames have been being made by weird, poor, introverted, neuroatypical non-cis non-white non-hetero people, but the image now is that the Videogame Industry is a White Dude Expanse (and is doing its best to make that so). The bros moved in and demanded the place respond to how they wanted the place to be, then made the landscape reflect themselves.

Cultural empire is why I – and I need to make this clear I am a white cis dude, I am not any of a number of further marginalisations – feel embarrassed of even mentioning my culture, and why it’s seen as brave and exciting when Americans decide to watch I dunno, Miraculous Ladybug. Other cultural spaces are failures except in how they can be used to decorate the dominant empire.