I thought a lot about this month’s shirt.

I mean, it’s the me month right? Am I going to put a logo on a shirt that you can put out there that shows off like… me? That seems weird. Plus, my current setup is a little… let’s say it’s branding obtuse. Like, go on and ask me what ‘press dot exe’ means sometime, except Shelf, who knows.

Anyway, I thought at first about making some kind of logo for myself, then I did a few dumb deep-cut jokes about game logos and then I thought about making fan merch for a game that obviously a lot of people care about but which is completely unrecognisable to even other fans.

Also, it’s the Me Month. So I wanted it to be really easy.

I actually wound up making three designs today (today!). I also almost mad a fan-design for Carcer, based on a drawing a friend made of a spooky ghost. But that’s their art, not mine, and so that got scrapped. Maybe some of those other designs will come up later. The fine thing, the most important thing:

I really wanted this month’s shirt to be easy.

Like, if I was going to do something for myself, today, I think it’d be giving myself a break.

So I made something that gives me nostalgia and which I know will probably never sell a second copy. 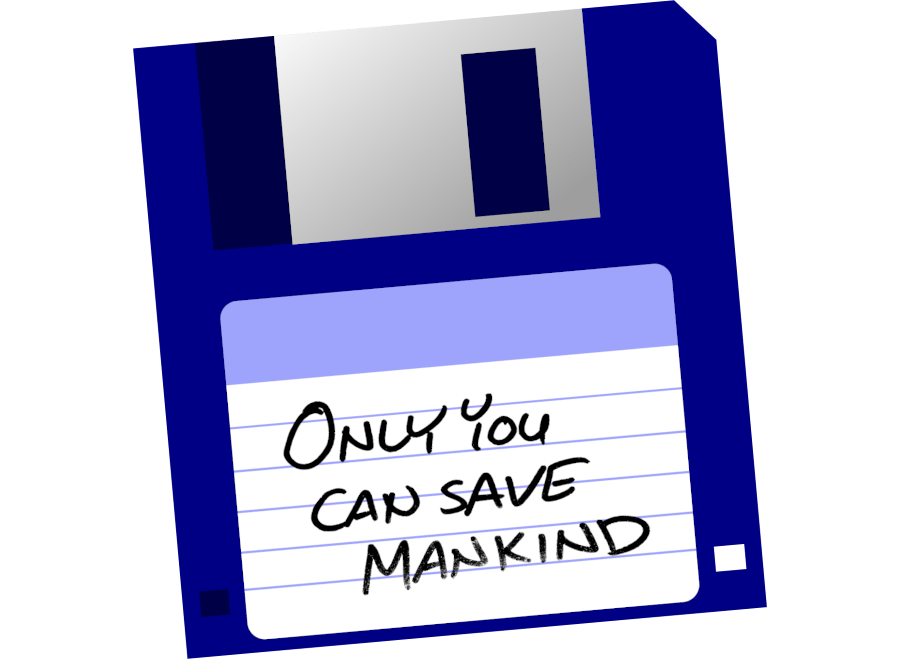 Here’s the design! It’s a 3.5 inch diskette and that is my handwriting. It’s meant to be like the disk that Johnny used to get the game in the book of the same name – complete with the fading text. It’s just a simple, small little thing, it wasn’t hard to make, and it reminds me of something that I care about a lot.

It also has a message that has more and more become part of my life. We’re the only people going to be saving us. It’s not coming from space and all. 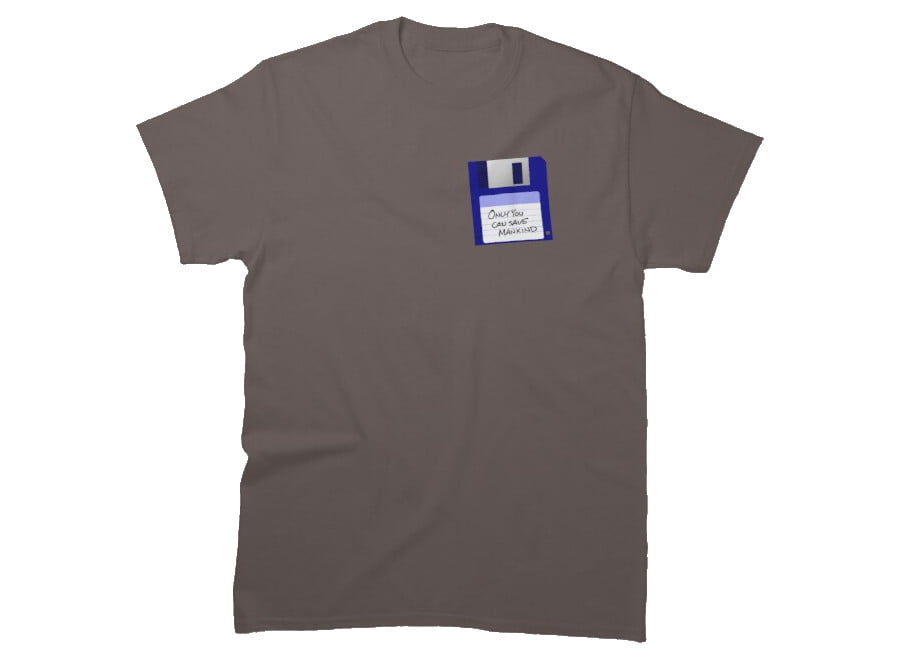 Here it is on a shirt.

You can get it over on Redbubble.