Finally, here we are. 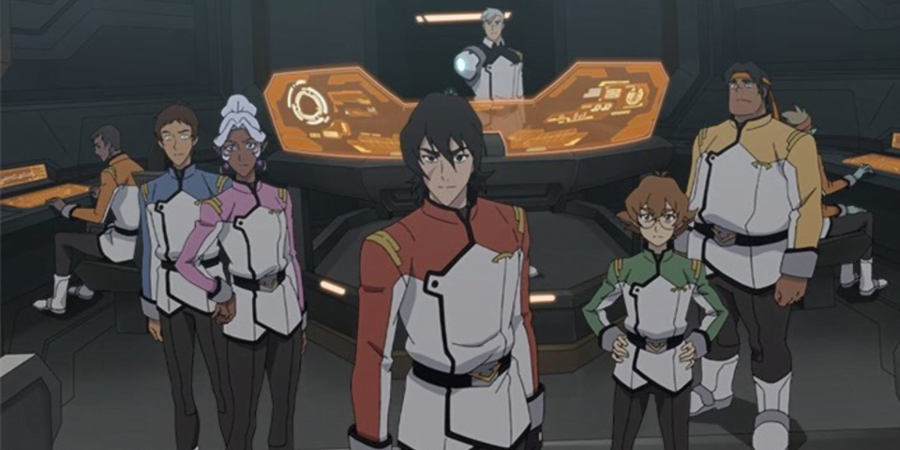 Okay, I’ve spent four weeks building up to this.

In the last season of Voltron: Legendary Defender we’re introduced to a new villainous force that is implacable and parasitic. The enemy is homogenous, deliberately uncommunicative, and extremely dangerous. They can drain power from others, literally feeding on their power, and their plan is an unreasoned following of a single person’s ideal. They are identical, white, and deliberately shriven of distinctive marks. They’re also expendable – despite the human cost of them, Honerva has no problem sacrificing her followers to achieve her own end. In the purest sense, Honerva consumes, consumes even the people closest to her, in the pursuit of the one thing she wants.

Honerva’s whole plot is about demanding the story she’s in be one way. She isn’t interested in building some grand project; not considering or contemplating how her choices led to where she was, or how with all the power and potential at her fingertips, she could make something new, or even learn from and empathise with others. There is no will to grieve, no will to accept the story – and so, she wants to escape this story and go to another one.

And in the process, she is willing to consume and destroy worlds at a time to get where she wants to be.

I’d almost admire the drive if not for the monstrosity of murdering trillions of people rather than confront your own sadness. She is literally consuming whole stories in the name of finding the one story that she thinks is acceptable to her. And when she gets what she wants, when she finds herself in the place she wants to be, she demands that story accept her.

And when it doesn’t, she’s willing to destroy it.

Honerva needed one moment to snap and become omnicidal – because she had already decided how it should be. She did not consider that it was a very legitimate, very normal thing for a child to be impetuous or confused by strangers. She didn’t think about how she didn’t know this world’s Lotor, that he might be colourblind, or might just be a bit of a brat. Despite leaping from world to world, despite all her study, she met the slightest bit of resistance and would end existence in response. She even blamed Lotor for it.

In the end, this is a woman leaping out of the pages of her story and burning down the library. Voltron fights her, beats her, defeats her in one of those cheesy, big, everyone-tries-at-once moments, where the Paladins and the crew of the Atlas and the MFE and the Alteans and the Balmora and everything is all at once rejecting the person who is telling them to stop existing. It is a rejection of annihilation in the face of an abuser.

Then, Allura comes to Honerva, and the two talk. The heroes have won at this point – they could just kill Honerva and return to what they have left. But it’s not enough. They’re not done with saving this one world, their one story. They’re going to fix everything. And so, they argue with Honerva about whether or not it’s worth having stories, even if sometimes they’re sad.

And then… Honerva is convinced that it’s better to be part of something big, with millions of possible stories, than to destroy them all because she didn’t find the one she wanted. 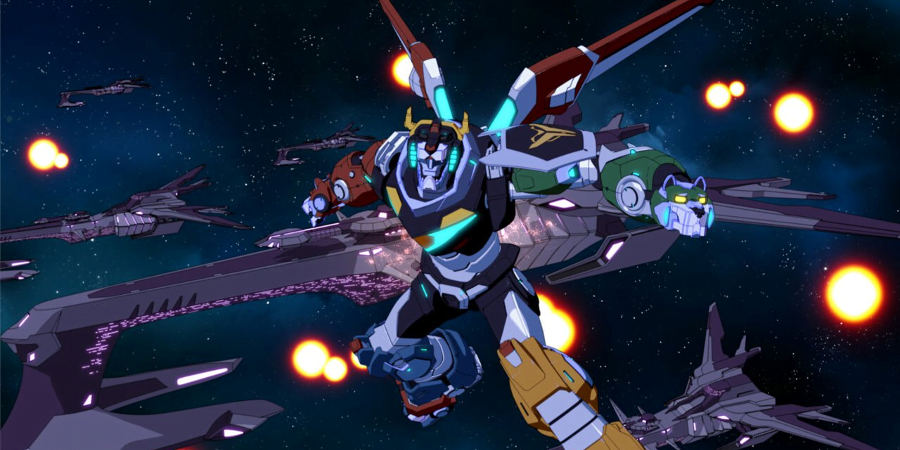 There was never going to be infinite Voltron: Legendary Defender. I mean, it’s a 80s rehabilitation by a small studio that’s already straining its budget, and part of how it’s so excellently made involved doing things the original didn’t. This is a series with a regularly shifting status quo, a plot that actually moves on. You can drop in and watch a single episode, but it’s still a larger story made up of smaller stories, rather than a formulaic, monster-of-the-week type arrangement older series like it used.

That meant that not only was there not going to be enough of this show (for budget reasons), there’s a very real limit on how much new stuff it can introduce. At a certain point, plot wears itself out. The characters had mostly developed and matured, and grown together – notice how in season 8, Lance largely wasn’t doing too many silly things, and he was competent and emotionally mature, and – like, he’d developed. The only way to keep this kind of storytelling fresh is to either undo what you got in place (the Scrubs route) or show characters snapping back to old habits, ignoring their development.

There was always a limited lifespan for Voltron. It always had to end, they were going to run out of money, they were going to run out of fans. It sucks, but it was just going to happen. And I’ve been there, watching series trickle away, in fact, that’s kind of how the old Ad-toons of the 80s ended. You didn’t get a conclusion, you didn’t learn the final truths of the story, you just turned on the TV one day and whatever you’d been watching wasn’t there any more. No more, we’re done, that’s it.

And what then? To end on a cliffhanger? To peter out?

That ending is about making Voltron: Legendary Defender.

It’s about what else can be made.

It’s about understanding the importance of friendship.

It’s about refusing to let our love corrode us.

Yeah, Allura leaves. Does she die? Maybe? Sure? I’m personally okay with heroic sacrifice narratives. I’m especially okay with it in this case, because Allura leaving and Voltron disbanding makes it clear: This Voltron Story Is Over.

Make your own new ones. 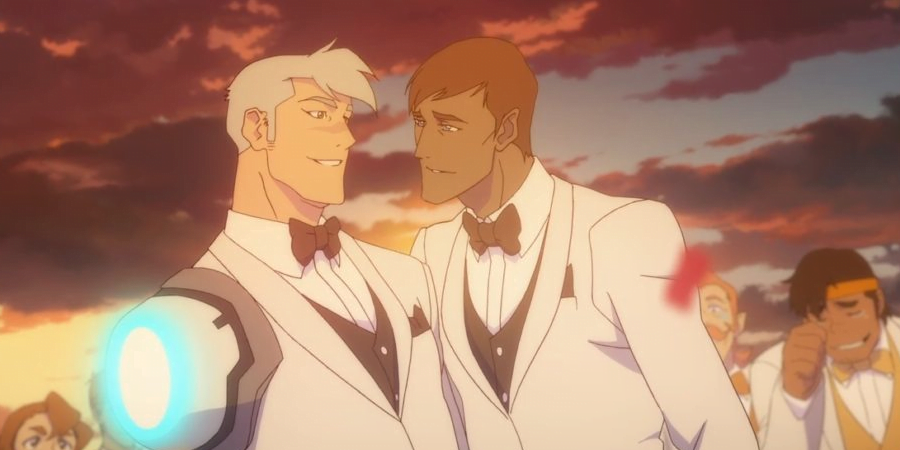 I don’t want to tell you what the ending of Voltron should mean to you. That’s for you. If you didn’t see a moral point to it, if you didn’t see what the story was about, that’s fine. I am, after all, steeped in a particular variety of Christian myth, so a Jesus figure and a divine mother figure both kind of work easily for me.

I’m also used to the cynical movements of companies, so I can see the conclusion as a deliberate attempt to draw a line through this work, to tell anyone corporate who wanted to Make More Happen that there was a hard no there. You can’t make a Voltron babies in this universe. You’ll have to reboot it, do it again, make your own thing.

And mixed in there, I saw the creators of this story building a monument to fandom. That our work and our love and our creativity is connected. That it is something we all do together. That the hate and spite and rage that may exist within the community is not what defines it, and we can all build together, even if we’re all building in different ways.

Also, this series shows a kiss between a gay Asian man and a dark-skinned man who are both military officers, and total badasses.

I want to tell you what I saw, and how it made sense to me.

If you’re sad that Voltron ended, I get that. I’m sad it ended. I wanted more of it. If you’re sad because of stuff that happened in the ending, I get that too. Your sadness is legitimate, I don’t seek at all to tell you anything is wrong with how you feel.

The good news, though, is the story you wanted is out there. And you should create it.

Allura would want you to.

To Part 1: A Series Half-Full