If you’re wondering should I watch Voltron: Legendary Defenders, in the broadest possible way, with the minimum of spoilers, then to be up front: This series is great! It’s a cool adventure story with a bunch of interesting, diverse characters, and a regularly shifting status quo that keeps the story from becoming static. It’s very much an adventure story of big robots and fighting monsters in space, rather than your monster-of-the-week model you got in the original Voltron series, and there’s a lot of really cool different stories that make up the whole of the show.

And I want to talk about what it was about. 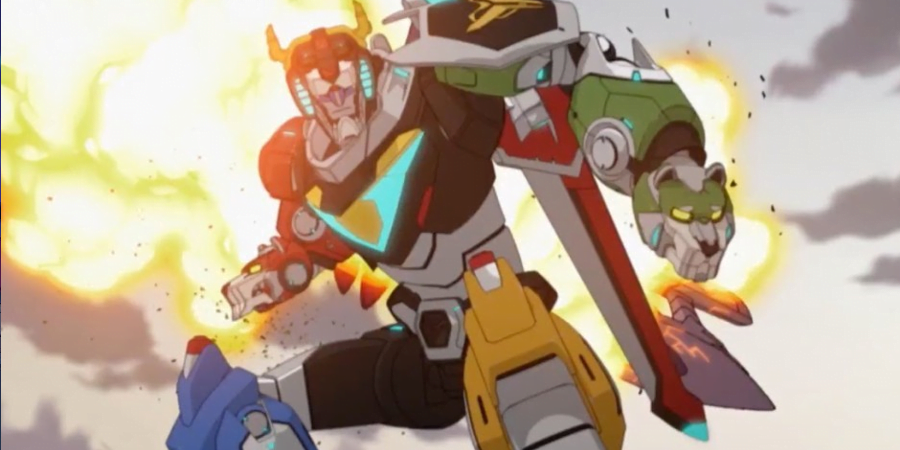 But before we can talk about Voltron, we gotta talk about Harry Potter.

With the first Harry Potter book released in 1997, the fandom spent the next decade reading and rereading the books and creating in the space the books gave them. Oh, sure, there’s fanfiction, which is totally great and people should respect fanfiction, but that’s not the only kind of fan creativity in a space. If you argue about what a story is going to do, or should do, if you want to talk about what you think happened in someone’s backstory, you are doing something creative. Even if you’re extrapolating from the work of the text, even an interpretation is a creative act.

And with that there’s all the other stuff – fanfiction, knockoff books, fanart, shitpost comics, parody and homage, songs, videogames and tabletop games, making your own RPG characters based on those in the books, incorporating ideas from the canon into your other play experiences and games, and all that. Basically, to engage with fandom is itself, fed not by consumption but by creativity. Oh, you may not do anything but consume from the fandom, your interest creates a demand, and those who feel inspired to create can and will engage with that. There are absolutely Harry Potter fanartists who were pulled towards creating more Harry Potter fanart because that’s the work that they could do that got attention, not necessarily because it was the thing that mattered to them the most.

Then the final book came out and a lot of people got really disappointed.

The Harry Potter they’d imagined, the world they’d imagined, was suddenly disappeared by the ending they saw. What’s more, because this took ten years to follow, and the movies were coming out while the series was, there were people who grew up in the fictive space of loving Harry Potter, of loving Hogwarts. It was a place they could go to, a place that for them – all of them – they imagined reflected what they wanted to be true. It was about the things that mattered to them.

The conclusion to Harry Potter didn’t satisfy them, and partly that’s because literally nothing could, because there were too many people, too many possible people to satisfy. The conclusion of Harry Potter showed you, in the end, who the characters really were, who they were going to grow into being, and that meant you got to see the kind of story that Rowling was creating all along. The characters were in flux, they were developing, they could be something, they could be anything, and then Rowling said 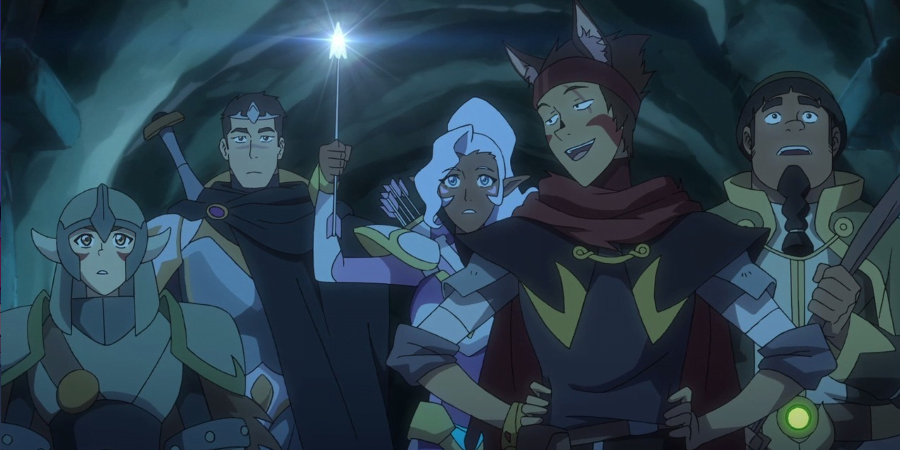 Now, I love Voltron: Legendary Defender. I love it, and want you to know that I love it, because it’s important to remember that when I say what comes next. I’m not saying this as a criticism of it.

This sort of line has a sort of inherently critical air to it. After all, to get a half-full series sounds like you’re getting less series. It sounds like you were promised something and only got half of it. I don’t want this term to be used that way. What I mean is that Voltron: Legendary Defender is a series that, for whatever reason, cut away huge amounts of what we’d normally see in a series, and gave us intead about half the series for the amount of time and content they cover.

If you watched the first episode you might have already been struck by the pacing of it; the first three-parter episode rockets through events and introductions. Each season rips through a surprising number of events, and often things are solved very quickly, once a solution is divined. Each season has a couple of downtime episodes, a few major incidents, and characters are sometimes around for only a few episodes before they’re done. Characters will show up once or twice, but for the most part, this series doesn’t have time to waste. Tension is generated mostly by music and characters’ reactions rather than time.

You can also look at how the characters work. They’re kinda broad and simple; your basic seven main characters are a Stable Dad, A Wacky Dad, a Cool One, an Enthusiastic One, An Outsider, A Misfit, and, sadly, A Fat Guy.

Now, they don’t actually fall into these archetypes too simply, and they all respond to the archetypes – Keith’s coolness is shown as being emotional damage, Lance matures out of his enthusiasm, Pidge’s misfit status takes on extra dimensions, and even while Hunk takes on some of the common traits of a fat guy (like an interest in food), that interest is tempered by an intelligence. 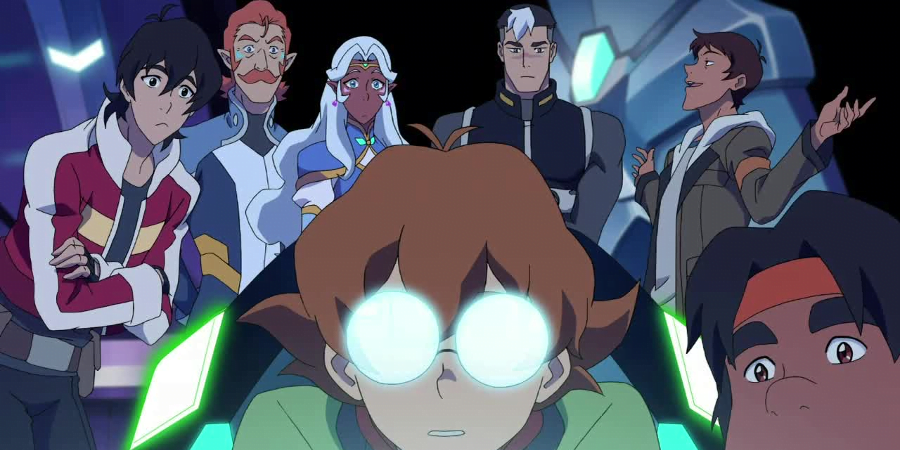 That the characters are archetypes and the pacing is fast means that Voltron is a series that perhaps intentionally avoids exploring the inner lives of characters. There just isn’t the time for showing how characters think of themselves, or private details about their lives that can’t be readily brought to bear in other situations.

Note! I said the characters’ inner life, not their private life. We get lots of chances to learn about a character’s private life. We learn about their interests and hobbies (that can be used in the story with one another), but it’s not until the last two seasons of the series that we learn that Shiro has been in a relationship with another man, because it just has no reason to come up earlier. We just didn’t have the time.

What this meant is that as the series played out before us, we knew what the characters were doing but not always how they were feeling. Was Pidge relieved from being free of earth, and therefore, able to explore a nongendered identity? Did Lance know he wasn’t as competent as he thought, or was the confidence an act? Were the Lions actually inclined to choose pilots as Allura described, or did they have more freedom to make do than she said? We just don’t know. And with those inner lives, we were given realms of spaces to create.

What we, as a community, created, was lots of fucky fiction, by the way.

I bring up Harry Potter because it has something of the same situation; Harry Potter created a space, and so did Voltron. Lots of people created things in that space, and that meant a conclusion that annihilated your creation, that rendered Your Take on the character untenable, that was going to suck.

What Voltron did to countermand that – aside from being made in a shorter period of time by a more skilled group of people – was have a singular, consistant, reasonable moral outlook, and a recurrent set of narrative themes. All four major arcs of Voltron are building around the same basic ideas as the others, which means even when they’re different, even when they change the world, they still yield a story that works for these characters.

I really love this! It means that your personal narrative about why characters do things works, it’s unlikely to be ruined by something that comes up later in the story, because the story is always going to reflect the same kinds of character, even if the specifics are different.

Next Episode: Faces Of Evil