They also were in the habit of getting into trouble with the conventional Christian media landscape that presented the hegemony. You might wonder, hey, how does a Christian ska band do something to annoy the people printing their CDs and distributing them?

Well, there’s this thing with Five Iron Frenzy: They practice what they preach. They formed, they got repeatedly rebuked by Christians for their anti-corporate, pro-Native American, anti-revisonist Christianity stance. Basically, they made the right kind of enemies. Eventually, after having done what they wanted to do, and, rather than make demands of a band member who was facing a religious crisis, the group resolved to break up the band.

Then they gathered back together, for The Engine of a Thousand Plots through Kickstarter. And that was kinda a nice denoument on the band. That album had some reflections on what it’s like being a 1990s none-hit-wonders, about being in your forties doing a musical style that’s renowned for being immature, for being ultimately a bunch of gen-X nerds who love Millenial fans. It was a bit more mellow, a bit reflective, a bit sad. After Cheese of Nazareth, and Engine, I thought maybe that was going to be the farewell to music that the band had. They’d made their points, they’d shouted their rage, they’d changed what they could, and they were done.

In 2020, right at the tail of the year during lockdown, the band kickstarted and released another album, and… 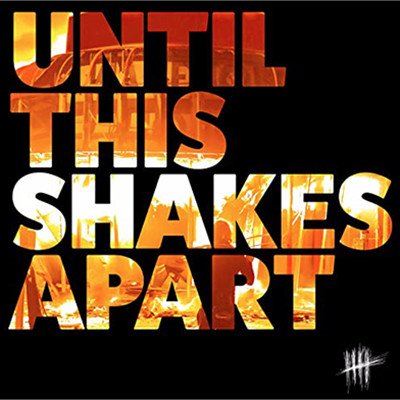 This latest album, Until This Shakes Apart is, well, it’s more Five Iron Frenzy. It’s the best produced album they have, and turning forty-five has done a lot for the voices and talents involved. The vocals are clearer when they want to be and the writing of the lyrics is still that mix of thoughtful and angry I like.

The weird thing about recommending an album rather than a movie or a series is that it feels like it’s something I can just like, link to you, and share with you directly so you can decide what you think of it yourself.

Still, some of the songs and my thoughts on them:

Me, I recommend this album, I liked it a lot.