Aaaaah, they can’t all be hidden gems.

The Saint (2017) is certainly set up to be a hidden gem. I mean, hey, okay, c’mon, check out this breathless spiel. The Saint (2017) is a modern re-adaption of a long-running TV serial about a super cool super thief who flits around the world doing daring heists against extremely powerful evil people, and while he plays with lots of cool toys doing it, he still gives the money away to organisations like Doctors Without Borders and oh he has rad cute friends including a super-stylish lady on the wire who hacks things for him remotely and beats people up and she’s played by Eliza Dushku and there’s a gay black lady who’s on the trail of the villains and there’s a good conspiracy that our hero is the last member of and an evil conspiracy that he’s prepared to fight and it’s all slickly shot and it’s not like the 1990s movie that was bad, this one leans in hard to the stylish super-spy style, and Roger Moore has a guest spot in it,

And then it’s very definitely not. 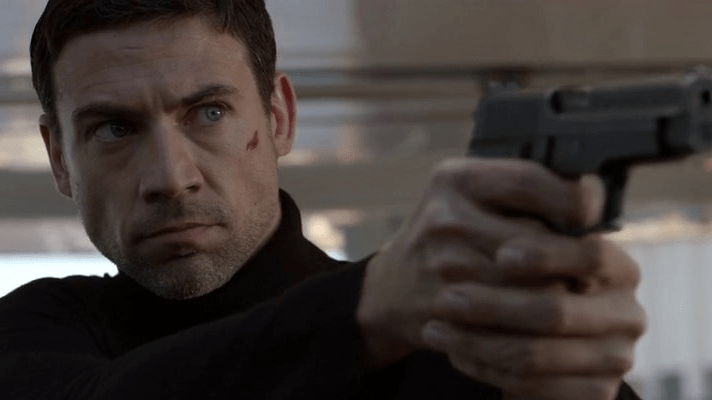 The character of The Saint is a really classic boys fantasy one. The books were pretty much classic pulp crime novels, telling the story of Robin Hood in a cool suit. His name is Simon Templar, and he leaves a calling card with his personal logo – a little stick figure with a halo on it – when he does something daring. Where James Bond is a cop, Simon’s a dashing rogue, a vigilante who flit from story to story, in short, pulpy novels that ran for over twenty years. Simon doesn’t avoid killing people, mind you – indeed, there’s a whole story about him hunting down and killing Nazi scientists.

And I gotta say, heroes who can kill a Nazi without thinking ‘oh no, does this make me as bad as them?’ Kinda refreshing.

The Saint then got a tv series, and it was ridiculously successful – at the end of its run, Roger Moore (pre-James Bond!) was the highest paid TV actor in the world, and the series was almost one of the longest-lasting TV shows of history. It stood to reason – you were watching a show where one of the coolest guys in the world turned up, beat a baddy, and got away, every time.

In the 1990s, there was a movie, which wasn’t well-received by everyone, and I don’t remember much about it. It’s generally regarded poorly, though, and doesn’t really connect very well to its history – the character doesn’t really connect himself to the Saint mythos in the same way, and he’s just kind of a dick. Not a great entry.

Anyway, in 2013, there was an eye towards making a new TV series, with some real high-grade TV stars – and that’s why Eliza Dushku shows up, hi Eliza! – and thus, a TV pilot movie was made. Nobody cared, and they didn’t care so loudly that the movie sat in a drawer until the death of Roger Moore, where people figured because, hey, it was worth it for the history (and maybe to make some money). Then, nobody cared, and it wound up on Netflix, and I spent two hours of my life on it, and I spent an hour and fifty-five minutes of that going ‘wait, holy shit, what’s wrong with this movie, this is pretty cool! You got a villainous organisation headed up by ninja terrorists, so you can’t just arrest them, and you wind up with the tension about how to stop these people in the big conspiracy! That’s an interesting idea! A good schtick!’ 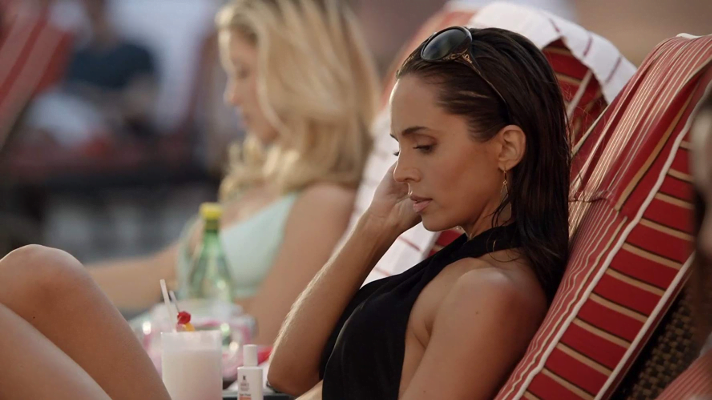 Anyway, the culmination of this movie is Simon Templar rats out the conspiracy to a member of the FBI, who Extraordinary Rendition the villain and stand around gloating about the powers they have under the PATRIOT act.

I sat back after that moment, at the sight of Simon Templar nodding, and going, yes, good, this is my plan all along, as they gloat about government torture cells taking the villain away and thought that maybe this fun movie about a stylish thief beating baddies with his wit and guile and finding ways to punish them that weren’t death or arrest, was just going to Super Arrest him, with the most blatantly evil thing the United States government was doing back in 2013.

And this is after a tense standoff where Simon didn’t kill the villain, because I dunno, he’d be morally tainted by that.

This movie was pretty fun when it was being brainless.

It was awful when it showed me what it thought was a cool finale.